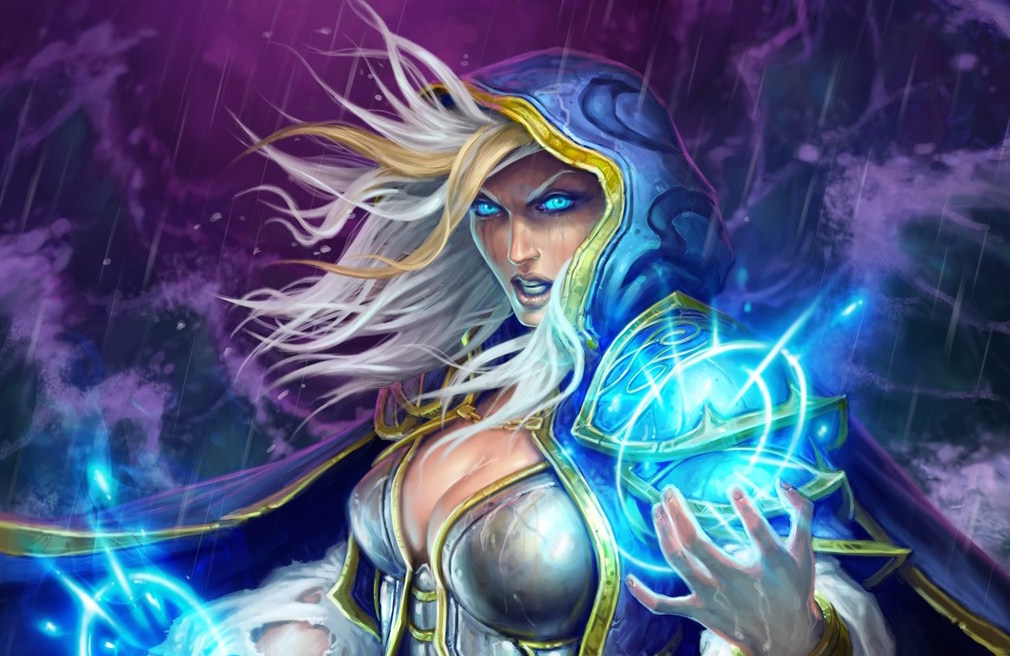 Mage is the first class you experience when you boot up Hearthstone, and the spell-slinging and card-generating stuff Jaina is capable of remains a lot of fun to this day. Whether it’s a Fireball to the dome or a Flamestrike to clear up the mess, Mage has awesome and powerful cards to play with across Hearthstone’s various formats.

Here are the best Mage decks for Standard, Wild, and Classic: though they may take some time and practice to figure out, these lists will help you shoot up the leaderboard.

If you played around the time of the expansion release, this deck was everywhere. Tribal synergy decks like Mech Mage are fairly easy to build and optimize, which means they get their time in the spotlight fairly early on, and then they recede somewhat once the other archetypes are figured out.

With one round of nerfs out of the way at the time of writing, Mech Mage still remains a more than viable deck, though it clearly has its limitations when it comes to sustainability. Against slower decks, it can be a viable option to hold back and reduce the cost of many Mechs with Seafloor Gateway, trying to OTK them with two (or even three or four depending on your Discover RNG) Mecha-Sharks. Let the fireworks begin!

One of the most skill-testing decks of the current format, Naga Mage allows you to generate a near-infinite set of resources by combining the effects of Spitelash Siren and Commander Sivara alongside a couple of cheap Nagas for powerful turns that allow you to generate a ton of resources while also swinging the board state in your favor.

The deck is truly incredible to pilot if you’re interested in the combo archetype, a challenging and interesting build to try to climb the ladder with. ‘Try’ being the operative word: unfortunately, there are enough aggressive options floating around that Naga Mage is severely limited in its potential, not that this stopped the best players in the world from reaching high Legend ranks with it over and over again.

That’s right, a repeat offender. Turns out adding a bunch of older good Mechs into a Mech deck makes it even better, so much so that it is a reasonable tool in the much wilder Wild metagame too.

Mechwarper and Galvanizer allow you to pull off much nastier tempo swings in the early game than their Standard counterparts. You can also make sure that you never run out of cards courtesy of Book of Specters or even Aluneth, the Legendary weapon that keeps on drawing and drawing and drawing more until the game ends.

Open the Waygate has been a foundation for one-turn-kill shenanigans ever since its release, and that remained the same in the Voyage to the Sunken City metagame as well. This time, the build is fused with the same Naga Mage shell that is also present in Standard, relying on repeated free turns courtesy of Grey Sage Parrot.

Even if you don’t have an OTK setup, you can get infinite time. It really struggles against aggressive opponents, but if you want to play solitaire, this is the best option.

One of the more unique and skill-testing archetypes in Hearthstone history, Freeze Mage decks had a gameplan revolving around freezing (or removing) the board, stalling out the game until they can play Alexstrasza and finish off the opponent with burn.

The timing-related challenges of this strategy are managed with your two copies of Ice Block, a card that is so good that it is now a special treasure in Battlegrounds and no longer part of Standard. If you never had a chance to experience it in action, it’s definitely worth a try to get a handle on a bit of Hearthstone history.

This is a bit of a cheesy one. It’s worse than most other aggro decks in the format with regular play, but if you can get Mana Wyrms online in the only turn, you basically become unstoppable. This makes the deck fringe playable, coupled with the added bonus that most of your opponents will mis-mulligan against you, expecting a Freeze Mage instead of all-out aggression.

You need to keep board control for the first couple of turns before transitioning into a burn-based gameplan, but if you are able to do so, there isn’t enough healing in Classic Hearthstone for anyone to take you down.