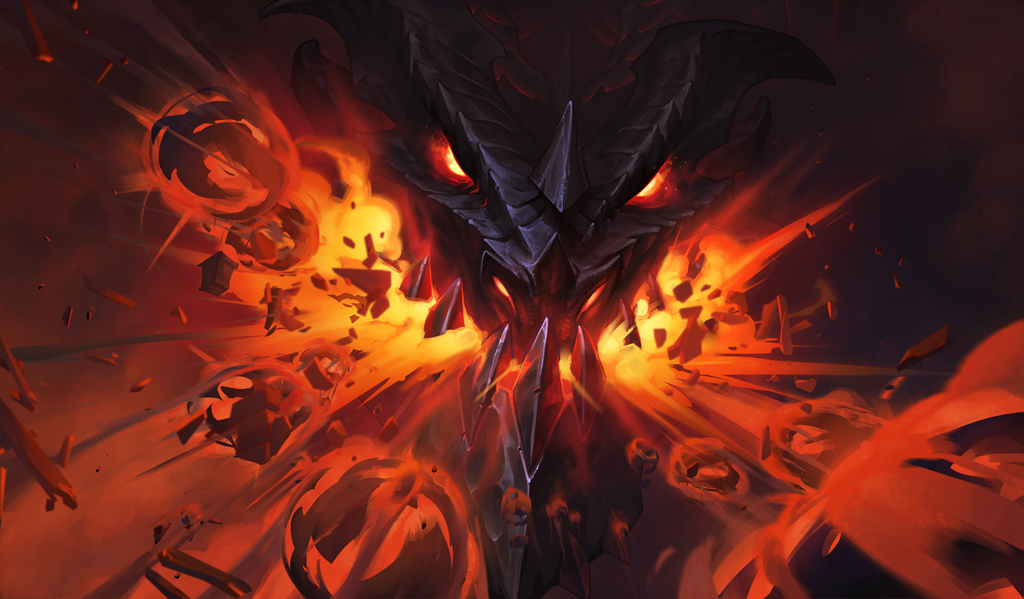 Shamans, get your dragon-training gear ready. Blizzard Entertainment has revealed the newest Legendary Dragon for Hearthstone’s upcoming Descent of Dragons expansion, and this time, it’s for the Shaman class.

Nithogg is a six-cost Legendary 5/5 Dragon-type with a Battlecry that summons two 0/3 eggs on its user’s side of the board. If they survive the opponent’s turn, the eggs will then hatch into 4/4 Drakes with Rush on the user’s next turn.

Opponents will be pressured into dealing with the two eggs before they can hatch, so players will do best to play Nithogg after first setting up a line of defense or when the opponent’s side of the board is empty. Strong taunt minions may be able to protect the eggs long enough until they’re fully hatched, but an opposing spell might be able to wipe both eggs before the following turn.

Nithogg will likely excel in Quest Shaman decks that revolve around Corrupt the Waters. At a six-mana cost, it’s unlike that the Legendary will contribute to the completion of the Quest, but it will instead benefit from its reward: Heart of Vir’Naal, a Hero Power that causes all Battlecries to occur twice. If played in coordination with Heart of Vir’Naal, Nithogg would double up on the eggs, spurring the opponent into responding accordingly.

Descent of Dragons releases on Dec. 10. Fans of the game can pre-order the expansion now in one of two bundle options from Blizzard’s online store.