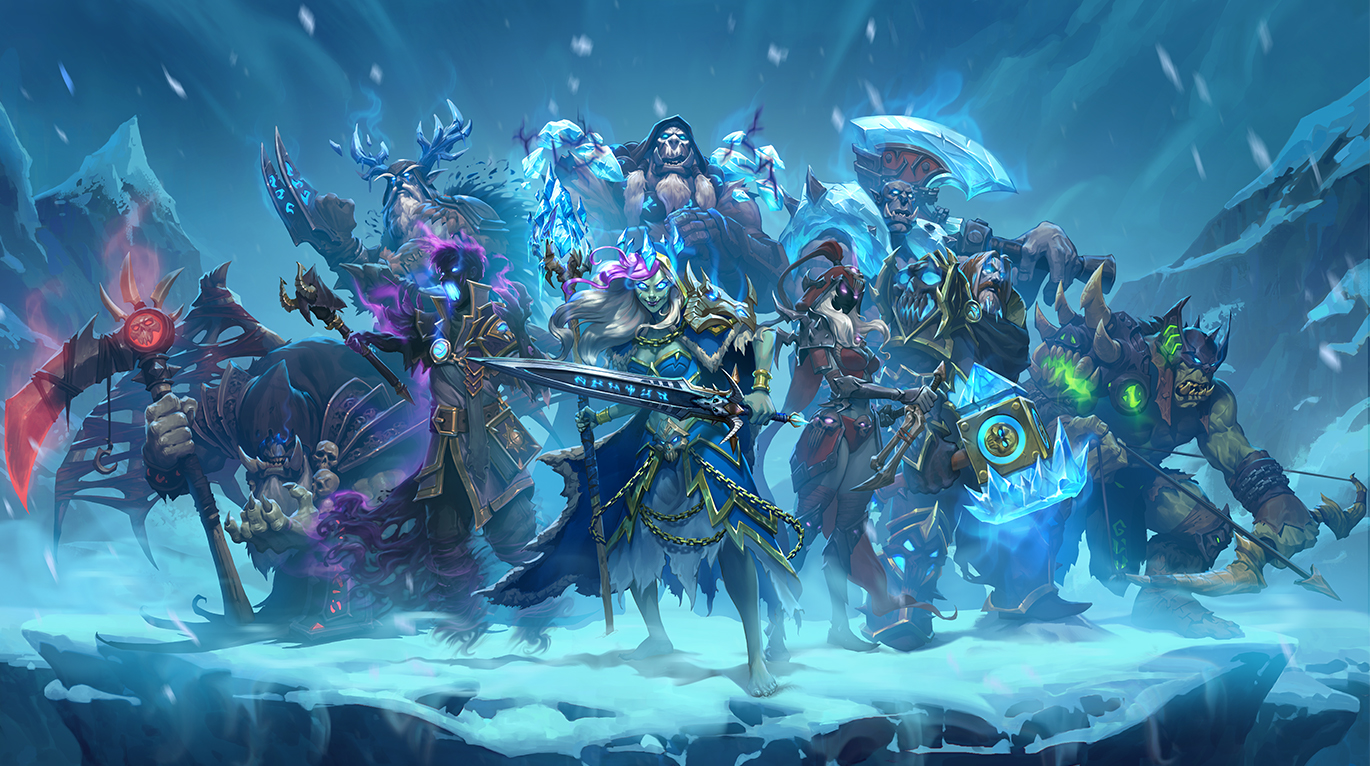 After its final card reveal stream, Hearthstone has shown the last of the Knights of the Frozen Throne expansion on Facebook.

The expansion will be released on Aug. 10 and will feature 135 new cards, as well as eight new playable missions free to everyone.

This is a new addition to a decision making mechanic that Hearthstone is testing with this new expansion. Though it provides a great body if your opponent kills it, it is a high cost to waste on a 2/2 if the Deathrattle is not triggered.

Similar to Dragon’s Breath and Solemn Vigil, this card is great when used as a follow-up to board clearing AoE. If used well this minion can become giant when playing against a zoo-type deck.

This card fits well into Rogue combo decks. When used with Counterfeit Coin and Preparation, Spectral Pillager can get bulked up to take down big minions or nuke the other hero.

Wretched Tiller is a cheap early minion that can end up dealing good damage to the enemy hero if not dealt with early. The likelihood of the enemy hero not having removal for a one health minion is low, however.

Possibly a good arena card that provides bodies on board but does not seem to fit into many constructed decks that will be played in the meta.

This card is similar to other cards that buff specific minions that carry a certain keyword. Though a strong card in arena, there will not be many decks built solely around Lifesteal.

Though decent stats with the potential to grow large, this card will not hit its trigger often, as heroes do not go through weapons every turn and this minion will most likely not be alive for more than one trigger of its card text.

A very interesting card that has multiple uses to it. The card can be used as a straight up two-damage removal card, or be applied to one of your own minions to take down a high health target all at a reasonable mana cost.

A similar card to Maexxna with slightly less health and a lower cost. This means that the card will probably not see much play as Maexxna is not popular either.

Not a good card to have on your side of the board, as it does not provide great stats for a low cost, but it may combo well with the new Warlock spell Treachery.

Similar in both name and action to the Warrior spell Bash, Gnash provides solid removal at a low cost for pesky early-game minions.

A potential card in new Paladin Divine Shield decks, but it’s not of much use outside of that specific deck style. Low stats and Spell Damage is not a keyword many decks focus on.

Another cheap early-game minion with low stats. It may be good in zoo decks or an arena run, but does not seem good for most competitive decks.