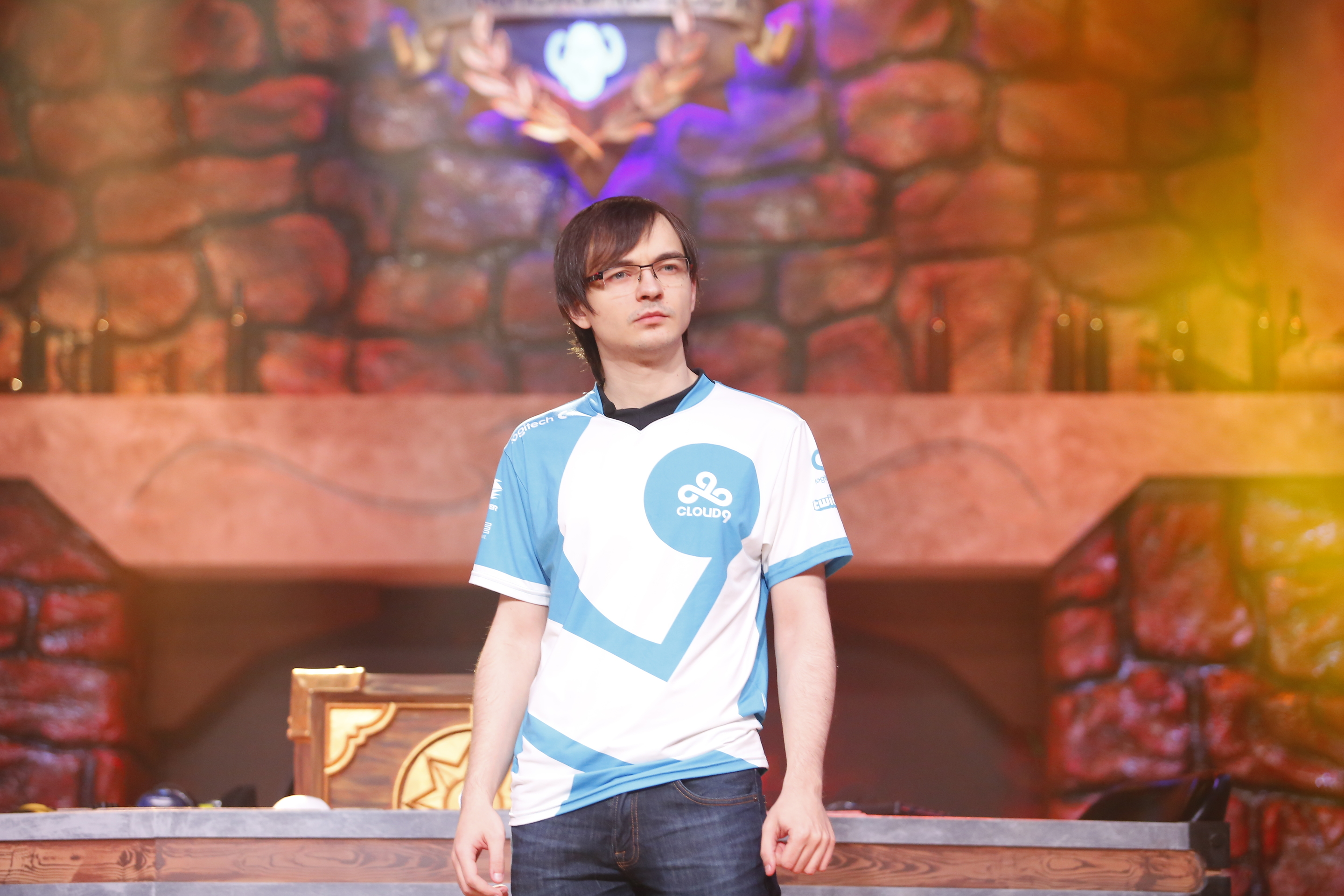 The 2017 Hearthstone World Championship is set to start tomorrow, where a new Hearthstone player will dethrone Pavel Beltukov, the champion of 2016, and claim the title of world champion.

The event will be the finale of the 2017 Hearthstone Championship Tour, after nearly a year of events leading to the finals in Amsterdam, the Netherlands.

One of the 16 finalists is veteran Ukranian star Aleksandr “Kolento” Malsh. Having competed in the 2014 World Championship, and winning many Hearthstone tournaments in his time, Kolento is no stranger to the world stage.

As the finalists arrived in the city over the past few days, Kolento spoke to the assembled press at a conference about his preparation for the event, his impressions of the new meta, and how he feels about the state of the game he has competed in for four years.

What follows are some of the best questions from the media conference call with Kolento. Along with Dot Esports, participants in the conference included Red Bull Gaming, Inven Global, and IGN.

Pavel won the last World Championship thanks to a Babbling Book draw. The card was known then as the Pavelling Book. The meta has shifted quite a bit since then. How do you think randomness will affect this year’s finals?

Kolento: Hearthstone is a card game. There will never be a situation in meta where randomness doesn’t affect the game. Right now randomness always affects the game. It’s only a matter of how much skill affects it. Because randomness will always be represented in the order of drawing the cards. Let’s say playing Razakus Anduin and you draw your five eight [Raza the Chained and Anduin Shadowreaper], you’re likely to win. Otherwise you’re not, if it’s bottom two in your deck. Those types of decks increase randomness in some way because it’s important to have those cards in the first half of your deck. You can say Razakus Priest, even though it has no random description in the cards, it’s still the most random deck that has ever been created, because of this. As for other decks, [there’s the randomness] or drawing cards. Keleseth—you draw it, you’re likely to win. Warlock is not so dependent for it, that’s why I like the deck so much.

In Kobolds & Catacombs, was it difficult to change your game style or decks?

Some cards are good, I added them in the existing lineup of decks. Warlock is kind of new. You can call it a new deck, it has some same cards. Things change with every single expansion. Some decks aren’t changed as much. It’s not a difficulty, it’s just necessary. It has happened in every single expansion, I don’t think any of the players here has any difficulty to adapt to it and bring what they think is the best.

With this current meta and Priest and Warlock being so powerful, do you feel that you had any opportunity to use your understanding of the game and of tech choices to actually bring different decks? Or was your deck selection kind of standard and there wasn’t much room for you to be creative and strategic?

Being creative and strategic in Hearthstone, where the player base is so large and a lot of pro players are working on decks, is not the best thing to do. You should just concentrate on being better inside of the game, and that should be the main goal. Outside of it, it doesn’t give you much benefit at all, decks are hard to discover and good guys are already at it.

You said you think your group is one of the easiest in the tournament. What are your expectations for your performance? Is there anything that might hold you back or frustrate you?

I don’t see the future, I don’t know what my biggest frustration will be. It’s hard to frustrate me, to start with. If I’ll be frustrated it will be some sequence of terrible draws, misplaying often. That can frustrate me. Just RNG I’m used to, I’d be okay I guess. What pisses me off is when I don’t play well, that’s it.

Looking at the decklists, there’s a lot of Druid, a lot of Priests, a lot of Warlock and Rogue. Why do you think the meta is stuck right now in these heroes?

Blizzard are balancing the game judging from mostly overall win rate of the deck. Razakus Priest is an easy deck to play if you draw five eight, and it’s pretty difficult when it comes to situations where both parts are not drawn. So you get in a lot of edge by playing well, if you’re playing this deck right. So if you’re looking at overall win rate and a deck is evenly good if you’re playing perfectly, that means the deck is broken in the right hands, if you know what to do.

As for Tempo Rogue, it might also be difficult sometimes, tempo rogue requires some good knowledge of the game when it comes down to trading or to trade better, how to play around AoE, so there’s a lot of edge to gain and also if this deck is good, and good overall win rate. So that makes it top tier. Same for the Warlock. It has a good win rate, and it can be even better in the right hands. As for some decks like Aggro Druids, etc, it’s just a meta call. People have predicted something. I don’t thing Aggro Druid is a good choice. Even though it’s showing good win rates, it’s not such a difficult deck to play. So it will drop in win rate in the right hands, if you’re going to pro tournament that people know what to do [against that deck]. Also, Aggro Druid will drop some percentages because on ladder, people mulligan towards Jade Druid, and in here we have open decks format, so it’s easy to keep your cards against aggro.

Is there any deck you find interesting or fun, but that you think you don’t play well enough to bring to the tournament?

A deck that I don’t play well enough? There’s no such thing.

Are there any decks that you thought about playing that were a bit more off-meta?

There are decks which are working well in a polarized environment. Let’s say people are bringing Jade Druid, Control Warlock, and Priest. You can bring King’s Bane and Exodia Mage and try to beat them. You will struggle against aggro lineups, and you’re probably 90 percent to lose, 80 percent to lose such a match if you queue into aggro, if you happen to face an aggro player. Even if people just bring two aggro decks you’re really not as favorite as you want to be with your strategy. It’s a Conquest format, so if the person has two aggro decks and you bring in such lineup, even if it is a single deck it might be like 30 percent for every single deck you have. So if you have like 75 percent against everything else, you’re likely to lose that much.

You already told us you don’t think Aggro Druid is a good deck. Is there any other deck that you’ve seen in the lineups that you really disagree with bringing?

I don’t necessarily disagree with bringing Druid. It might be fine. Decks are not so far from each other in terms of win rate, it might be just a prediction of what people expected. There are a lot of Rogues, and Druid is okay against Rogue. It’s not crazy good, but it can win. It’s slightly okay against Jade Druid. It should probably be beating something, I don’t know. But it also doesn’t lose to any of the decks that come to the tournament. People are trying not to take many risks I guess that bring it. I didn’t really check every single deck out of the players. I just saw players in my group, so the deck differences in my group are just some tech cards. Jason has Acidic Swamp Ooze in his Warlock. That doesn’t seem so important, Ooze is not a good card.