That is one heck of a Battlecry. 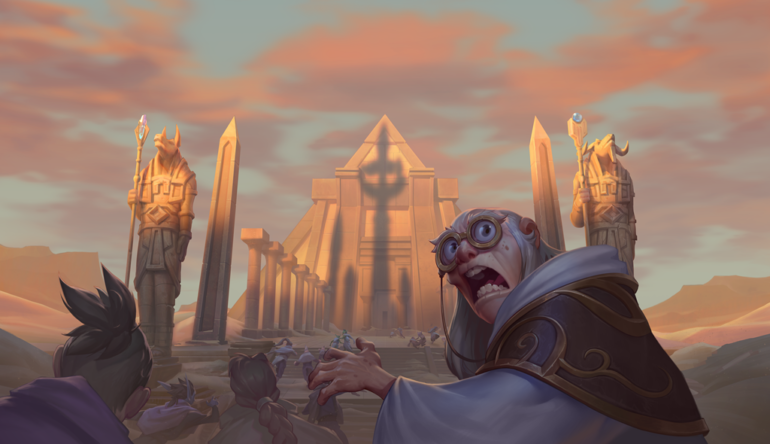 So far we’ve seen some pretty crazy effects on cards set to join Hearthstone with Saviors of Uldum.

It doesn’t get much crazier than the effect on the new Legendary minion, King Phaoris.

Though his mana cost may be high, King Phaoris definitely has the potential to produce value that makes him worth it. In the right deck, Phaoris can provide a late-game play that can be incredibly difficult for your opponent to recover from. Expect to see tons of players experimenting with King Phaoris during the early weeks of the expansion.

Check out all the new cards coming to Hearthstone with Saviors of Uldum when it goes live on Aug. 6.