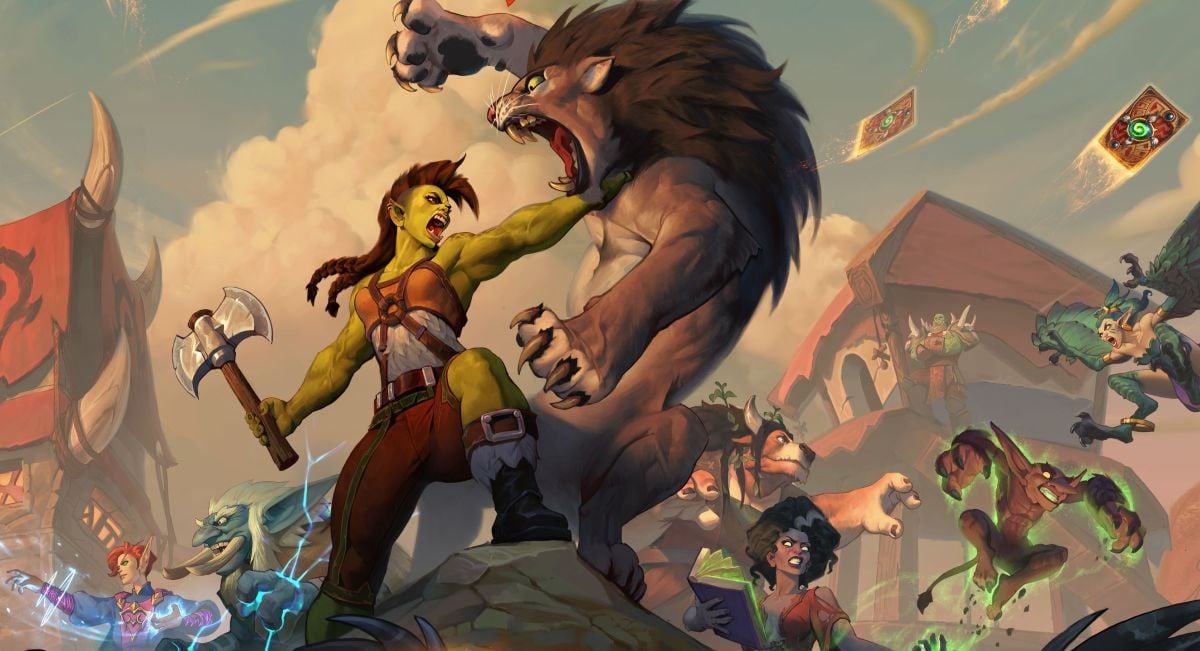 Hearthstone is heating up with the latest card to join the game’s Forged in the Barrens expansion.

Barak Kodobane is a five-cost Hunter Legendary with three attack, five health, and a Battlecry. When the card is placed on the battlefield, it draws a one, two, and three-cost spell.

The card has the ability to draw spells like Arcane Shot, Quick Shot, and Deadly Shot, for example. It might not be the most suitable card for the Hunter class, but it most certainly has potential in Constructed. Hunter has very little card draw, something the class has been lacking since day one.

In a recent Rock Paper Shotgun interview with Hearthstone production director Nathan Lyons-Smith, he laid out the team’s plans for card draw in the expansion.

“A lot of what made things feel so powerful over the last couple of years was resource generation,” he said. “As a result, both the new cards from Forged In The Barrens, and the core set that will replace the current package of cards the standard format is built on, will focus more on drawing cards than creating them at random.”

Forged In The Barrens is scheduled to go live on on March 30. Stay tuned for more card reveals.