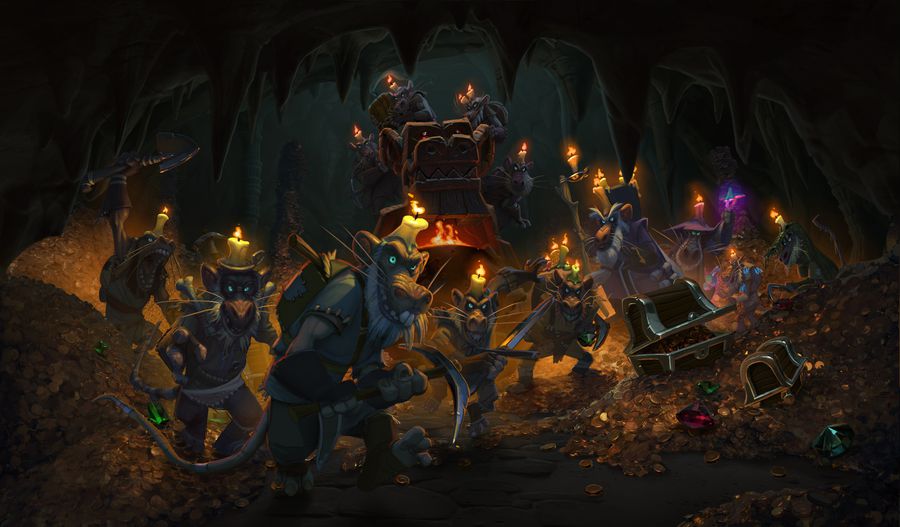 The first week of Kobolds and Catacombs card reveals has come to a close.

Forty-nine cards of the 135 card set were revealed this week through content creators, organizations, and news sites alike. And now this week’s final card has been revealed. 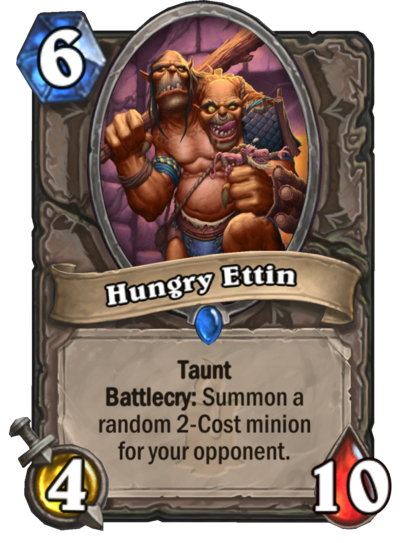 At face value, Hungry Ettin is a decent body for a Taunt minion. Ten health should absorb at least a couple of attacks, and Ettin’s attack power may be strong enough to trade with some lower cost minions.

Hungry Ettin’s Battlecry trigger, however, limits its constructed playability. You generally want to avoid giving your opponent cards. Playing a Taunt minion that generates pressure against you just feels counterintuitive.

You could certainly do worse than this in Arena, but in Standard, Hungry Ettin may stay on the sidelines.