Hey, guys! I’m Chriseroi, a relatively new Hearthstone player who started in June of 2015 and has been playing and enjoying it ever since as a high school student! Don’t write me off just yet, though; I love Hearthstone just as much as you guys and have been working my way up ever since I started. Thus, the full title isn’t actually “Hearthstone Journal,” but rather, “High School Journal.” While I heavily enjoy reading a lot of these guides on Hearthstone Players from various parts of the community, each of these guys seem to have some sort of luxury that I can’t afford, unfortunately, whether it be time, money, or both. I wanted to contribute to the community by giving you a peek inside my own little amusing journey, whether it’s climbing up the ladder, getting better at Arena, or even just me building up my collection. I really hope you enjoy reading these little journals every week as much as I enjoyed writing them!

This is part five of a weekly series. Be sure to read the previous entries here!

You know, it’s been a while since I last wrote one of these – two weeks, in fact! I do apologize to those who may have been expecting one for the last couple of weeks, but my schoolwork started to pile on and on, and I just didn’t have any time to get around to write another one of these without killing myself with sleep deprivation.

On top of that, though – and I don’t believe I’m alone in this – but Hearthstone has become so boring as of late. Or perhaps, it might be more accurate to say that it’s become quite stale. It’s the same decks on ladder for the past two months, and even grinding for gold has become too much of a…well, grind. I’m still on top of my daily quests, so it’s not like I’m completely out of it. Just a little bit. 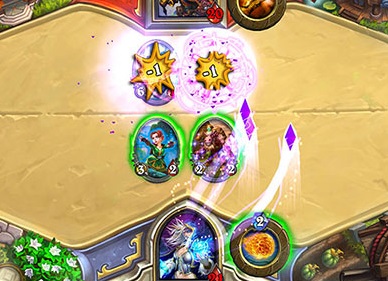 There’s only so many times you can do the same thing over and over again.

I really, really hope Standard can shake things up just a bit more than the usual expansion, because as much as I love Hearthstone, one can’t help but want to move on after a bit of disappointment. For those Nintendo fans out there, you’ll probably understand when I mention Paper Mario. The newest game in that series was announced the past week with an incredibly disappointing premise, and I’m starting to lose faith in the franchise. Thanks for the memories, but if Hearthstone and Paper Mario don’t shake it up sometime soon, I might just have to move on. Fingers crossed that’s not the case!

Nope, nothing this time! I’ve been saving up my gold for the upcoming expansion (2400 and counting!), so I’ve refrained from purchasing any card packs lately. I don’t really need any more cards right now anyway, so there hasn’t really been a desire to buy anything anyway.

However, I learned last week that cards from the Reward set (namely Old Murk-Eye and captains-parrot) won’t be awarded anymore, I decided that since Old Murk-Eye is a legendary (and a really cool one, at that!) I should craft the missing epic, Murloc Warleader, while I can still get him.

It’s funny, because I never realized how cool this guy actually looks until you actually have him in your collection. He’s kinda neat! Maybe I should use him sometime, but I don’t know…

In any case, I better get ready for my fifth HSL match!

This is actually, for all intents and purposes, my second real match – after I fought Yuri, my next three opponents never showed up, so I won three by default. So it should still stand to reason that I’m incredibly nervous, as always.

After he contacted me in order to schedule our match, we talked a bit about what decks we were using. He said he was using the following three classes: Paladin, Warlock, and Warrior.

Round 1: Renolock vs. Secret Paladin

Okay, so it might be a bit unfair to say that it’s hands-down a Secret Paladin – it was actually more like a Aggro Paladin with a couple of secrets. He never pulled out any other Secrets besides Repentance and Avenge, and most of his minions were rather low-cost minions such as Knife Juggler and Shielded Minibot, along with Argent Squire.

Still, he managed to overwhelm me early in the game before I could draw Reno Jackson, so that sealed the game for me.

Round 2: Tempo Mage vs. Renolock

You know, inconsistent or not, I really love my Tempo Mage deck. It’s one of the most fun decks I’ve played in a while, so even if I lose due to highly inconsistent card draw and a Voidcaller into malganis leading into a Lord Jaraxxus play the next turn, it’s totally fine since I’m having fun, right?

That’s what I keep telling myself, anyway.

Round 3: Tempo Mage vs. Control Warrior

I’m not even going to bother with the specifics.

This is depressing. Even though I’ve placed sixth in the standards so far, only the top four move on, and they’re ridiculously top-tier players, two of whom include Yuri and Lustrial. 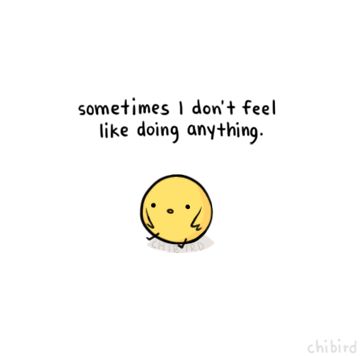 I apologize for the rather short length of this week’s article, but there’s not really much to talk about since nothing’s happening, unfortunately. I can’t even bring myself to elaborate on the events of my match because it was so one-sided, and I apologize if I disappoint any of you guys out there by not doing so. If you guys even choose to read what pretty much amounted to a bunch of venting, thank you so much! I’ll try my best to write a new one every week after each HSL match. If you guys want to ask questions, give constructive criticism, or even yell at me for the stuff I said here, feel free to comment below! If you want to add me, my Battletag is Chriseroi#1902, and I hope to see you all in a game of Hearthstone sometime soon!