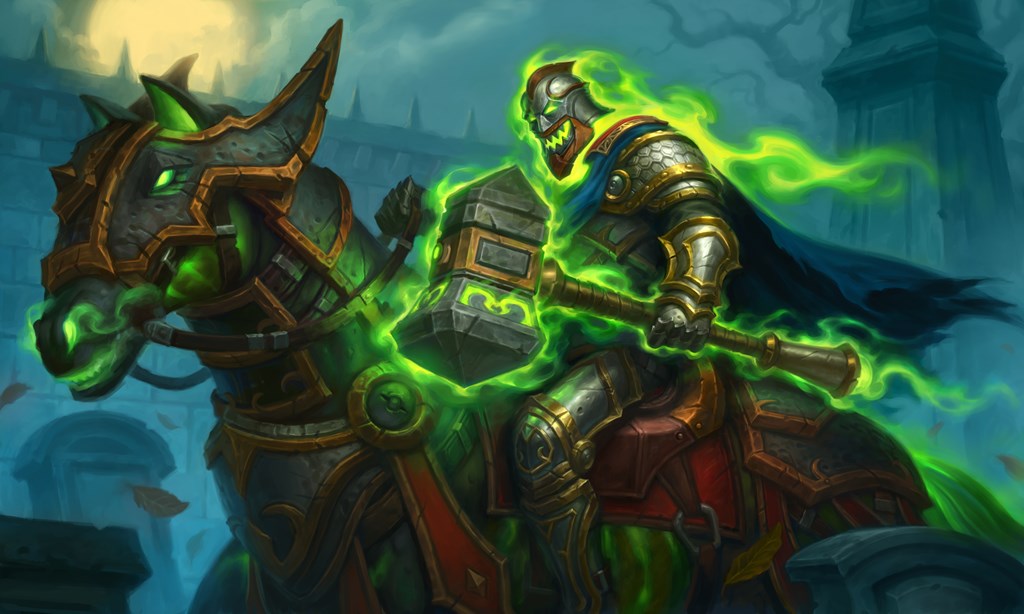 Blizzard has updated Hearthstone players on the state of the Scholar Jaina and Horseman Uther hero portraits.

Scholar Jaina and Horseman Uther will both receive unique voice lines, start-of-game voice lines, and a few additional special voice lines in a future patch, according to a post by Hearthstone community manager Kerfluffle. This response from Blizzard comes after a plethora of feedback from the community about the state of the new portraits, which Kerfluffle acknowledged in the post.

Kerfluffle said the team listened to community feedback regarding emotes for the two portraits and would also apply that feedback to upcoming hero skins. The next skin will launch with new emotes for all six regular board interactions and a few other commonly played lines, according to Blizzard’s post.

Kerfluffle also revealed that additional hero portraits set to join the game with the Book of Heroes adventure will launch without unique voice lines but will have them added in a future patch, just like Jaina. Kerfluffle added context to the situation, saying the team started with the idea of adding skins for classic heroes that allowed Blizzard to get more options for visual customization into the hands of players at a quicker than normal pace.

Kerfluffle said the team missed the mark by not painting a clear picture of the difference between these skins and the alternate heroes that have been released in the past. Players are accustomed to alternate heroes launching with a variety of unique audio and visual effects. Kerfluffle said the team plans to get these points across better in the future.

The comment section of this post reveals that a number of players would have been much more likely to buy the Scholar Jaina pack if the portrait had unique voice lines. Many players are calling for Blizzard to re-release the bundle in the future. It’s unclear if Scholar Jaina will rejoin the store at a later date.