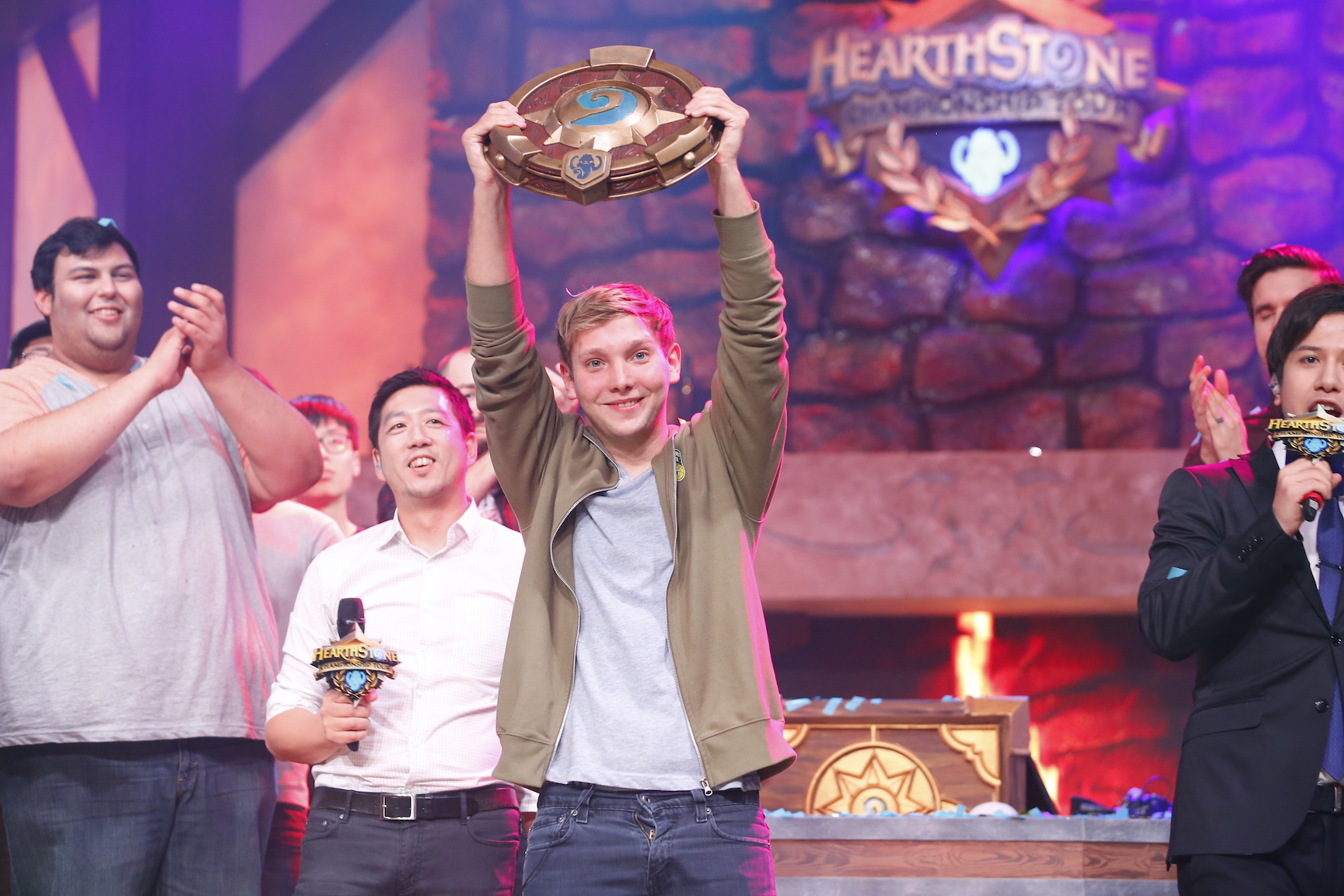 Frederik “Hoej” Nielsen claimed the second Hearthstone Championship Tour title of the season in Shanghai, China, beating out his fellow European players to claim the trophy.

Hoej had a tough run through the group stage, needing a five-game decider against multiple time championship participant Hakjun “Kranich” Baek to advance to the top eight. But once in the playoffs he only dropped one game en route to the title.

In the semifinals Hoej defeated the only non-European in the top four, Ant Trevino, 3-0.

Ant, Hoej, Kolento, and fellow semifinalist Eugene “Neirea'” Shumilin will all advance to the Hearthstone World Championship due to be held in early 2018. They join Winter champion Aleksey “ShtanUdachi” Barsukov, SamuelTsao of Taiwan, and the North American pair of Frank “Fr0zen” Zhang and “DocPwn”.

The Chinese players had a nightmare performance on home turf in Shanghai, with all four crashing out at the group stage with just one win between them. A number of the players have attributed this to a format change in the championship that was communicated to the Chinese players just days before the deck submission deadline—and significantly later than to the other regions.

The Winter Championship was held with a best-of-seven format in each match, with the Spring Championship changed to best-of-five. According to Jason Zhou, the change was not made clear to the Chinese cohort until mere hours before the deck submission deadline.

China has no representatives in the World Championship at this stage, after the disappointing performance in the Bahamas and in Shanghai.