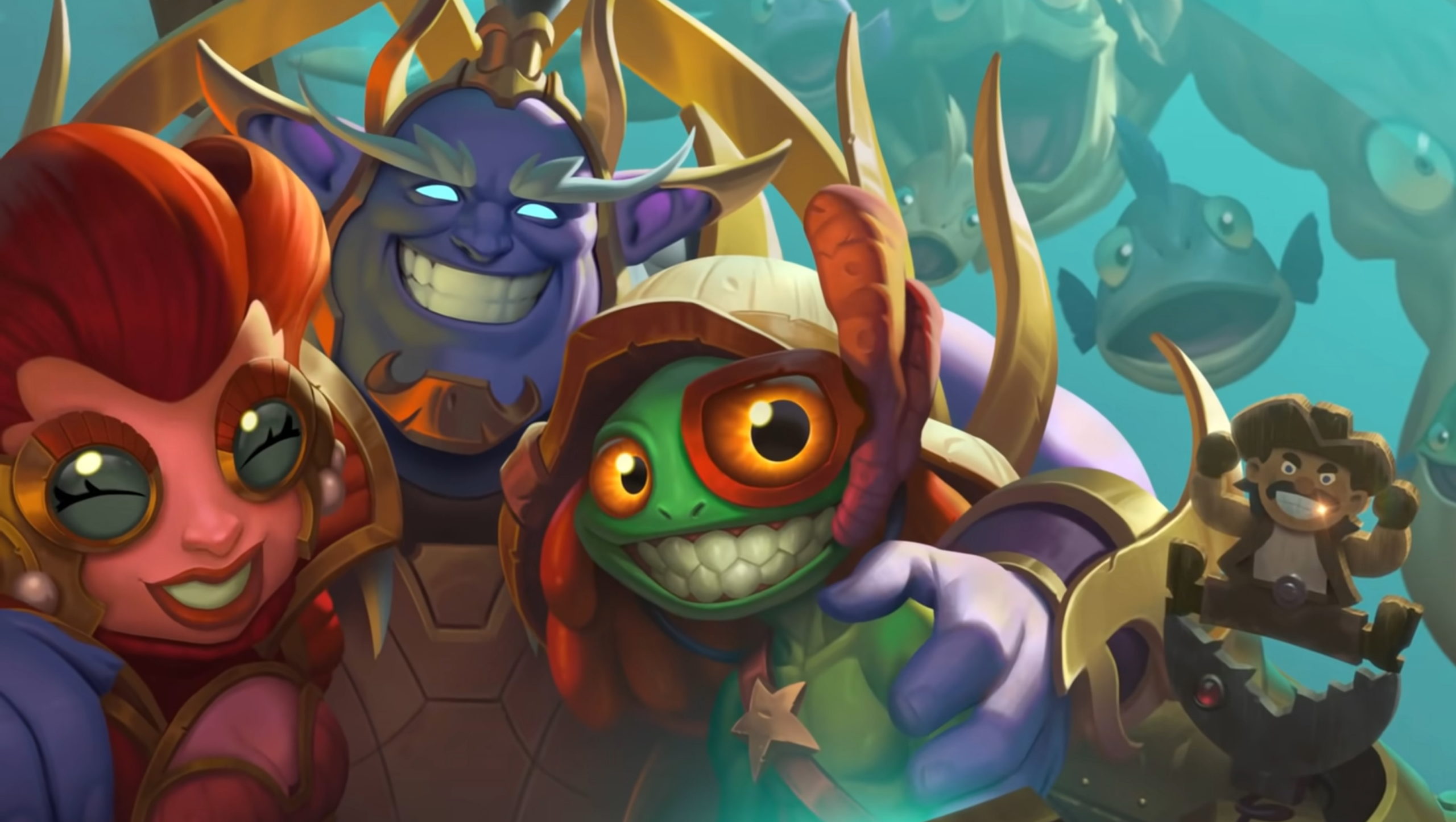 The Voyage to the Sunken City is in for one heck of a detour. Hearthstone’s new Throne of the Tides mini-set is now live.

Players can get a full set that includes a total of 66 cards (a playset of each) for $14.99 or 2,000 in-game gold. If you don’t want to buy the set as a whole, you can bust open all of these new cards in Voyage to the Sunken City packs. If you want a super fancy golden version of the set, you’ll have to drop the big bucks at $69.99.

Many of the cards coming with the mini-set expand on concepts introduced with Voyage to the Sunken City. You can expect more interesting Colossal minions like Ozumat, who is an eight-cost Octopus with Colossal +6 that summons all of his tentacles. If you’ve been enjoying the Colossal keyword, the Throne of the Tides mini-set shouldn’t disappoint.

You can head into Hearthstone right now to check out every card introduced with the Throne of the Tides. You can snag the entire set for yourself with real money or gold by heading over to the in-game shop.