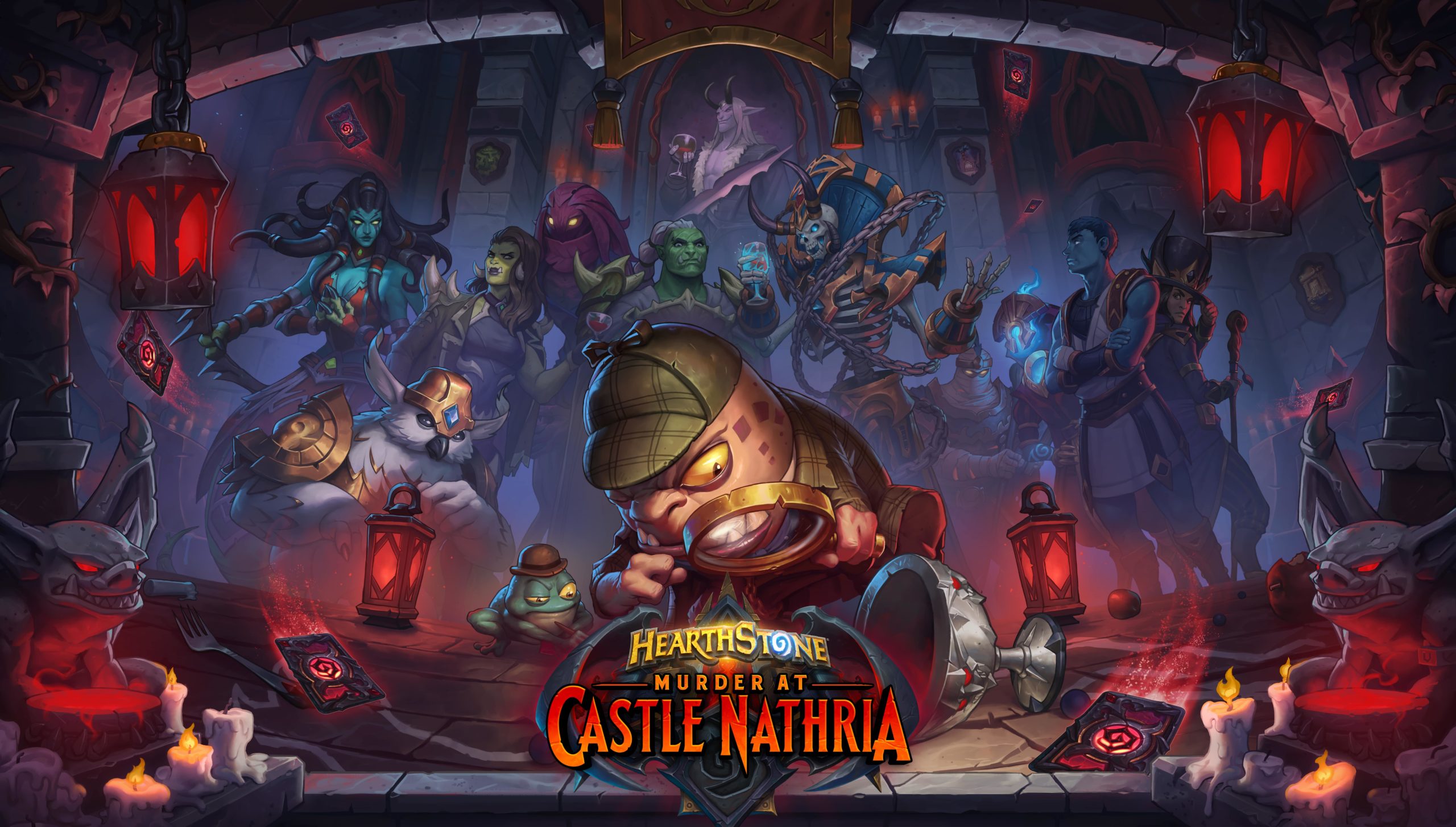 If you thought your adventures in the Shadowlands were over, then you are gravely mistaken. Hearthstone’s next expansion is Murder at Castle Nathria, Blizzard announced today.

In the trailer, Sire Denathrius illustrates the murder mystery tones of the expansion as he implores players to solve his murder. Murder at Castle Nathria will introduce a variety of new features and keywords to Hearthstone, as is to be expected with a new expansion. The expansion will include 135 new cards, including 10 Legendary suspects.

The new suspects are characters that were in the castle at the time of Denathrius’ death. Every class will have a suspect card that is a powerful Legendary minion. The expansion will also introduce the keyword, Infuse. Cards with Infuse draw anima from wayward souls. Practically speaking, this means they sit in your hand and after a specified number of friendly minions die, they can transform.

Murder at Castle Nathria will also introduce a new card type for Hearthstone, Locations. These are similar to field spell cards you may have seen in other card games. They are played onto the battlefield for an initial cost and then have an ability that can be activated for free on your turn. Each activation will remove one durability from your Location card.