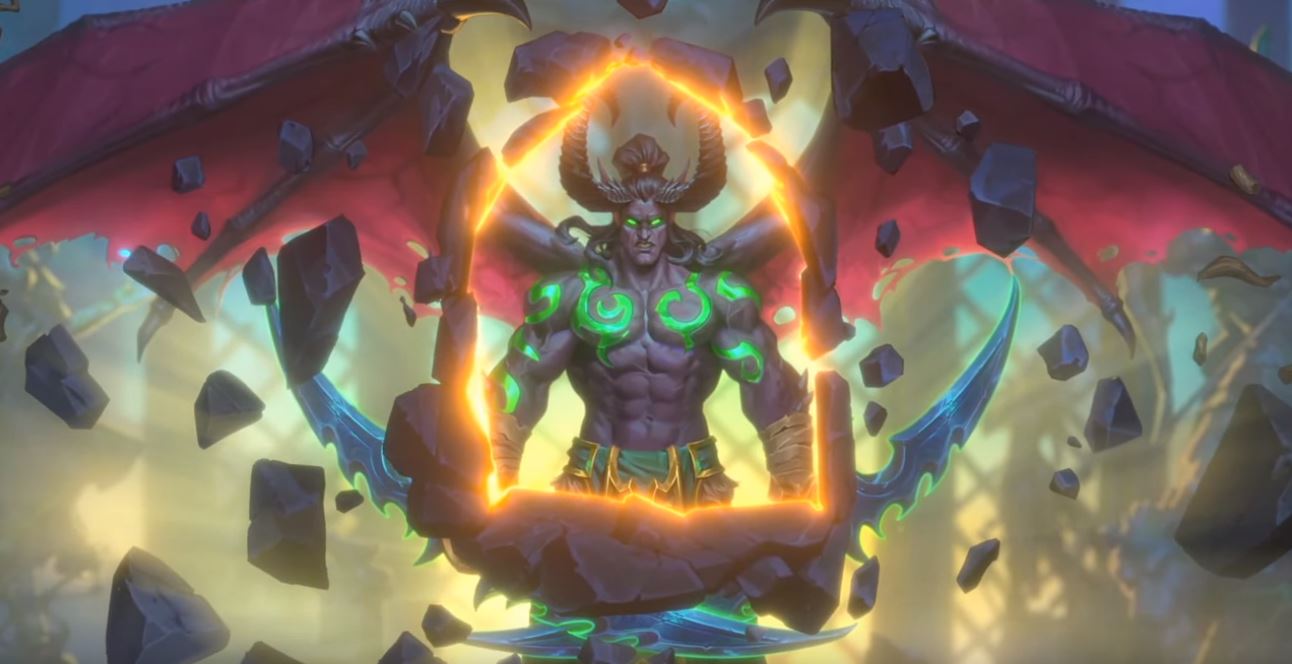 The dreams of the Hearthstone community were realized today when Blizzard introduced its new expansion, Ashes of Outland.

Undoubtedly the most exciting part of today’s announcement is the information surrounding the Ashes of Outland, namely the new class, Demon Hunter. Much like their World of Warcraft counterpart, the Demon Hunter in Hearthstone looks to be an in-your-face damage dealer.

The Demon Hunter’s Hero Power is called Demon Claws. It will only cost one mana and gives the Demon Hunter +1 attack for a turn. This is similar to Druid’s Hero Power, which makes sense because Illidan and Malfurion are brothers.

The team also plans on revamping Hearthstone’s ranked system. Instead of just being a numbered star system, players will now be able to climb from Bronze to Diamond. Players will be reset to Bronze at the beginning of a season but will earn stars faster based on how well they did in the previous system. The new ranked system will debut alongside a plethora of rewards that you can see in the image above.

You can look forward to playing Illidan and all the goodies coming with Ashes of Outland when it launches on April 7.