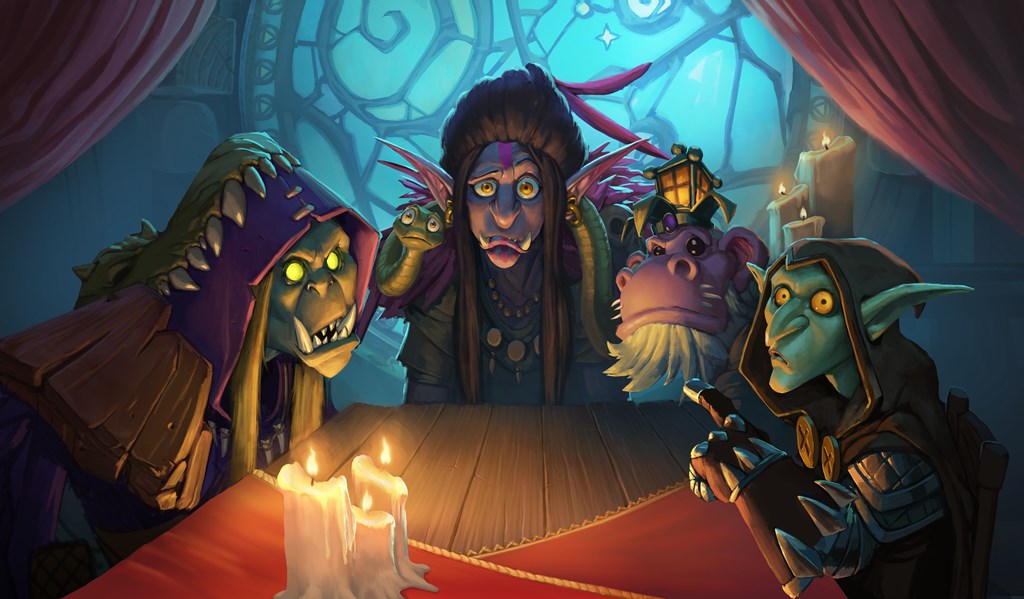 It may not be Halloween in real life just yet, but the holiday festivities are in full swing in Hearthstone.

Hearthstone’s new Halloween-themed event, Doom in the Tomb, is now live. The event will last for almost the rest of the month, coming to an end on Oct. 30. Over the course of the next three weeks, players will be able to participate in Halloween-themed activities throughout Hearthstone. The event brings with it three new Tavern Brawls, including Doom in the Tomb Part 1.

Doom in the Tomb Part 1 will be the first brawl in the event and it’ll be structured similarly to a dungeon run. During the brawl, players will have to team up with the League of EVIL to run through the Haunted Temple. Completing the run in under an hour will reward a Rastakhan’s Rumble card pack. Doing so in under 40 minutes will earn players a Golden common copy of Ancient Mysteries. You’ll also have the chance to earn six more additional packs and a pile of gold throughout the run.

In addition to a number of new Tavern Brawls, players will be able to participate in Dual-Class Arenas during Doom in the Tomb. For the next three weeks, you’ll need to choose a Hero and then Hero Power anytime you start an Arena run. The cards you’re offered will come from both of your chosen classes, plus neutral cards. If you have an active run when the event goes live, your run will be terminated and you’ll receive an Arena ticket as compensation.

This event will also see 23 Wild cards return to the Standard Format. Meta shaping cards like N’zoth, Ragnaros, and The Curator will all be eligible for play in Standard once again starting today. If Blizzard wanted to shake up the meta, this is definitely one way to do it. You can check out a full list of returning cards here.

Doom in the Tomb will also bring a variety of event-themed Legendary quests. At the start of each week, you’ll receive a new Doom in the Tomb Legendary quest. These quests will either award current card packs or tons of gold. In addition to packs that can be earned through quests, logging into Hearthstone during the event will net you a bundle of five packs.