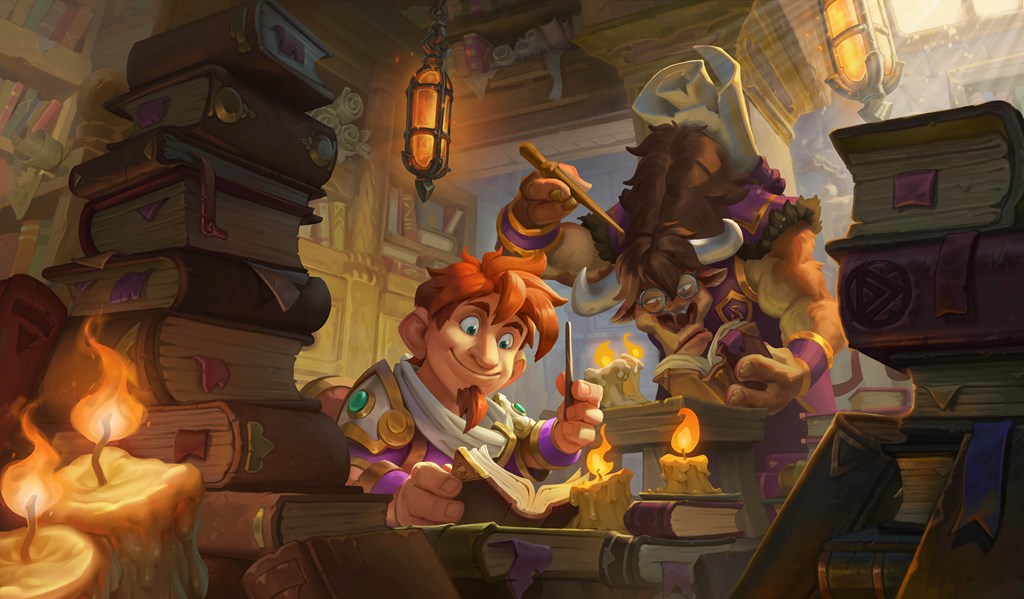 The Masquerade Ball brings with it a series of legendary quests that reward a fair amount of card packs from Standard. And you can start grinding the latest quest in the chain right now.

When the latest Hallow’s End event originally went live on Sept. 29, it marked the debut of the first legendary quest in the chain. To complete the quest that went live today, you’ll need to first complete the quest from Sept. 29. All you need to do to achieve this is play the featured Dual-Class Arena mode.

The second quest, which went live today, Oct. 6, requires that you play 50 cards in any mode. Doing so will earn you a Scholomance Academy card pack, a Descent of Dragons card pack, and a Year of the Dragon card pack. This shouldn’t require you to play more than two or three games of Hearthstone, depending on the rate of the deck you play.

Next week you’ll be able to earn three more card packs by taking on the latest addition to Hearthstone’s new Book of Heroes. The upcoming chapter will feature the Hunter Hero, Rexxar. Defeating Leoroxx during Rexxar’s Chapter will earn you a Scholomance Academy card pack, a Saviors of Uldum card pack, and a Year of the Dragon card pack.

You can take on Rexxar’s Book of Heroes starting on Oct. 13. You can complete the first and second tasks in this legendary quest chain right now.