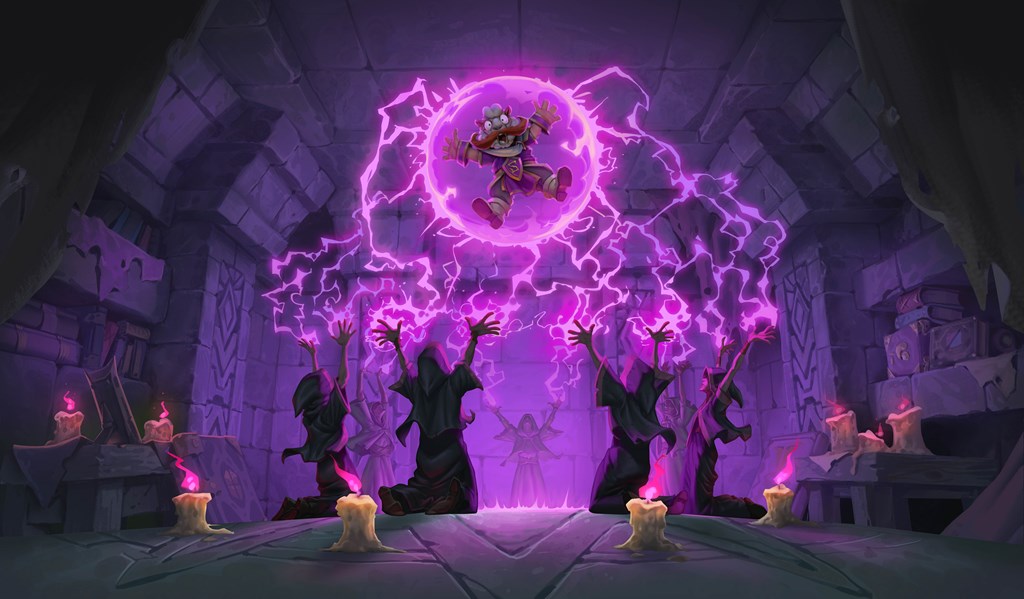 Starting in one week, players will once again be able to celebrate the spooky season through Hearthstone’s Hallow’s End event. Much like how we view its real-life counterpart, Halloween, Hallow’s End is a big deal to the citizens of Azeroth.

When players go to log in to Hearthstone, they’ll now see a countdown leading up to the Hallow’s End event. This countdown aims to remind players that they’ll need to finish their current Arena run before it expires upon the arrival of Hallow’s End. If you’re someone who’s never partaken in the Hallow’s End festivities, this could be confusing.

During the Hallow’s End event, the Arena adopts new rules. When entering an Arena run, players will be able to first choose a Hero, then choose a separate Hero Power. Players will then be able to draft cards from both classes for their Arena deck.

During your run, your Hero portrait will feature a costumed version of whoever you’ve chosen. Though Blizzard hasn’t explicitly said if players can expect to see this Arena mode next week, it’s been featured during every Hallow’s End event. Additionally, if it wasn’t returning, there would be no reason for the above timer.

In addition to the special Arena mode, Hallow’s End always brings unique emotes and festive greetings. You’ll be able to wish your opponent a happy Hallow’s End while potentially playing on a decorated battlefield. The Stormwind and Orgrimmar Battlefields are replaced with versions that feature Hallow’s End decorations.

Most years, the Hallow’s End event also brings a few unique features as well. Last year’s Hallow’s End event was themed around the Doom in the Tomb and featured two new Tavern Brawls. Since Hallow’s End is set to take place on the heels of the Forbidden Library event, perhaps it will feature more Scholomance Academy themed fun.

You can find out for yourself what Hallow’s End 2020 goes live next week.