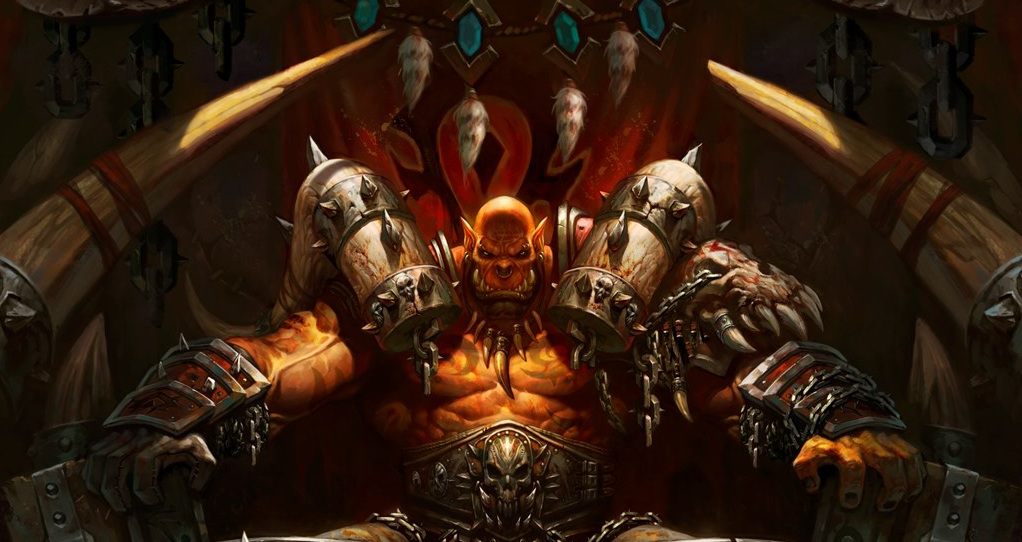 The Warrior class offers two different but equally resilient decks to crush your opponent under a heap of fire and metal.

Play Taunt Warrior and create a monolithic defense that paves the way for a fiery finish. Or, be the aggressor and overwhelm your opponents with pirates and weaponry with Pirate Warrior. The choice is yours. Legend is waiting.

Taunt Warrior revolves around completing the Quest card Fire Plume’s Heart, activating its reward, Sulfuras, and putting the game away with a new Hero Power that deals eight damage to a random enemy. Quest completion is contingent upon playing seven Taunt minions, so naturally the deck is composed of the class’ best options. It takes time to deploy that many Taunt minions, so the deck requires resources that extend the game. Card draw, single target removal, and AOE clears round out the list and provide the necessary cover to ensure Quest completion.

Taunt Warrior’s engine relies on playing Taunt minions on curve. Stonehill Defender is the most significant of the lot, simultaneously providing an early board presence and drawing another Taunt minion that fills out the curve. Tar Creeper provides an early buffer against aggressive strategies. Dirty Rat offers the most utility and, consequently, is the trickiest to play. The card combos well with Brawl late, but may be used at earlier stages in the game depending on the matchup.

Pulling a bounce minion out of Quest Rogue’s hand before his Quest is completed is a huge swing in your favor. Pulling an Arcane Giant out of Miracle Rogue early could spell disaster. Bloodhoof Brave, Alley Armorsmith, and Direhorn Hatchling contribute on curve plays in the middle turns of the game. Curator draws into more Taunt minions for the last push to complete the Quest. Primordial Drake tops the curve and unlocks Sleep with the Fishes and Execute while providing an imposing board presence late game.

The deck buys time to complete its Quest through several resources. Fiery War Axe and Execute are Warrior staples and provide minion removal in the early and late game, respectively. Sleep with the Fishes and Brawl give the deck board clear. Effects from Whirlwind and Ravaging Ghoul activate Sleep with the Fishes and Execute, or create more profitable trades via Fiery War Axe or minions. Acolyte of Pain provides necessary card draw and profitably interacts with Whirlwind effects.

Identifying your role in the matchup is key to having success with this deck. Against aggressive decks, completing the Quest is no longer a priority. Mulligan the Quest away and play to survive to the late game. Your natural board pressure should take the game from there. Against slower decks, you are the beatdown and you should look to complete the Quest before your opponent can reach your late game threats. Look for cheap Taunts off Stonehill Defender, especially in the mirror match, to expedite the process. If you must play Dirty Rat early, ensure you have Execute to back it up in case you pull one of your opponent’s late game threats. If you run into a lot of Burn Mage on ladder, switch your Acolyte of Pains for Shield Blocks to help against Alexstraza and the Mage’s burn package.

Pirate Warrior is one of the fastest decks in the format and strives to end the game before the opponent has a chance to gather and respond. The deck gathers velocity in the early game through Pirate and weapon synergies that snowball into a fast finish. Minions continuously apply pressure to the opponent’s life total while weapons keep the board clear, create profitable trades, and provide the last bit of reach to end the game.

Powerful Pirate synergies create an imposing board presence that demand an early response from the opponent before they take over the game. The deck is stocked with low-cost Pirates, namely N’Zoth’s First Mate and Southsea Deckhand, that enable Patches the Pirate to enter the field for free. One of the deck’s strongest openings plays N’Zoth’s First Mate, triggering Patches the Pirate, then Coin into Southsea Deckhand, resulting in four attack applied to the board. Bloodsail Raider follows this explosive start and thrives in a deck with consistent weapons, providing a strong attack value at an efficient cost. Southsea Captain bolsters Pirates on the field, and Bloodsail Cultist upgrades a weapon—provided there’s another Pirate on the field. Naga Corsair and Captain Greenskin further empower a weapon while simultaneously applying board pressure as the game reaches its final stages.

A consistent weapon in play is critical to this deck’s success. Weapons keep Pirates alive, create profitable trade opportunities, and provide the remaining reach to close a game if necessary. N’Zoth’s First Mate provides one as early as turn one. Fiery War Axe deals with minions in the early and middle turns. Arcanite Reaper provides a substantial amount of attack on the back end for that final push. Upgrade empowers and lengthens the life on the equipped weapon. An upgraded Fiery War Axe increases trade potential and allows Dread Corsair to impact the board for free as further protection for your Pirates and pressure for your opponent.

The remaining cards in the list are pretty straightforward. Frothing Berserker provides another must-answer threat to the board. Kor’Kron Elite and Leeroy Jenkins offer middle to late game burst potential. Spellbreaker is a recent addition to the deck and gives it the ability to push damage through an enemy Taunt.

Piloting an aggro deck to success requires constant evaluation of the board state, lots of mental math—and believe it or not, patience.

After the first few turns, your first question once you draw should be: “Can I win the game this turn?” If so, find the line and make the play. If not, then what do you need to do to set up lethal on the next turn? Or the turn after that? Plan your turns carefully. This deck churns through its resources quickly, so any missed damage may result in a loss. Always mulligan Patches. Sequence your plays correctly to get the most value out of your empowered weapons. Against aggressive strategies, prioritize proactive trades with the board. Once you have control of the board, you’re free to attack your opponent’s life total. Against controlling strategies, you need to end the game before your opponent can reach his late game power. Prioritize pressure on your opponent’s life total. Keep track of the removal your opponent uses to deal with your threats, and gauge when it’s time to turn the corner and go all-in.