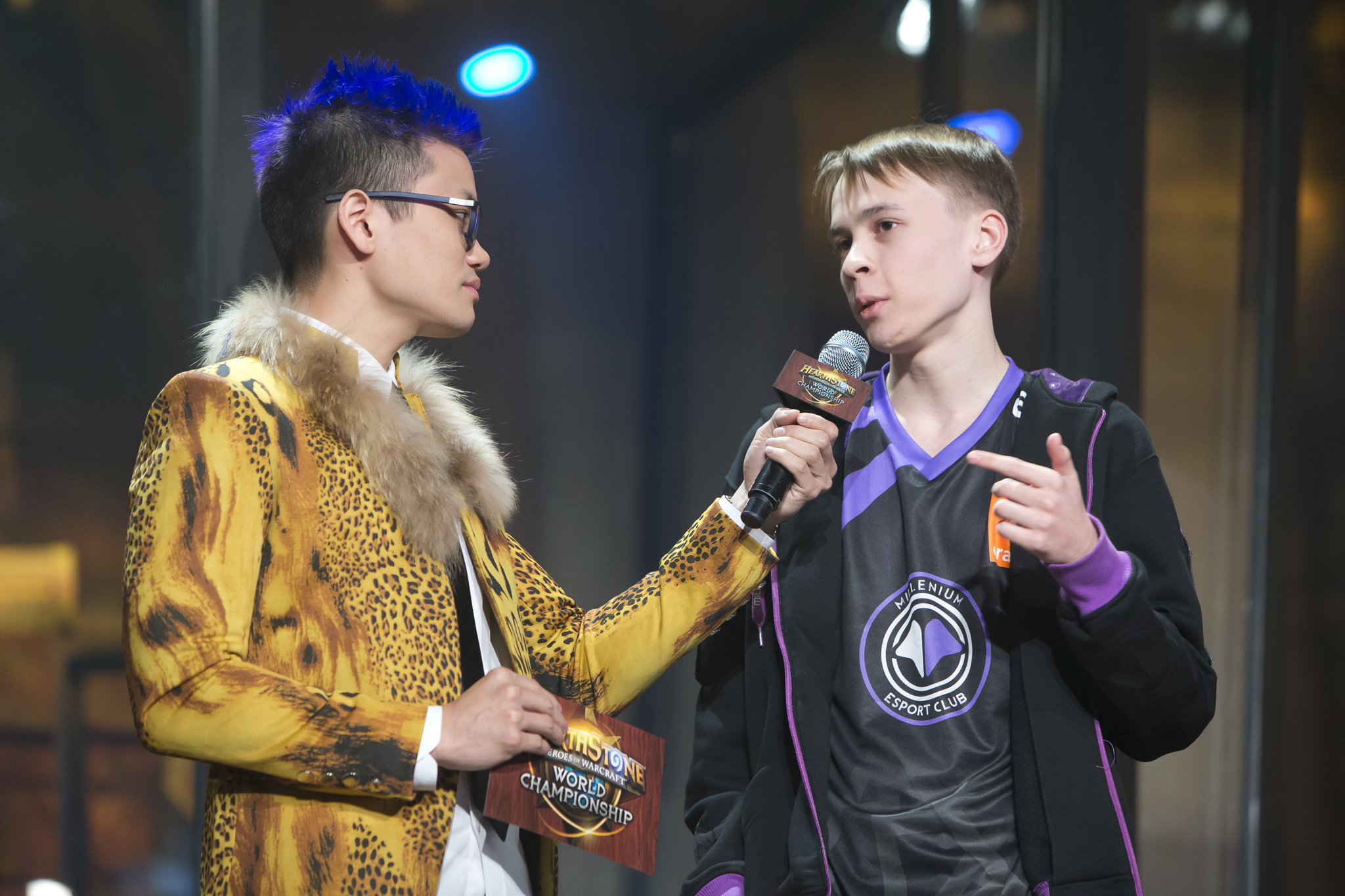 With Europe’s four entrants for the Hearthstone Championship Tour Winter Championship now decided, the contingent might well be one of the strongest possible on paper.

After a two day swiss tournament and a top eight single elimination shootout, four players have advanced from the European region to the $250,000 championship in the Bahamas.

That group of players will be led by reigning world champion Pavel Beltukov, who defeated Israel’s “Glaser” in the final match to qualify for the Winter Championship. After shaky Pirate Warrior play and finding himself 2-1 down, Pavel had to rely on solid counter match ups with his Reno Warlock and Mage decks to come back and take the win.

Pavel will be one of two Russians representing Europe in the Bahamas, as perennial contender Aleksey “ShtanUdachi” Barsukov finally booked his place at a major event with a win over France’s “Anatkh”.

2014 World Championship competitor James “Greensheep” Luo finally booked a return to a major event after making it through the swiss stage by the skin of his teeth thanks to his strong tiebreaker on a 5-2 record. The Brit took out the undefeated Mikuláš “Pokrovac” Dio, a heartbreaking result for the Czech Republic player.

Eugene “Neirea” Shumilin will be the fourth and final player in the group, after defeating his Team Liquid teammate Jeffrey “Sjow” Brusi in five games. Neirea, who competed in the 2015 World Championship, avenged a loss to Sjow in the final round of the swiss portion of the tournament.