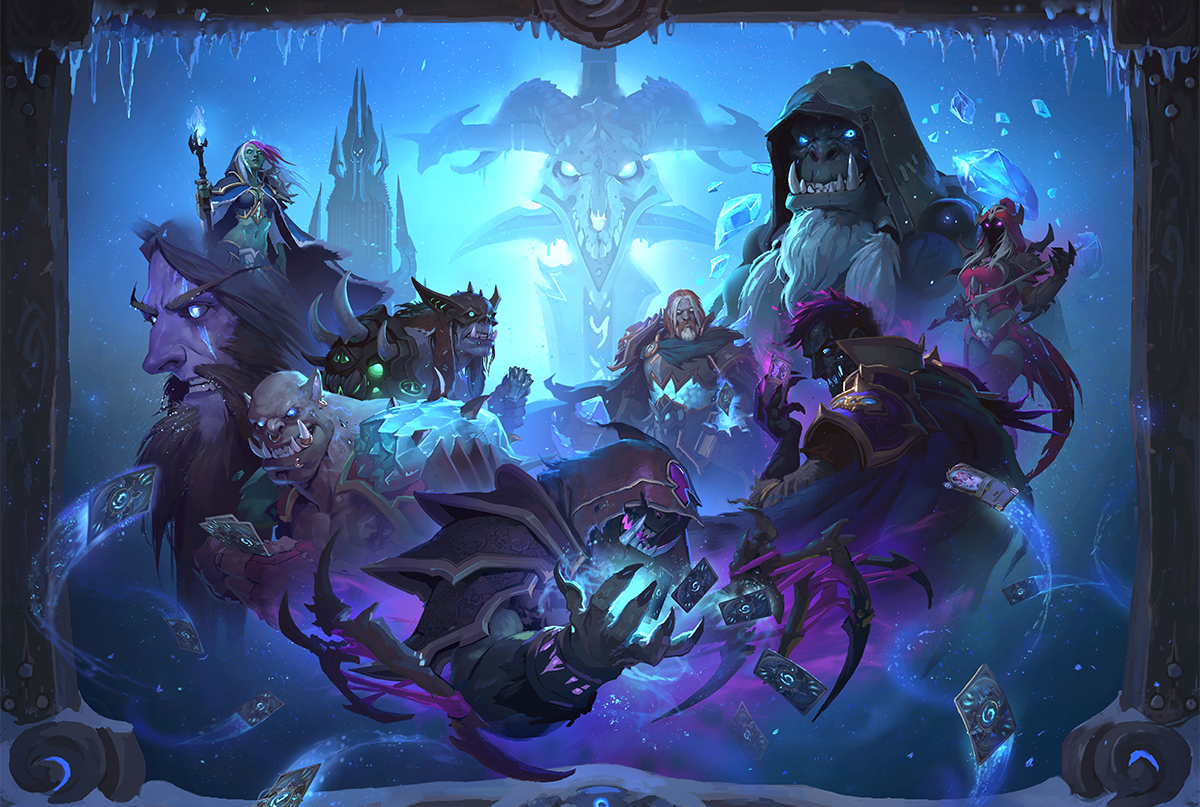 There are some big changes in Hearthstone today, with Blizzard patching the game ahead of the Knights of the Frozen Throne expansion release.

Knights of the Frozen Throne officially goes live on Aug. 10, including 135 new cards and eight unique missions, which are free for all. Two of the missions, the Prologue and Lower Citadel, are available on release. The rest of the missions will be released on a weekly basis.

Related: All of the new Death Knight cards

You can earn free card packs for each set of missions finished, and will receive a random Death Knight card for facing the Lich King in the Prologue. The final unlock is available for players who beat the final mission with all nine classes. The reward will be the new Paladin hero portrait, Prince Arthas.

Arena has been changed slightly with this patch, so if you receive a single card as a reward from the chest, it will be golden. Drafting has also been changed with the first two card sets more likely to include synergy-based cards.

Dreadsteed now summons another Dreadsteed at the end of the turn instead of immediately on death. Wickerflame Burnbristle and Mistress of Pain now feature the Lifesteal card text. Finally, Fandral Staghelm now applies to hero powers as well as cards, due to the new Druid Death Knight hero power.

With the new patch, there are also some hints at upcoming features in the game’s code. This includes a Pirate Day-themed event, which gives some gold and changes certain voice lines for heroes. Included in the patch are two of the new card backs, which look to be earned through a Twitch promotion, two new chalkboard art for brawls are also shown, and finally there seems to be a legendary sleeve for legendary cards.

Blizzard included a few more changes ahead of the new expansion’s release, check out the patch notes for the full list of updates.