The first iteration of balance changes for Hearthstone’s new expansion, Forged in the Barrens, is arriving tomorrow.

Blizzard revealed the notes for the upcoming Patch 20.2 today. The update will bring much-requested alterations to notable cards from Mage, Paladin, and Neutrals for a total of six changes. Aside from the card updates for the Constructed Ladder, the patch also includes notable changes to Battlegrounds, Duels, and Arena.

Here are all of the important takeaways from Patch 20.2 notes. 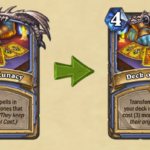 Dev comment: Watch Posts are meant to act as an interesting tech-package when dealing with certain gameplans. Right now, though, they act as go-to options in many classes, sporting quite high win rates for disruption-based cards. To cut into their power, we’re reducing the Health of both Far Watch Post and Mor’shan Watch Post. This change will make them easier to deal with on turns two and three, lowering the investment barrier for removal to better match the options available on those early turns. 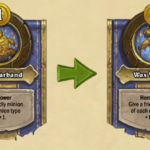 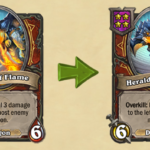 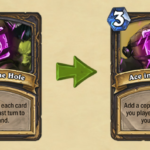 You can try out a new meta in your favorite game mode when Hearthstone Patch 20.0.2 goes live tomorrow, April 13.