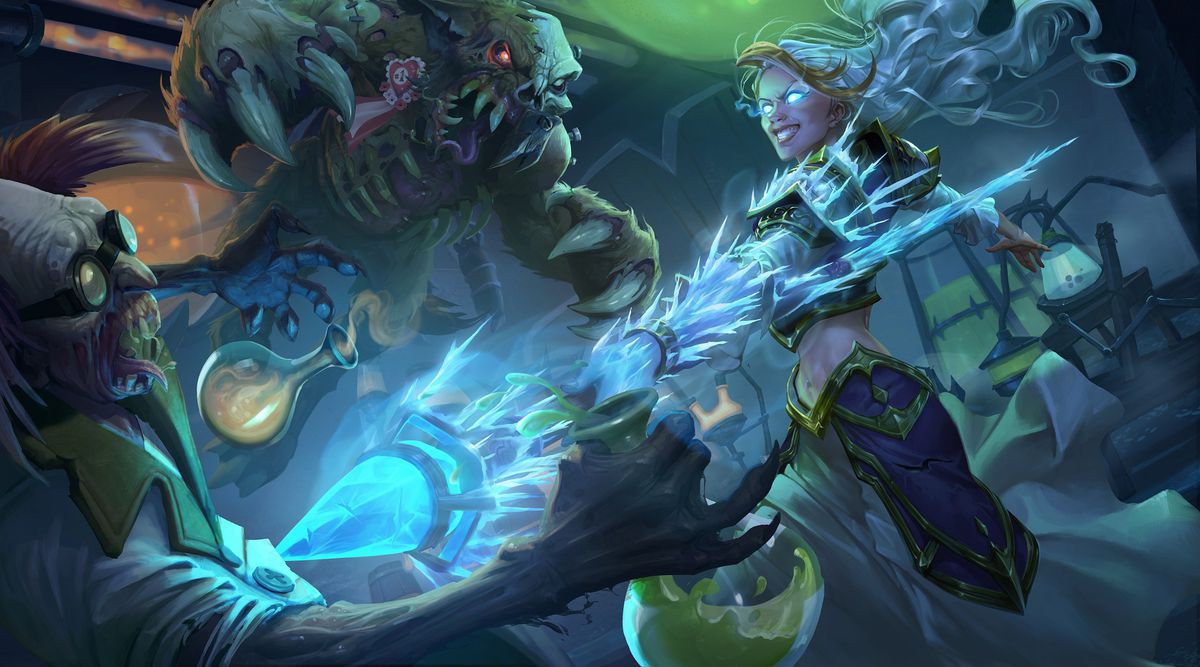 Get excited, Hearthstone players. Lots of new cards in the latest expansion have finally been revealed.

Another batch of Knights of the Frozen Throne cards were announced by senior game designer Matt Place and esports personality Sean “Day9” Plott during the Blizzard reveal livestream today. The more cards that are revealed, the closer we are to finally seeing the full 135 card expansion, which will be released sometime in August.

This card might not look impressive, but it does look cute. And zero mana beast synergy could well be significant. This is a card that may well find its place somewhere.

With Rogue getting a new weapon buff in the set, that gives your weapon Envenom, this is a decent Rogue weapon tool. Assassin’s Blade and Perdition’s Blade are not in meta, but this stat line is far better.

This card could wipe your opponent’s board. It’s nuts. This could run forever if your opponent’s board lines up well. Even if it doesn’t, a Whirlwind is generally great utility for Warlock. Because of this card, Dreadsteed has been changed to summon a new Dreadsteed at the end of the turn—otherwise it would be an infinite loop.

This is a great buff card for Shaman, potentially making it scary in Token Shaman. Freezing the minion is potentially a significant drawback. But when you have that big a board, freezing a token for a turn is probably not that bad a deal.

Bringing cards back from the dead has become a big feature of Priest. While most of the cards with this mechanic are random, this one allows you to choose from three using Discover. If you build your deck correctly, this is great to give you another big minion option.

This is a very cute design, of course complimenting the vanilla Sorcerer’s Apprentice. If something like Freeze Mage or Miracle Rogue was oppressive, this could be a great meta pick. It’s a good tool for the utility box, but it might not see play regularly.

Control and Fatigue Warriors rejoice, this might be the best tool for surviving the end game we’ve ever seen. Combined with cards like Elise and other card generation available, this could allow survivability that has never been seen before.

Unleash the Scarabs? This could cast a massive anti-aggro board, if you can survive that long as a Ramp Druid. The cast again mechanic is interesting, hopefully there will be answers soon on if it triggers Auctioneer, Yogg, and other similar cards every time it summons a Scarab.

The remaining seven Death Knight Hero cards will all be revealed next week, in what Blizzard is dubbing “Hero Week.”