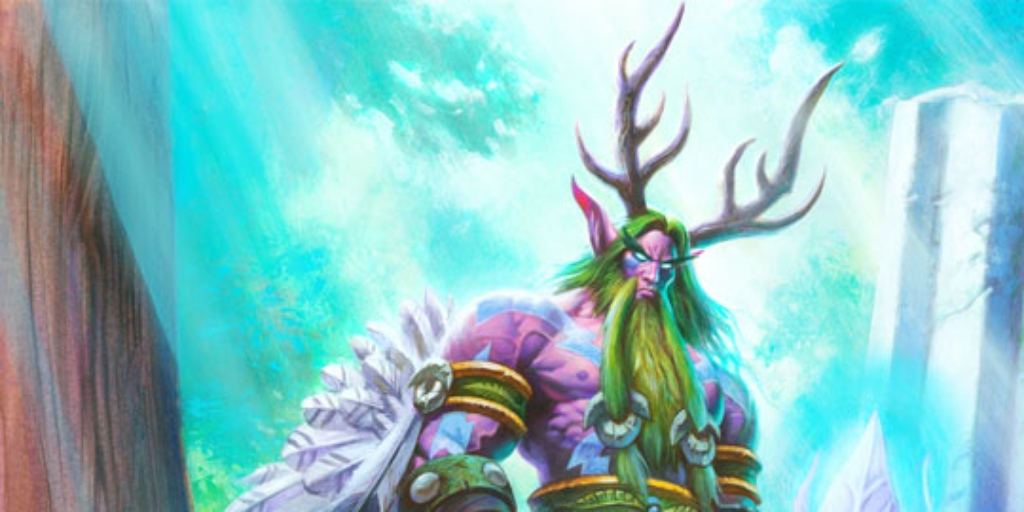 It’s been nearly a month since the release of Knights of the Frozen Throne, and Druid has been dominating the ladder since day one.

Players were crying out for changes almost immediately, with Blizzard monitoring the situation closely—and it’s taken decisive action in a set of nerfs announced today.

Druid has been targeted the hardest, with the new card Spreading Plague changed from five to six mana. This card is an incredible anti-aggro tool for the class, and gave a strong answer to one of Druid’s biggest weaknesses to date.

But Blizzard has also targeted a staple of the Druid class from the Classic set, and a card that many have wanted nerfed forever—Innervate. Instead of granting two extra mana crystals, the card now just gives one. That’s the same as the Rogue card Counterfeit Coin.

But if you thought Druid was the only class getting targeted, boy were you wrong. Three more Classic set cards have also been nerfed.

Chief among these is Fiery War Axe, which will now cost three mana—up from two. War Axe has been an auto-include in just about every Warrior deck since the beginning of Hearthstone, and with the prevalence of weapon buff cards in Pirate Warrior it’s become even more of a problem. Three mana might still be playable—Paladin’s currently playing Rallying Blade, which is basically a three-mana War Axe.

In an attempt to tune down the power of Murloc Paladin, Blizzard has also nerfed Murloc Warleader. The powerful buff card previously gave all Murlocs +2/+1, but now will only buff the attack of Murlocs. That means that wide Murloc boards won’t be as difficult to kill.

And finally, Hex has also been nerfed to four mana from three. Hex wasn’t causing a huge amount of problems in the current meta, but was a very cheap hard removal—and that was always going to be potentially problematic moving forward.

These changes are absolutely massive. Not only do they address the current Druid problem, they address some of the most problematic cards in Hearthstone’s history. How this will impact on the ladder and competitive metas is unclear at this point—but hopefully it will at least mean a bit less Druid in the short-term.