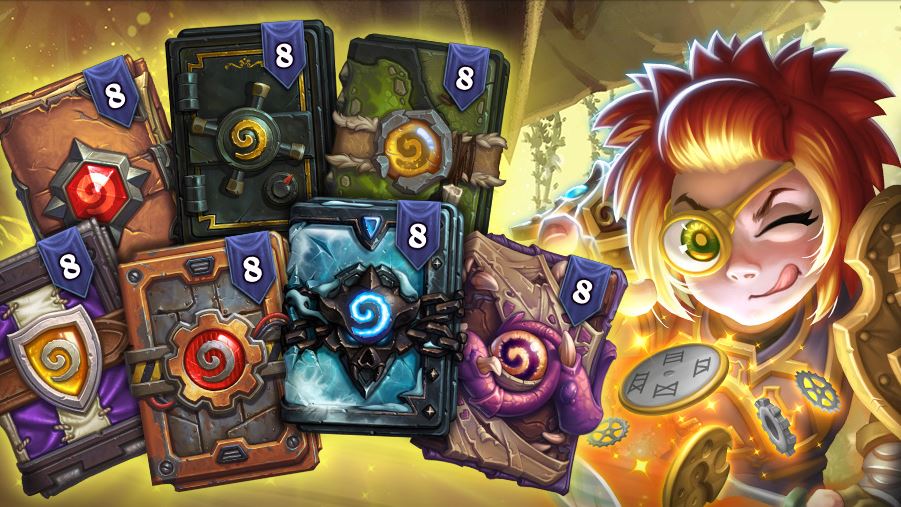 Since Hearthstone players don’t have the option of purchasing used cards like those who play extended formats in other card games, building your Wild collection can be a pain.

Luckily for aspiring Wild format competitors, however, this month you can beef up your extended collection with Toki’s Wild Bundle.

Now through July 1, players will be able to find Toki’s Wild Bundle in the shop for $34.99. Toki’s Bundle will include eight packs each from seven different expansions for 56 card packs total. This means players will be paying less than one dollar a pack. Though Wild cards can still be crafted with Arcane dust, if you don’t enjoy spending your dust on old cards then this bundle’s value is hard to beat.

The bundle has packs from all the expansions in Wild which includes Goblins Vs Gnomes, The Grand Tournament, Whispers of the Old Gods, Mean Streets of Gadgetzan, Kobolds and Catacombs, Knights of the Frozen Throne, and Journey to Ungoro.

Players probably recognize the bundle’s mascot, Toki, Time-Tinker. Much like Chromie from World of Warcraft, Toki is involved with time travel. Time-Tinkers enjoys correcting and exploring various timelines from within Azeroth’s history. This makes Toki the perfect candidate for someone to bring back some card packs that are a blast from the past. Mage players may also recognize Toki as a Legendary minion from the Witchwood expansion.

If you’re interested in this bundle then don’t let the time slip away. Toki’s Wild Bundle will be available until July 1.