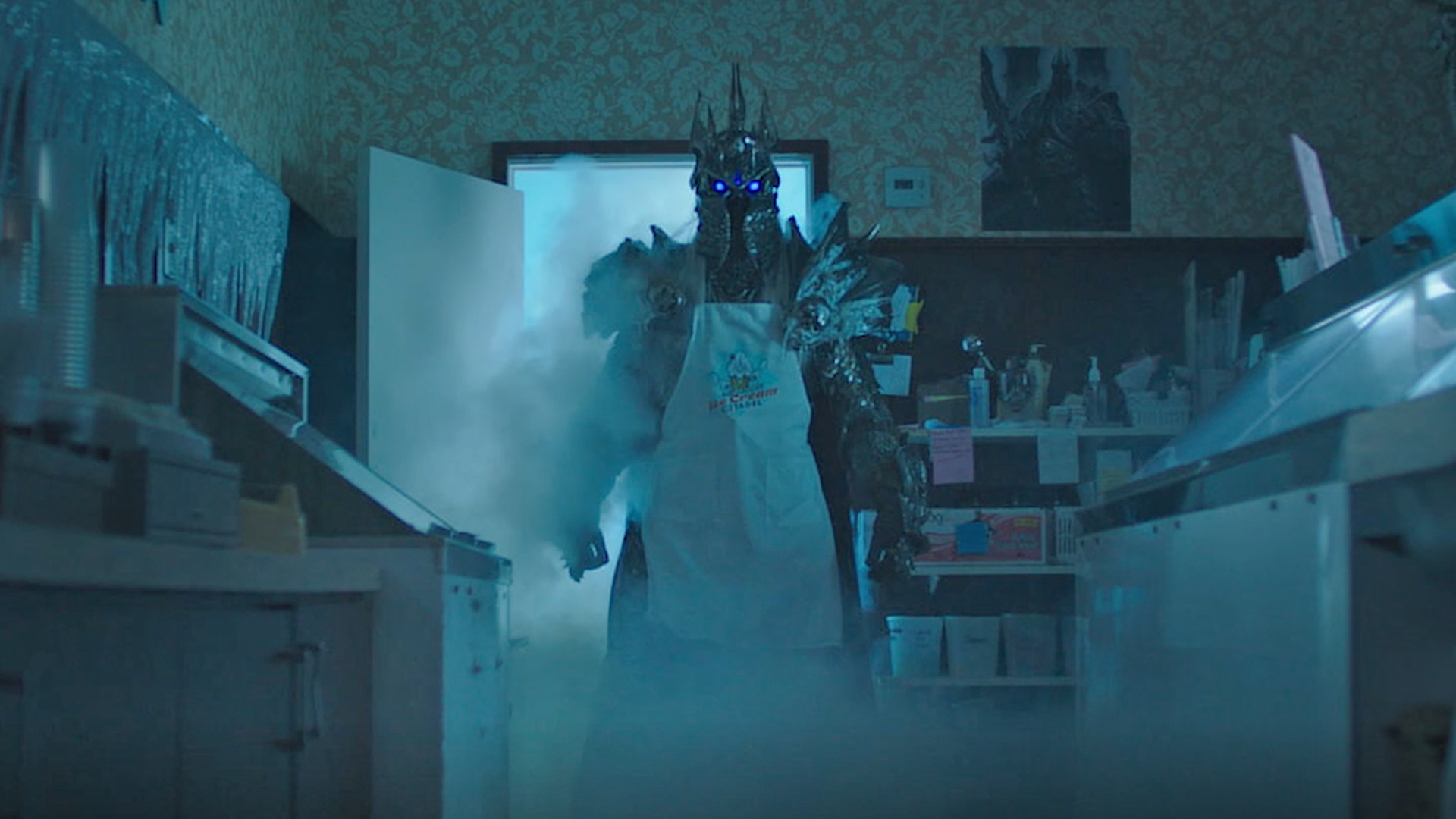 As the hype intensifies for Hearthstone’s next expansion—Knights of the Frozen Throne—Blizzard has come up with a novel way to promote the set’s release.

Blizzard will be setting up an ice cream stall outside this year’s San Diego Comic Con. The Ice Cream Citadel, a play on the expansion’s Ice Crown Citadel area, will see the Lich King and his minions handing out free ice cream to passers by.

SDCC attendees and non-attendees alike will be able to get in on the fun, as the stall will be outside the restricted area for badge holders.

The ice cream will be available in two thrilling flavors: The painfully pun-tastic “Villain-illa” and “Scourgeberry Sorbet.” Which berry? Who knows.

As part of the festivities, fans can grab a picture with actor Brian Posehnr of Just Shoot Me and Steven Universe fame, cosplayer and model Jessica Nigri, and the esports pros of Tempo Storm. Tempo Storm is working with Blizzard to promote the expansion, having changed the team name on social media to “The Frozen Pwn” and selling special merchandise.

But the real prize? A selfie with the Lich King himself.