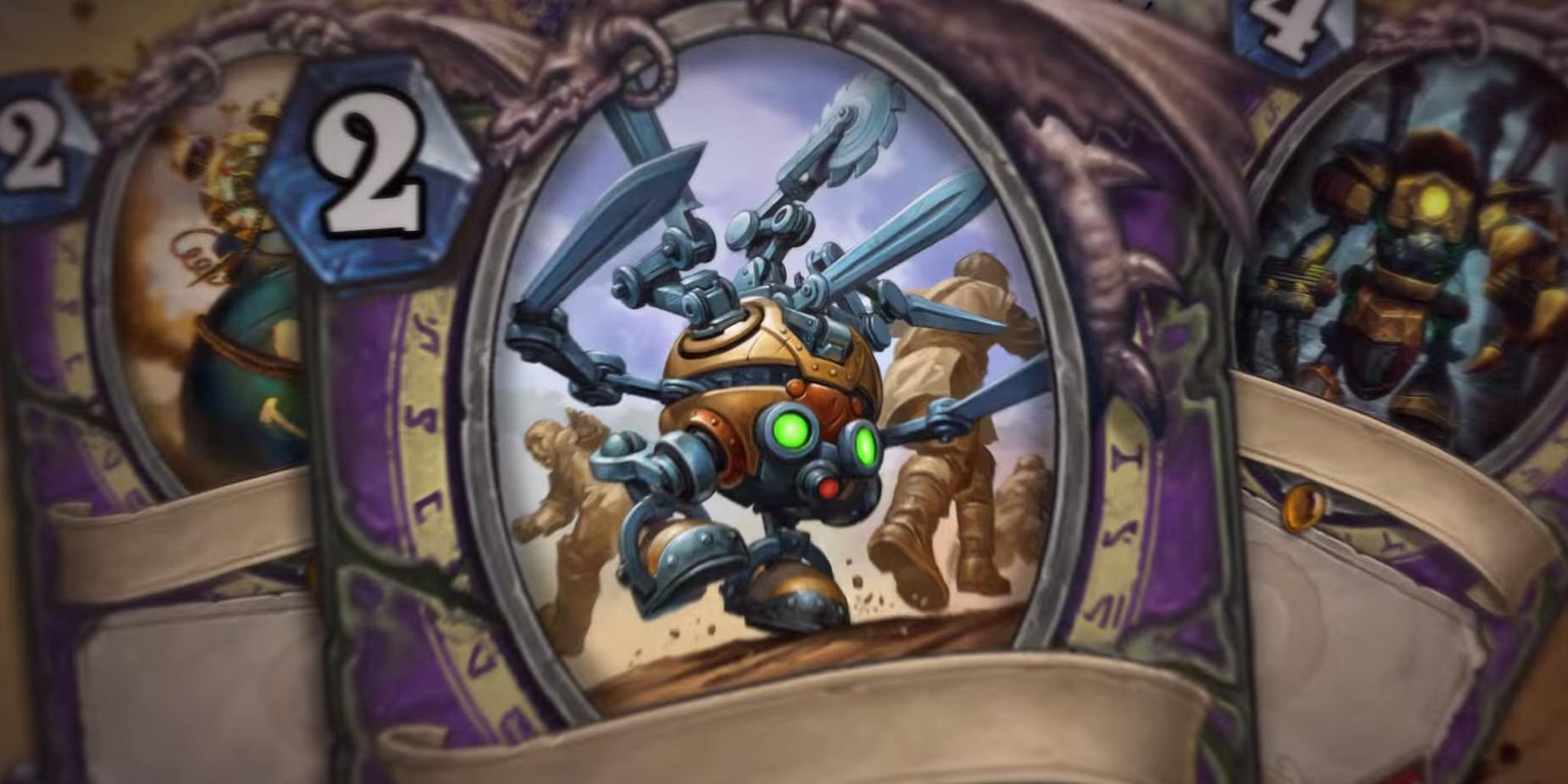 Over the last month, we’ve tirelessly previewed every single new exciting Hearthstone card from the Goblins vs. Gnomes expansion. We offered prudential opinions, celebrations, and the occasional condemnation.

But as with all educated speculation, we were occasionally wrong. We know this now, as ladder play and Twitch streams have informed us, and we are here to offer our revisions. Here are the cards from Goblins vs. Gnomes that we probably misjudged initially.

What I Said: An overpriced, inefficient minion that would end up as a total noob-trap, the eight mana Goldshire Footman.

How I Was Wrong: You know, I’ve seen this card wreck me in arena enough to start giving it some respect. That divine shield provides 7/7 worth of stats for free. Sure, if you’re up against a Mage it can get pinged off, but Rogues and Druids aren’t generally keen on taking seven damage to the face. Eight mana is a lot, but this thing has proved sturdy enough to be a pretty viable option in arena. I still don’t think it’ll make any headway in constructed, however.

What I Said: Legendaries inside of other legendaries! What insane value! Put it in every deck!

How I Was Wrong: The one thing I didn’t quite envision with Sneed’s Old Shredder is how freaking slow it is. Eight mana for a 5/7 without charge or taunt or whatever is really, really inefficient, to the point where your opponent can often just ignore it entirely. It’s also difficult to pop open that seven health to get the deathrattle inside, like I’d almost prefer it if Sneed’s was a 7/5 or something. It’s still a good minion, but I may have overestimated how long it takes to get real value out of it.

What I Said: HAHAHAHAHAHA! WHAT A JOKE!

How I Was Wrong: That new Paladin card? Muster for Battle? The one that summons out three 1/1s and gives you a 1/4 hammer? Yeah that’s a pretty good card. And guess what! If you play that with Bolvar in your hand you’re already guaranteeing at least a 4/7 for 5. As it turns out, Bolvar is completely dependable in Paladin control decks. I should’ve known not to get swept up in the Reddit hivemind.

What I Said: I was intrigued, but skeptical too.

How I Was Wrong: So the jury is still out on Hobgoblin, I’ve only really played against it once, but absolutely wiped the floor with me. This dude was dropping Hobgolbins and wisps. WISPS! to create a small, terrifying army. It reminds me a lot of that new Paladin card Quartermaster, if a little more terrifying. At the very least it’s exciting to watch laughingstocks turned into devestating killing machines. Like, yeah Young Dragonhawk is bad but if you turn it into a 3/3 with Windfury? It’s a lot better!

How I Was Wrong: It’s still probably worth it? But man watching someone burn through your entire deck and then landing a Hex on your Reaver feels really bad man. I just don’t know if there’s enough upside to justify that sort of disaster.

What I Said: A 3/2 for four mana that only really helps when you’re already winning. Pffffft.

How I Was Wrong: I’ve seen Enhance-o Mechano dropped, deposit Divine Shield on the perfect minions, and then have my meager attempt at stabilizing get traded into oblivion for free. It’s still a “win more” card, in the sense that the Mechano isn’t going to help you mount a comeback, but I’ll admit that it’s more useful than I originally thought.