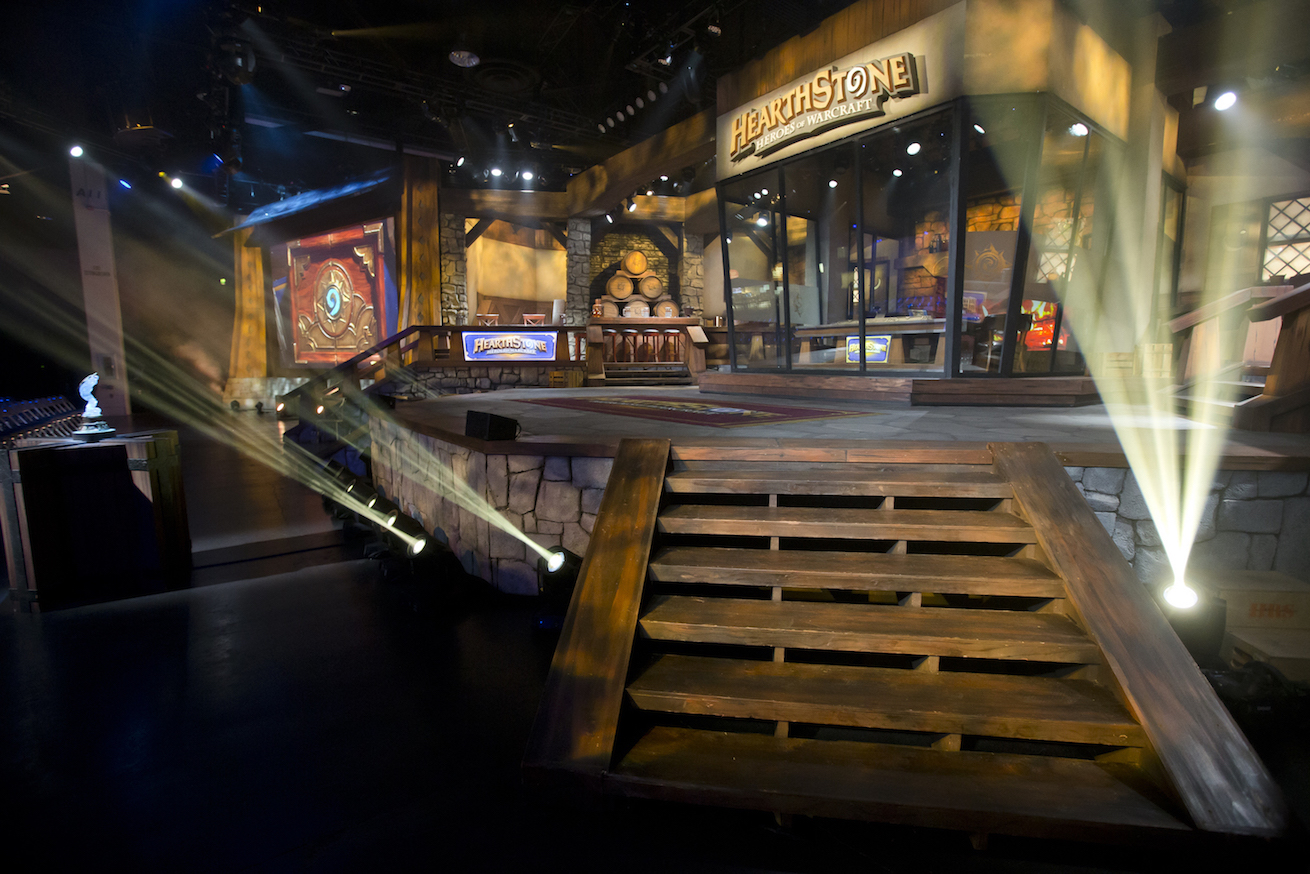 Along with the top Hearthstone Championship Tour points earner from each country (the “anchor” on each team), popular personalities and successful pros have been nominated by Blizzard to be eligible for voting. Players in each country will select three more players to join the teams, and the campaigning for votes has already started.

There are 48 countries included in the voting—28 from Europe, 12 from Asia-Pacific, and seven from the Americas and China. Each country will send a team of four to compete in the tournament for national pride.

So now that we know who is up for selection, which countries are spoiled for choice?

Obviously, when talking about the Americas region, the United States is first in the conversation. Though the region doesn’t have the depth of Europe, on an individual nation basis the U.S. may well have one of the very strongest rosters.

Former world champion James “Firebat” Kostesich with his successful stream and burgeoning casting career has to be considered a favorite for the voting. 2016 World Championship competitor William “Amnesiac” Barton and stalwart David “Dog” Caero probably complete the most likely trio. Other like Paul “Zalae” Nemeth, Muzahidul “Muzzy” Islam, and Victor “Vlps” Lopez also have the talent to deliver.

Canada also has its fair share of stars. Dylan “Hotform” Mullins, Ryan “Purple” Murphy-Root, and Julien “Cydonia” Perrault have all appeared in the world championships before.

The North American sides are likely to be a step above the South, but Argentina could make a run with players like “Snail” and “Nalguidan”.

China isn’t part of the APAC region and has its own voting process. There are 20 nominees instead of nine, and each voter gets four choices instead of one. Top Chinese pros like Yuxiang “Breath” Chen, Bohan “Lovelychook” Zhang, and Jason Zhou are all up for selection—but perhaps the best known Chinese player in the West, Haiyun “Eloise” Tang, is not included.

South Korea dominated the APAC region in 2016, and will likely make the deepest run in HGG. Il-Mook “handsomeguy” Kang will anchor the team, with players like Hakjun “Kranich” Baek, Jung-soo “Surrender” Kim, and Han-Seul “Seulsiho” Jung up for the vote. 2016 World Championship competitor Kim Cheonsu and Woong-Sub “Palmblad” Kwak are among those who don’t make the cut, such is the depth of the country’s pool.

Look out for Taiwan as well, with “Tom60229” as the anchor and the ahq-Esports Club trio of Roger, Weifu and diva up for voting alongside the “Shaman god” “Pinpingho”.

Germany has arguably the largest array of Hearthstone talent of any country in the world. With open cup grinder “Sintolol” as the anchor, German fans have the choice of top pro players like Sebastian “Xixo” Bentert, Adrian “Lifecoach” Koy, Jan “SuperJJ” Janssen and Raphael “BunnyHoppor” Peltzer. Germany’s nominations have been a source of controversy however, as divisive streamer Mats “P4wnyhof” Karthage was also nominated. Some of the other nominees threatened to boycott because of his inclusion, but clearly either backed down or were included anyway.

Sweden will also likely field a strong team. Former world champion Sebastian “Ostkaka” Engwall and his Alliance team mate Jon “Orange” Westberg will be looking to join their fellow team mate and Swedish anchor Harald “Powder” Gimre. Jeffrey “Sjow” Brusi of Team Liquid is also nominated, as is abrasive streamer Sebastian “Forsen” Fors—the latter likely being a heavy favorite in the voting process if he can motivate his dedicated fan base.

Ukraine could also field a strong squad, with 2016 World Championship finalist Artem “DrHippi” Kravets as anchor. Aleksandr “Kolento” Malsh, who was dominant in the early days of competitive Hearthstone, and Liquid’s Eugene “Neirea” Shumilin look to be voting favorites.

If you haven’t voted yet, be quick. You only have until March 13 to vote for the players who will represent your country.