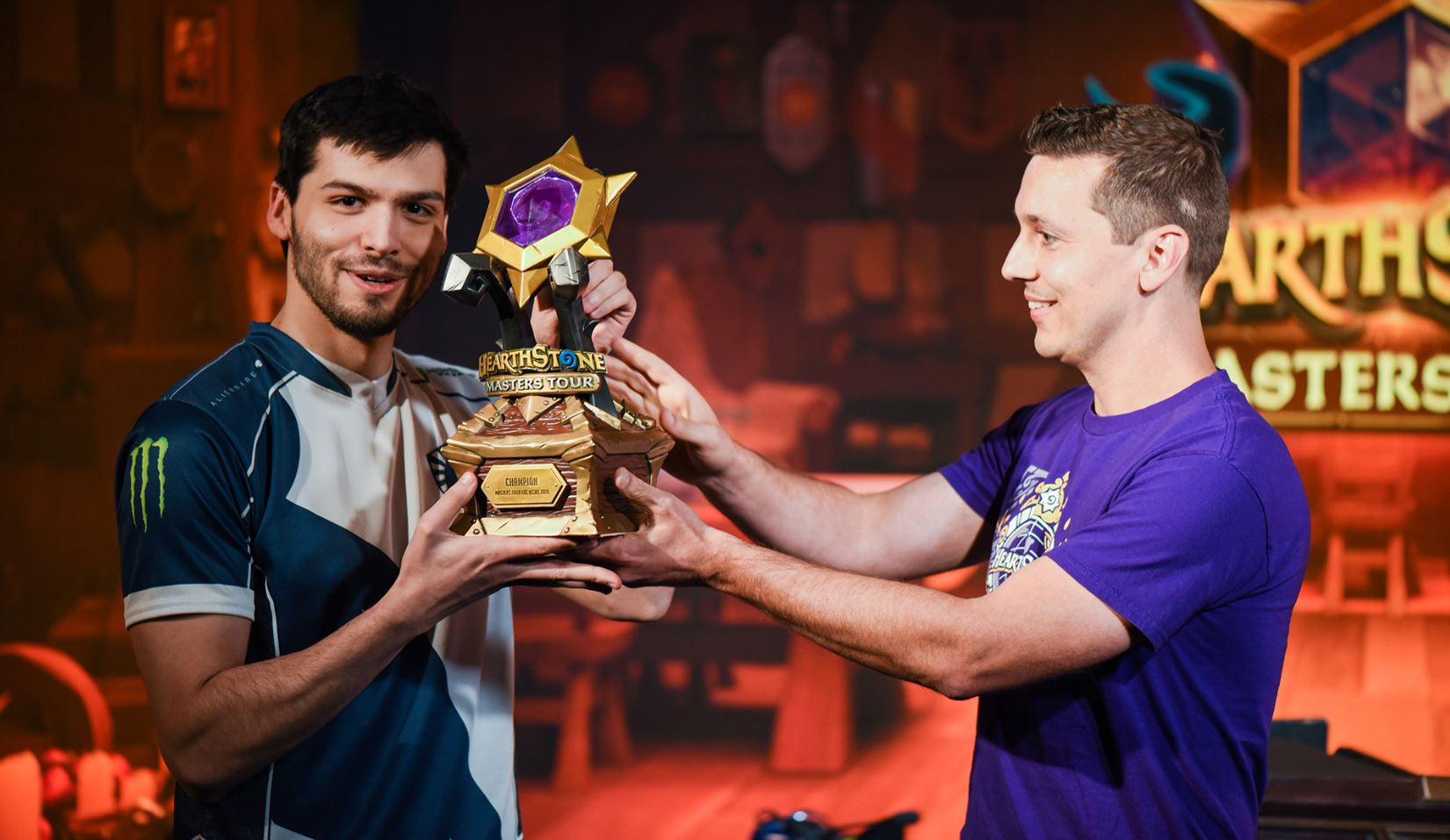 Blizzard revealed a number of changes that will soon be implemented into the Hearthstone Masters Tour program today.

Charsky seemed very passionate about improving competitive Hearthstone and he broke down the reasoning behind the new changes.

What different methods do you use for taking in player feedback?

Charsky: We always want to make sure that all members of the competitive Hearthstone community are represented when we make changes to programs that matter to them, like Masters Tour Qualifiers and Masters Tour. Prior to making this announcement, we gathered feedback in a variety of different ways. We surveyed the Masters Tour Qualifiers players and were very pleased with the number of respondents we received. We use empirical observations, things like timing tournament lengths, listening to what players are saying as they talk about playing in these qualifiers, and also feedback at live events. Players often come to me and express their feedback at Master Tours, which is great. Our job is to listen to everything players are saying, identify the pain points, then address them.

How important is it that the Masters Qualifier format remains accessible to all players?

To us, it is very paramount that competitive Hearthstone continues to be open and accessible to all players. I believe we achieve this with our Masters Tour Qualifier program. Anyone can jump online and into a tournament, win a tournament, then be well on their way into our competitive scene. We strive to keep tournaments open and easy to access for all players. We are constantly looking to increase the number of countries that are able to participate. Part of the announcement we made was that we’ve increased the maximum amount of players who can play in a given tournament. Part of the reason for this was to ensure that anyone who wants to play Hearthstone can.

Why will all Masters Tour Qualifiers now be single elimination?

We receive a lot of feedback from players very organically, whether it’s through them coming up to us at events or messaging us on Discord or elsewhere. The feedback is always consistent that one, Swiss tournaments are too long, and two, sometimes it feels bad when I don’t make it into the tournament. Once we started addressing the issue of all tournaments being too long by switching from all tournaments being Swiss to single elimination, we noticed there was no reason we had to have the original cap that was in place for Swiss tournaments. Moving to single elimination allows us to add another round and still have very manageable six-hour-long tournaments.

What helped influence some of the changes in tournament structure and length?

We went back and looked over data and we found some averages for Swiss tournaments, which are tournaments where you’re not eliminated if you lose. Obviously, because players are not eliminated from the tournament when they lose their round or their match, the tournament itself takes longer. Many competitive players found it frustrating having to wait for rounds to finish that included players who may have had three or four losses and were only playing for packs at that point in the tournament. The advantage of a single-elimination format is that you are eliminated when you lose your match, meaning every round there is exactly half the number of people left from the previous round.

What is one of the biggest issues players had with the Masters Program and what is being implemented to fix it?

When listening to the community both in-person and through surveys, one of the most prevalent feedbacks we received is that players wanted ladder to matter more. With the past system, we had the top 200 players in ladder go into the special qualifier tournaments, of that the top four out of those tournaments receive invites. We wanted to revamp that and we wanted to make ladder matter more. So now, the top 16 from each region every month from ladder will automatically qualify to the next Masters Tour. That comes out to a total of 96 invites for the qualifying period for a Masters Tour that will come from ladder. Also worth noting, the way we’re designing ladder invites is so that anyone who already has an invite to the Masters Tour doesn’t black hole the invite, meaning the invite passes down to the next uninvited person. We give away 24 ladder invites right now, and that number will be increased to 96. We hope that these changes will reinvigorate the competitive community into playing ladder a lot more.