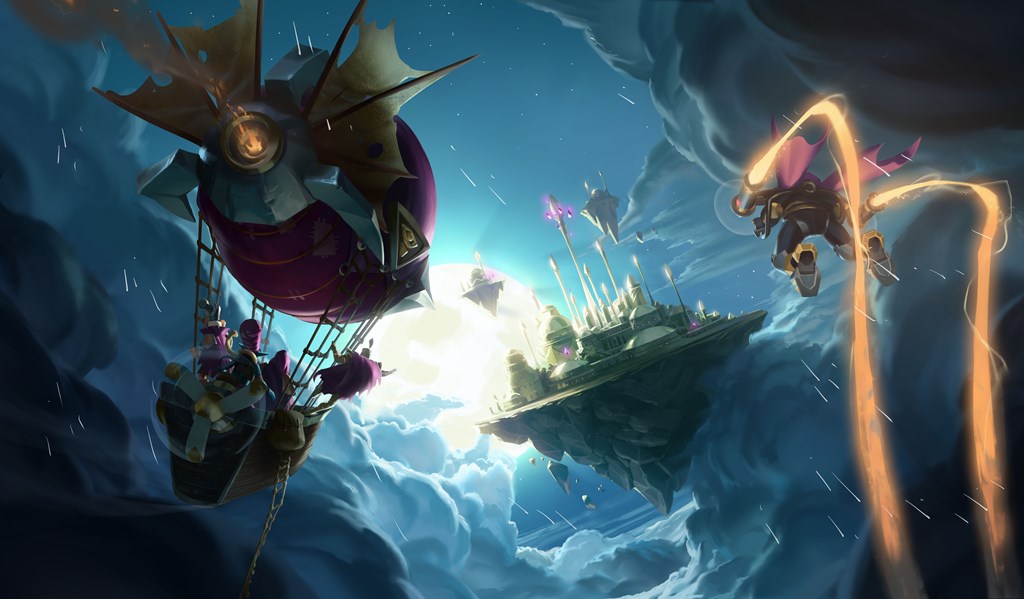 Hearthstone’s Rise of the Mech update has arrived and it brings with it a plethora of card buffs.

Each class had two cards from the Boomsday Project expansion buffed in an attempt to shake up the meta. Additionally, the Rise of the Mech update also introduced a new Legendary minion called SN1P-SN4P.

SN1P-SN4P is a three-cost 2/3 Mech that has Magnetic, Echo, and a Deathrattle that summons two 1/1 microbots. Both SN1P-SN4P and the Boomsday Project card buffs were expected to have a big impact on the meta. Take a look at these decks that are dominating Standard to stay on track with your ranked climb as the new meta continues to shape.

Though it doesn’t feature any of the cards introduced or buffed with the Rise of the Mech update, Murloc Shaman is still one of the strongest decks in the game. Shamans currently have a wide variety of Murlocs available to them within Standard and many of those Murlocs provide ammo for an endgame Shudderwock. Cards like Swampqueen Hagatha and Hagatha the Witch work together with Shudderwock to provide late-game value that gives Murloc Shaman a better chance against control decks than arguably any other aggro deck in the game.

Copy this code to add Murloc Shaman to your collection:
AAECAZu1Awb7BqfuAu/3AtmJA7mZA8edAwzFA9sD/gPQB6cIkwniiQOMlAO1mAO/mAPGmQP0mQMA

Based on where the class was following the launch of Rastakhan’s Rumble, most players would have never guessed that an expansion later Hunter would be the king of Mechs. If you want to see SN1P-SN4P in action, this is the deck for you. Bomb Hunter focuses on generating Goblin Bombs and using Magnetic Mechs to amass an army of powerful minions that damage your opponent when they die. If you enjoy unique minion based decks that still require a fair amount of strategy to pilot, give Bomb Hunter a shot.

Copy this code to add Bomb Hunter to your collection: AAECAR8ErwTh9QKggAOftwMNlwjg9QLi9QLv9QK5+AKR+wKY+wKo+wL2/QLX/gKJgAPMgQO2nAMA

Control Warrior is a deck that has been dominant since the launch of Rise of Shadows. Prior to Rogue being nerfed, Bomb Warrior was one of the only decks that could face down the class without being harshly out tempo’d. Control Warrior continues to beat down pretty much any aggro deck that stands in its way. Thanks to the amount of Mech minions in this deck you’re able to get value out of cards like SN1P-SN4P and Zilliax. This is another great option if you want to take the new free Legendary for a spin.

Copy this code to add Control Warrior to your collection: AAECAQcIogKQB/kMkvgCjvsCoIADhp0Dn7cDC0uiBP8HnfACm/MC0fUC9PUCg/sCnvsCs/wCkp8DAA==

Though Paladin hasn’t had a great time thus far during Rise of Shadows, it looks like SN1P-SN4P and his Mech allies are here to change things. In the past week Mech Paladin has surfaced as one of the highest win rate decks in the game on HS Replay. Crystology and Glowstone Technician both had their mana cost reduced with the Rise of the Mech update and both cards are part of what makes this deck tick. Mech Paladin revolves around buffing your board and hand then eventually smashing your opponent with an onslaught of giant robots.

Copy this code to add Mech Paladin to your collection: AAECAYsWCI8JqPsC8f4CoIAD0YADipoDtJsDn7cDC88Gn/UCpfUC/PwC1v4C1/4C2f4C3f4C4f4CkYADzIEDAA==