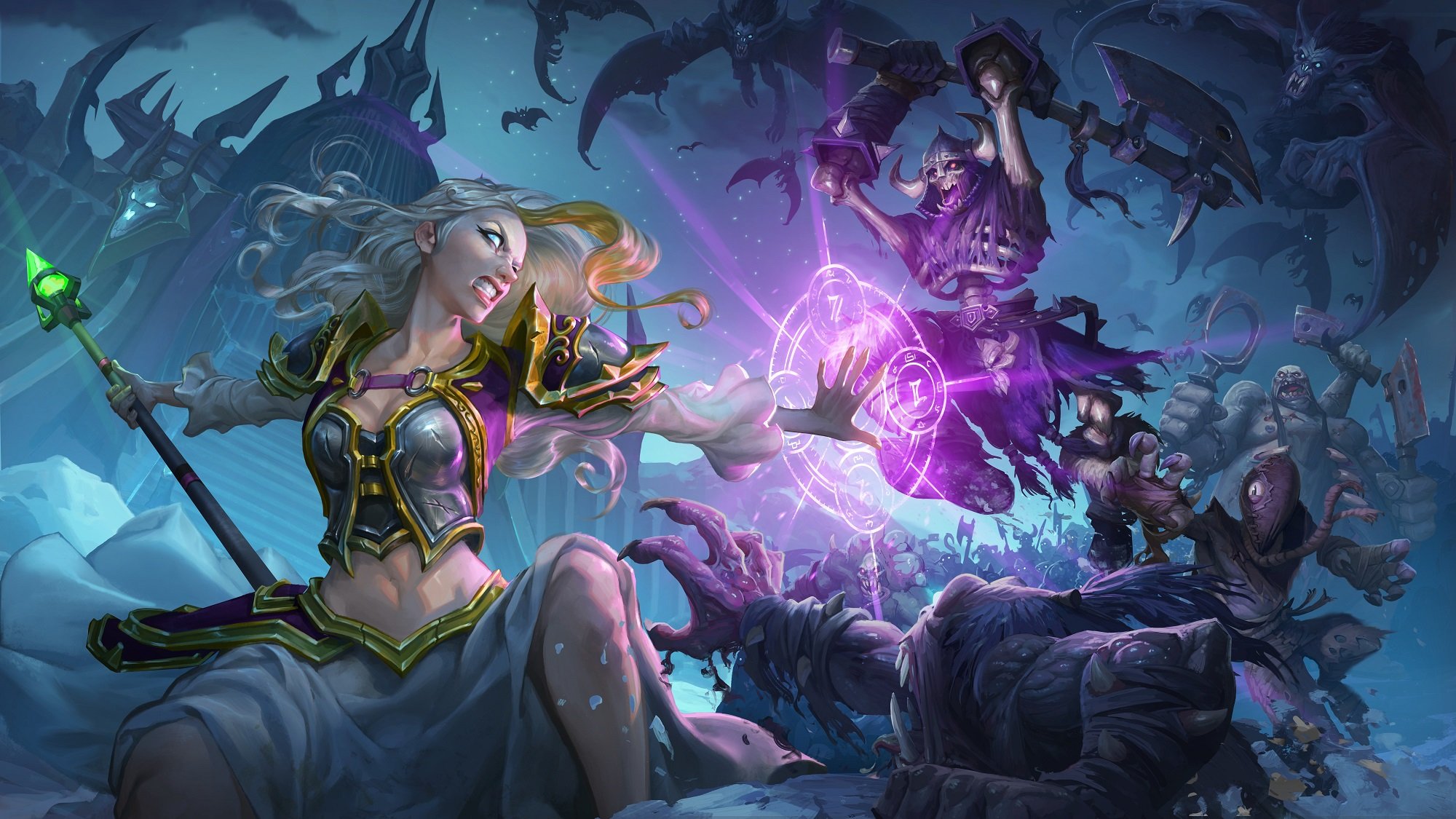 The reveals for Knights of the Frozen Throne are coming thick and fast—and the first class legendary card has been revealed.

PCGamesN showed off the new Warlock legendary, which makes use of the new Lifesteal mechanic.

This is a slower discard card than Warlock is used to. Most of the discard cards are tempo based, like Silverware Golem. At six health on turn five, it sits in a weird spot. It could end up as a big threat with five or six discarded cards—but without that level of power it appears too defensive.

Lifesteal is a new mechanic added in this expansion. It restores health to your hero for every point of damage it deals, either as a spell or a minion. That means that the bigger this minion gets, the more health it restores too.

This is the third new card revealed today already, with at least one more coming later.