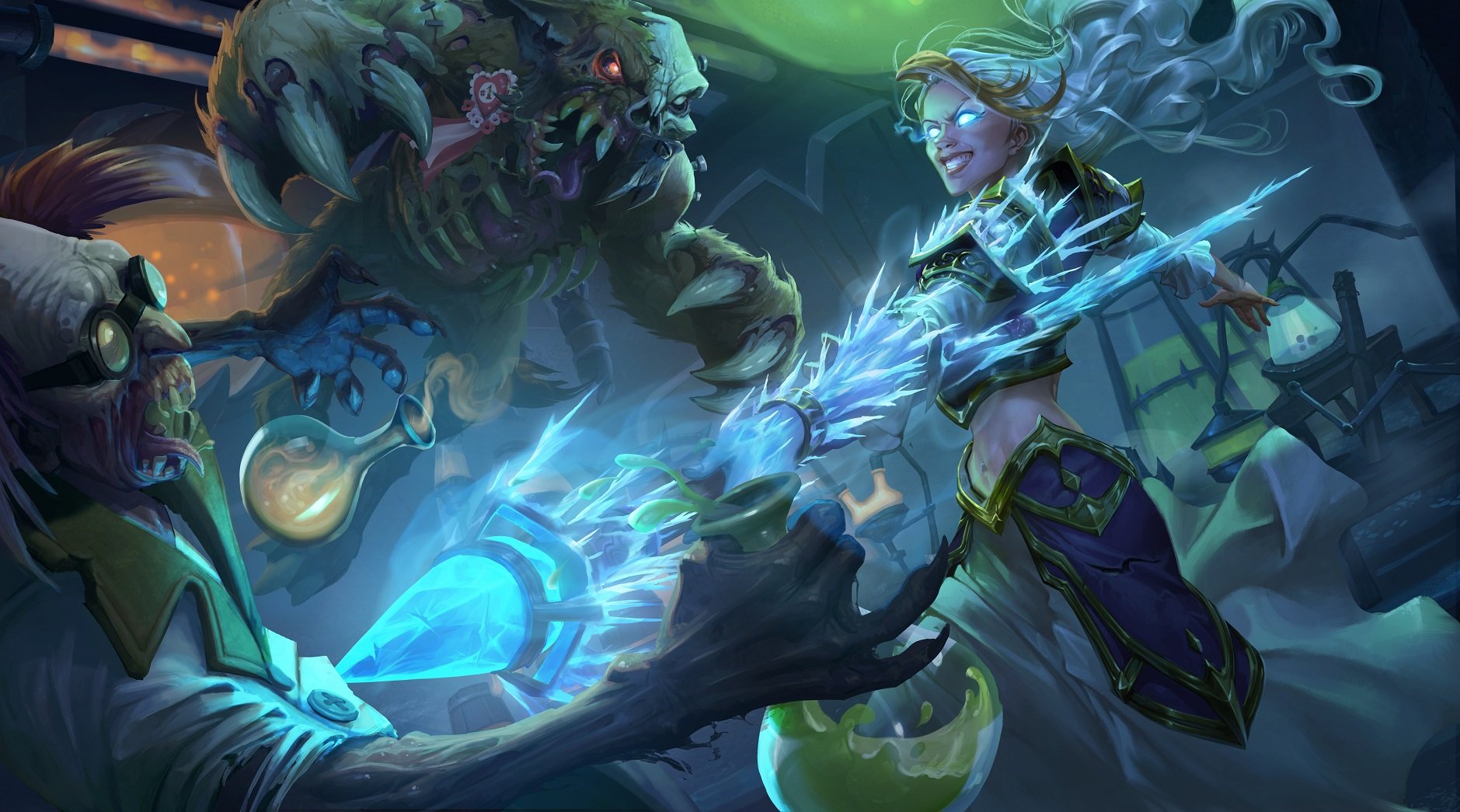 Not only have the card reveals for the next Hearthstone expansion, but the class legendaries are among some of the first cards to be shown off.

After the Warlock legendary was revealed yesterday, the one-of Hunter card has now been unveiled.

With the Hunter hero card also pushing the class is a slower direction, this card could make Secret Hunter a real threat in the new meta. Cloaked Huntress gave the deck some relevance all on its own when One Night in Karazhan was release, and this card is aggressively statted too. This kind of free secret, or secret pulled from deck and immediately played, made Mad Scientist one of the most potent and complained about cards in the game.

Ghostly Conjurer has some cool art, but is probably too weak to see play. The two attack is a harsh drawback, and its very weak when compared to something like Priest of the Feast. That card has three attack and an ongoing effect that can be game-winning. This gives you one, somewhat underwhelming spell. If there is some benefit to having that Mirror Image we haven’t seen yet from this set that could change—but until then, this is going to struggle.

More cards will be revealed throughout the days leading up to the August release date of Knights of the Frozen Throne. An exact date has not yet been revealed.