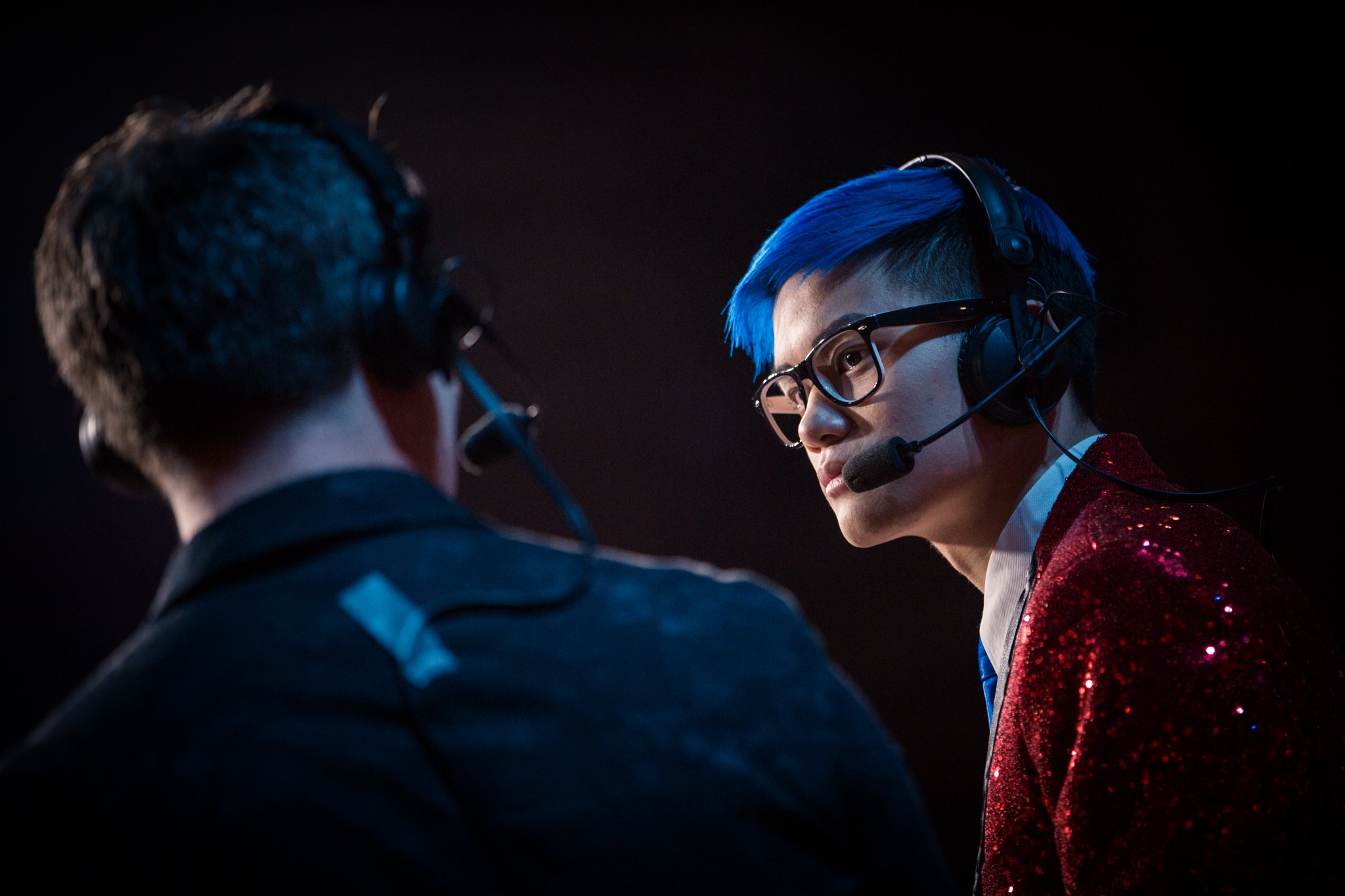 In many ways, Dan “Frodan” Chou is the face of Hearthstone.

If you’ve ever turned on a Blizzard-run Hearthstone esports event, you’ve probably seen his face. He’s been with the game since the beginning, commentating on every World Championship. He’s traveled the world, stamping his passport on several continents to commentate and host Hearthstone.

Having started with StarCraft 2, Frodan is an industry veteran at this point. But when he talks about Hearthstone, his passion for both the esports professionals and the grassroots community is clear.

Dot Esports spoke to Frodan about his casting duo with Brian Kibler, traveling the world, and what he thinks of the revamped Hearthstone Championship Tour.

How are you enjoying taking HCT around the world and traveling with the event?

Frodan: It’s really nice. I think in the beginning of Hearthstone, at least for myself, I was traveling way too much. I spent sometimes like two months away from home and still paid obnoxious rent in Los Angeles, so it was just kind of ridiculous. But then we had a period where nothing was really happening internationally. So it felt like a really good balance last year traveling to some of these HCT events.

I think for myself personally I went through a love hate relationship with traveling over the years, and now I’m back into the point where I really appreciate being able to travel. I’m starting to take more time, have a day where I walk around and enjoy the city, engage in local festivities and culture. Before it was very strictly business—get to the place, cast, move on to the next project. I guess with more experience comes more appreciation for the environment.

How do you feel about the improvements to the Hearthstone Championship Tour for 2018?

I think the important thing about each year of Hearthstone is that we learn a lot of important lessons and we take a step forward. Every year since its inception, Hearthstone‘s competitive structure has changed. I anticipate it changing even for next year. We’ve found flaws immediately with how things have happened on the first few tour stops. The important thing too is how much Blizzard has invested internally into the esports teams.

I was working with the Blizzard Hearthstone esports team when it was one person. Now they have dozens, with people all across each region and a central team in headquarters. I’m really grateful even that TJ stepped in and has been a big ambassador on both sides. That’s a huge step in the right direction, that people really don’t understand how big of a deal it is. For a long time, that really wasn’t the case. Blizzard would let the community grow its esports and have a point of communication. Now they’re taking charge and really trying to invest into this long term, both in resources and in personnel. I think that’s a really big deal.

Does this event, and the World Championship, show once and for all that the APAC region is much stronger than people in the west give it credit for?

I think APAC goes under the radar primarily because of the language barrier. A lot of people don’t know how to communicate with those players. But they have a very weird advantage in that they can read English. So they understand what’s going on in our meta when we post about what’s going on, and players post their decklists, but we don’t really have English speakers engaging Japanese players, Korean players, or Chinese players. They actually put a lot of time in, they analyze all the data just like the English speaking players, so there’s no reason that they should be underestimated.

At Worlds APAC did really well, so I think there’s no excuse anymore to write them off. APAC didn’t really have a lot of options to qualify in the past, they didn’t have many things going on. If you look at the 2016 HCT structure, it was actually kind of a mess. Each country had its own qualifier leading into a regional qualifier. They didn’t have any tournaments and opens, now they do. Tour Stops are an open qualifying field that gives people equal opportunity to qualify. Now these players have the opportunity to play.

You went to a Fireside Gathering in Sydney, what was that like?

Fireside Gatherings are always kind of special to me, because that’s how I first got into card games in general, going to local meetups. I’m always very surprised, I don’t think I should be anymore, but it’s always a pleasant surprise to see how many people show up and how passionate they are about Hearthstone. I think it’s largely because when people started playing Hearthstone, it was online mainly and people didn’t really have reasons to go out. But there’s all these new incentives built in. Whether its cool giveaways, hanging out with people, special events, the card back, special tavern brawls, there’s a lot going on. There’s a lot of reasons to head out.

I really hope the Fireside Gathering program continues to grow, because I think that’s actually one of the backbones of Hearthstone‘s long term potential as a game that sticks around. It’s not necessarily just through the competitive scene, it’s also through the social circles that you can build. That’s how other card games have sustained throughout the years. It’s largely through the evangelism of the players, and Fireside Gatherings play a critical role in that. I’m always glad to see people show up. I’m always glad Blizzard are willing to push it, so that’s why when people give me an opportunity to show up, I usually do.

How important do you think developing a partnership with Kibler, and having set duos in particular, has been for improving broadcasting in HCT?

I think the past year and a half that we’ve been having consistent pairings has helped us develop natural chemistry. Interestingly enough, it’s also helped our chemistry with others as well. So even though I cast with Kibler a lot, it’s really helped me engage more with Sottle and Raven as a pair, because then we kind of frame a lot of our discussions on our differences and presentation as casting duos. I think it’s interesting that even though we’ve narrowed our focus, we’ve broadened our ability to connect to each other.

I think that Hearthstone casting has a lot more room to grow. I actually personally have a theory that tricasting is the best way to cast Hearthstone, but it’s just very difficult given there’s so many things going on and a lot to be said—and we don’t have the manpower. We tried tricasting at one point and it wasn’t very good, but that’s because we were throwing anything at the wall, including the kitchen sink, to see what stuck. And nothing stuck. So we ended up just going with casting pairs to make it consistent. I’d like for us to maybe dip into tricasting again, but that’s a long term play.