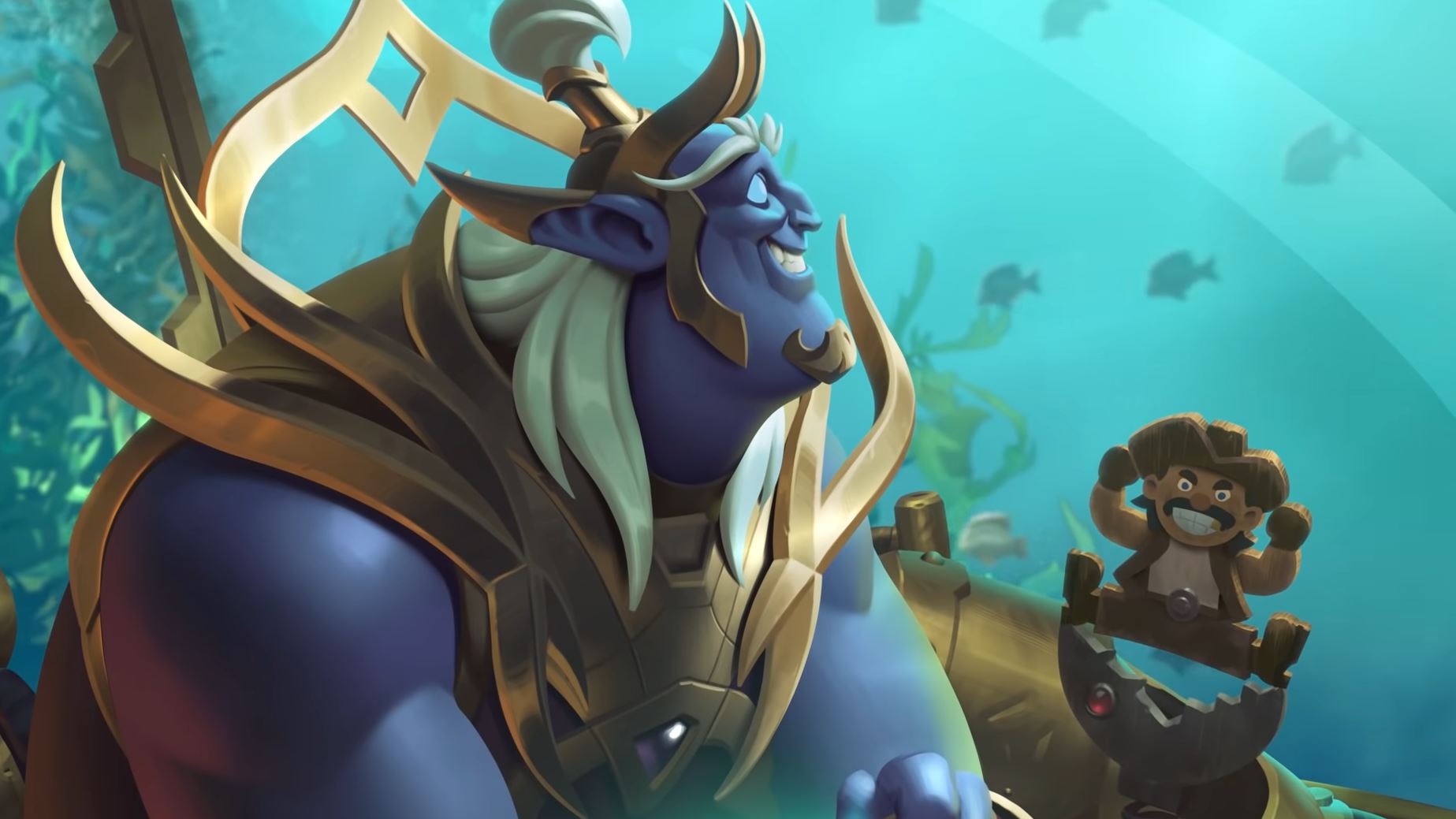 It’s time for Mage players to get a glimpse of what their future looks like in Standard Hearthstone.

The latest card revealed for Voyage to the Sunken City is a new Legendary Mage Minion called Gaia, the Techtonic.

Gaia, the Techtonic is an eight-cost 5/7 Legendary Mage minion that has a powerful effect. First and foremost, Gaia, the Techtonic has Colossal +2, meaning he will have two additional minions summoned alongside him in his appendages. Colossal is a new keyword debuting with Voyage to the Sunken City that sees certain minions act as a body for additional appendage minions that are summoned alongside them.

Gaia’s appendages are two identical cards called Gaia’s Drill. This card is a three-cost 2/3 Mech minion with Rush. Both of the Drills will be summoned alongside Gaia. Knowing this, the rest of Gaia’s effect makes perfect sense.

After a friendly Mech minion attacks, deal one damage to all enemies. It looks like Gaia will try to use his Drills to help you attempt to break your opponent’s board. The Mage class could end up implementing even more Mech minions to support a Gaia-themed archetype.

In recent weeks, Mage hasn’t been doing too well in terms of its performance in Standard Hearthstone. Perhaps Gaia and the Mech gang will be what the class needs to inject it with some new life.

You’ll be able to check out Gaia, the Techtonic and all of the minions coming with Voyage to the Sunken City when it goes live on April 12.