Hello fellow Hearthstone players! I would like to thank everyone who read and left feedback on my previous article, Guide: Midrange Whirlwind Warrior. Due to the positive responses, HSP has given me the opportunity to become an official writer for them. This article, first of a two-part series, walks through the basic fundamentals of constructing a new deck.

The following article will then allow readers to provide feedback and engage in building a new deck from the bottom up (more on this below). Many of these basic fundamentals apply to other TCGs and even commercial products as well.

However, due to the nature of the article, some readers may already be aware of these concepts. In those cases, I hope the article can serve as a good refresher and provide insight into parallels between real-world innovation (i.e. technology, arts and crafts, etc.) and Hearthstone.

When building a new deck, the most important thing to remember is what you want to achieve. There can be several reasons for creating a deck. Some common motivations for deck building include trying new fun and innovative strategies (i.e. pirate deck), exploiting a card with great potential (i.e.

Wild Pyromancer), improving on an already existing deck, and wanting to dethrone the premiere/most popular deck on ladder.

Moreover, the deck designer must decide whether he wants to make the deck viable for a ladder climb or merely to have as a casual friendly deck. Even if the deck is not an optimal choice for ladder, there can still be a lot of value in the deck-building exercise. With that said, this article will focus primarily on building a viable deck for ladder since the majority of readers would probably be most interested in that.

Once the motivation for building a new deck is established, the deck designer will need to address his constraints, if any, in order to see what is plausible. For many hearthstone players, this constraint is going to be budget.

I realize that many players either do not have the means or are not interested in spending real dollars to buy hearthstone booster packs. For these people (myself included), continuous arena runs and natural accumulation of gold via play mode serve as the primary methods to acquiring all the necessary cards.

Thus, building a control deck, such as hand lock or warrior control, requiring multiple epic and legendary cards is going to be difficult and not pragmatic. In addition to budgetary concerns, there may be self-imposed constraints. For example, someone may want to pilot a non-epic, non-legendary deck to legendary rank for credibility purposes despite having access to every card in the game.

Some tournaments, such as the ones hosted by Mana Grind, also restrict the usage of certain cards and specific rarities.

Compiling an initial list of possible cards to include in the deck can be daunting. However, I personally find this part of the process to be the most fun. Being able to create something new allows us to be artisans and scholars at the same time. Finding cards to fit a particular deck archetype enables creativity while forcing us to utilize what we know from previous experiences.

First and foremost, the most important part of brainstorming is figuring out what the deck is supposed to do and how it hopes to reach its goal. Doing so establishes a stronger sense of direction and should result in making the entire building process easier and ultimately quicker.

A strong framework allows the designer to determine which archetype (aggro, tempo, mid-range, control, and/or combo) and which hero class fits best for the overall strategy. As a result, the deck designer can begin narrowing down card choices to those that would help fit the deck.

For instance, an aggro deck is probably going to want to include

Leeroy Jenkins in the build to squeak out the last few points of damage. Meanwhile, cards such as

Azure Drake are commonly found in control-oriented decks. Furthermore, a strong deck should be able to utilize its hero ability and class-specific cards effectively.

Though this may seem obvious, it cannot be overstated that the deck designer should probably switch his hero if he is not using any of the available class cards. Being able to highlight and capitalize on card interactions and synergy within a particular class is instrumental in distinguishing the deck from just a pile of useful viable cards.

Once a preliminary list of 30+ potential cards has been compiled, it is time to look at the statistics and varying metrics that define a deck. Creature to spell ratio and mana curve can now be used to eliminate fringe cards.

Depending on the archetype and what the designer has in mind for the deck, the creature to spell ratio and mana curve can vary wildly from deck to deck. For instance, an aggressive deck should prioritize a lower mana curve and more creatures to establish board control early on while tacking on healthy amount of damage.

Meanwhile, a heavy control deck is probably going to have several higher mana-costing minions to stabilize and win in the late-game. “Sweepers” such as

Consecration are common in control archetypes too to prevent from being swarmed by super aggressive decks in the early stages of the game. These are just a few examples of the different things to take into account when creating an initial list.

Testing the deck is probably the most important aspect of the deck building process. It is analogous to studying before an exam. Without practice, there is no way to know the deck’s strengths and weaknesses.

Due to the newness of the deck, I would advise any brewer (new deck builder) to play “casual mode” first as opposed to ranked play to avoid falling in a hole for his ladder climb. This gives a chance to get a feel for the deck without the added pressures of having to do well in ladder.

When testing against other decks, it is crucial to take mental notes of what the deck does well and where it could use some help. Some typical questions to ask are:

• Does the deck get out of the gate too slowly (susceptible to fast aggro decks)?

• Does the deck run out of steam in the late-game (lack of finishers)?

• Is the deck too reliant on a certain card (falls apart if combo piece isn’t drawn)?

• Do certain cards interfere with each other (non-bo)?

These questions of course apply to different deck archetypes but give a general sense of some of the things to pay attention to while testing. It is also good to keep track of situations where cards that just missed the cut would have really helped. Doing so helps facilitate the refinement process since the deck designer should know which weaknesses he wishes to address.

Finally, it is very important not to get discouraged as many people often struggle when playing with a new deck. Often enough, important intricacies that only realized by the player after many iterations of testing. Thus, keeping a positive attitude can go a long way in keeping composed, which often leads to better play and more victories overall.

After the initial testing phase, it will become apparent which cards performed well. Hopefully, some/most of the intended interactions occurred as envisioned.

However, there will often be a few select cards that seemed better on paper than in a real game. This small speed bump (as opposed to road block) is to be expected because the initial brainstorming phase does not fully take into account the disruption posed by your opponent as well as inevitable inconsistencies related to random number generation (RNG) within the game’s mechanics. Thus, cards that initially sounded great but performed poorly can now be cut. One of the most commonly accepted ways to build a deck is aiming for consistency.

If a certain combo causes one to win 10% of the time but does nothing 90% of the time, the player will undoubtedly leave with a bitter taste in his mouth.

Furthermore, the weaknesses discovered in testing will have to be addressed with cards that did not make the cut the first time around. Additionally, iterating between testing and deck refinement is common-place and actually does not really stop due to a changing meta-game.

In the second part of this two-part series, I will follow these fundamentals in designing a new deck. Better yet, you will help me decide what kind of deck I am going to attempt to construct! Here are some decks I had been thinking of trying: 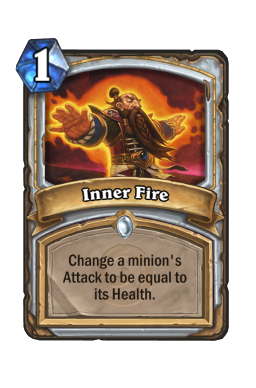 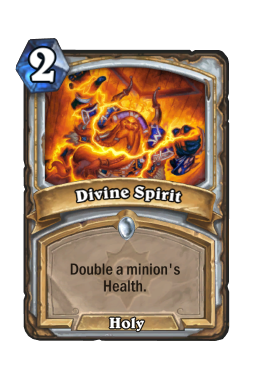 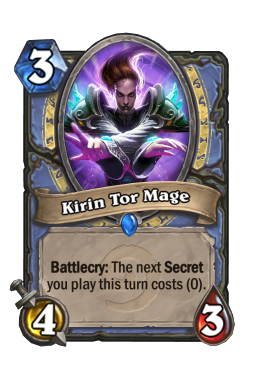 Though some hearthstone players may have attempted constructing these decks in the past, I personally believe these decks have some untapped potential.

Furthermore, I have not really seen these decks in the meta-game at the lower ranks. However, if you feel there is a deck archetype you wish to explore, please leave a comment below indicating what it is. Readers can then cast votes for whichever deck they would like to see explored and my next article will follow the fundamentals of deck building through it.

For simplicity, the motivation of the deck will be for constructed ladder climb. In addition, because I do not own every card in the game, I will have to constrain the deck to being non-epic and non-legendary. This also allows more players to engage in the experiment, which I believe is a good thing. With that stated, I will definitely address any questions regarding legendary additions to the deck.

Thanks again for reading and let me know what you think!