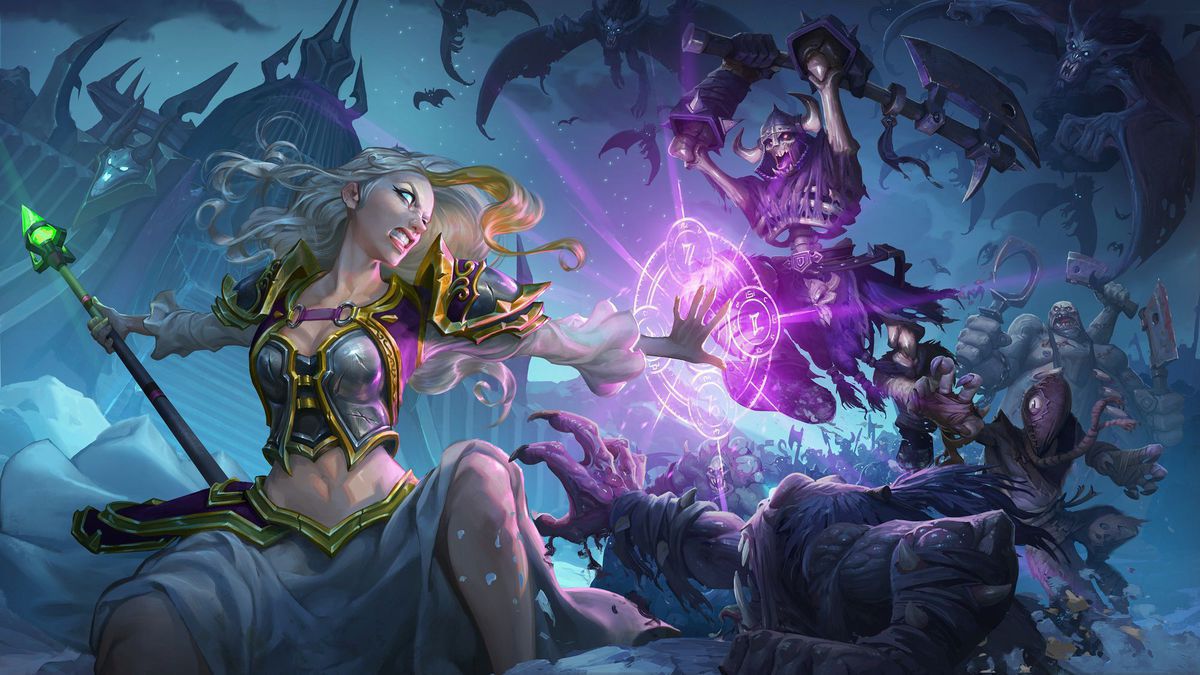 The Snowfury Giant joins the likes of Molten Giant, Mountain Giant, and Arcane Giant. The common theme among these giants is that they are discounted by a specific in-game action.

Unlike his fellow giants, the Snowfury Giant is a class-exclusive card, whereas the others are available for all classes. This may signal more class-specific giants to be revealed in Knights of the Frozen Throne. Snowfury Giant is also the cheapest base mana cost of all the giants.

The Snowfury Giant will be discounted by each mana crystal Overloaded. This card can quickly reach a zero mana cost since it’s discounted by the amount of mana crystals you have—not by the number of Overload cards played.

With cards like Earth Elemental, Volcano, and other Shaman cards with big Overload costs, any Overload Shaman decks will have an easy time reducing Snowfury Giant’s cost to zero.

Blizzard will be revealing another big set of cards ahead of the Aug. 10 release of Knights of the Frozen Throne—the reveal stream will take place on Aug. 7 at 1pm ET.