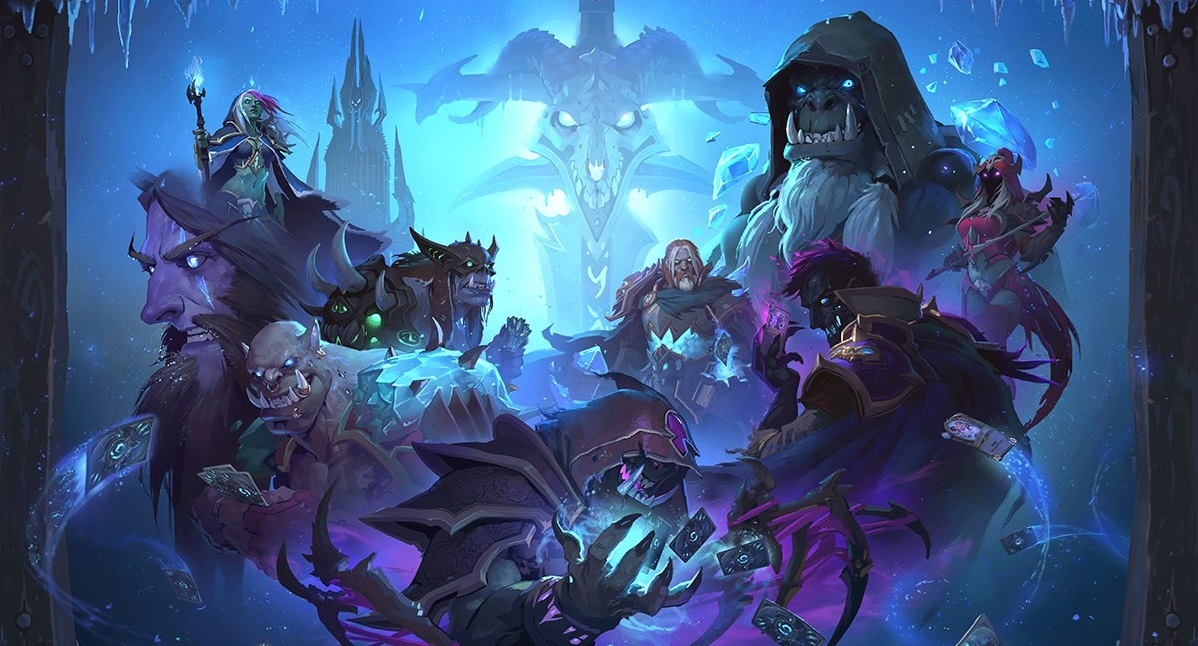 After today’s Knights of the Frozen Throne livestream, almost all of the 135 cards have been revealed.

The livestream, hosted by Ben Brode and Brian Kibler, featured the new cards being played in live games for the very first time. The pair revealed most of the remaining cards, too.

This is a new take on the Enrage mechanic, like Amani Berserker, because it scales. It’s more like Gurubashi Berserker.

This final Shaman card is a pretty powerful freezing spell. It’s like Cone of Cold on steroids.

This is one of those cards that looks nuts on paper, but ends up often being overtaken by other cards and strategies. Just don’t discard too many weapons.

The combination of this card, Val’kyr Soulclaimer and other damage-based cards definitely suggest we will see a Warrior deck that makes use of this synergy.

More Lifesteal, more Murlocs. Don’t expect to see a one mana 1/1 getting played anytime soon though, unless Lifesteal turns out to be crazy.

So this is basically Drain Life, but can only target minions. They can’t all be winners.

This is a card that is really hard to evaluate until it has been played. It could be absolutely crazy, it could be pointless. Only time will tell.

This is the second card to have a turn-dependent Deathrattle, introducing some interesting strategies around trading. Do you still want to clear your opponent’s board, or can you make them trade it?

Keeper of Uldamann without the body, but the mana cost could see it played in a Tempo Deck. Or maybe as removal.

Possibly the least sexy art of the set, but more Lifesteal.

A weak four mana minion, but if Big Druid with lots of Taunts is a thing this might be a niche pick.

One of the few minions in Hearthstone that gives out Spell Damage. If you’ve always had a soft spot for Ancient Mage this is the card for you.

Grainy screenshot art aside, another Spell Damage minion is coming to the set. These minions have always had limited utility, and this one seems like no exception.

Deathrattle Rogue is definitely a direction Blizzard is trying to move the class in, and this is a nice midrange Deathrattle option.

This is one of the best cards of the set. Not in terms of power, but in terms of how fun it is. The animation is cool, and it has a super interesting effect. It allows you to attack minions without taking damage, and then refresh your weapons durability. Imagine getting your Assassin’s Blade to its final hit then refreshing it for one mana. Worth it.

A three mana 3/1 is always going to be difficult, but the opponent’s turn Deathrattle makes it an interesting card. It’s so easy to remove—but will your opponent want to?

I can’t imagine a world where you play a four mana 2/1, but it does have some AoE attached?