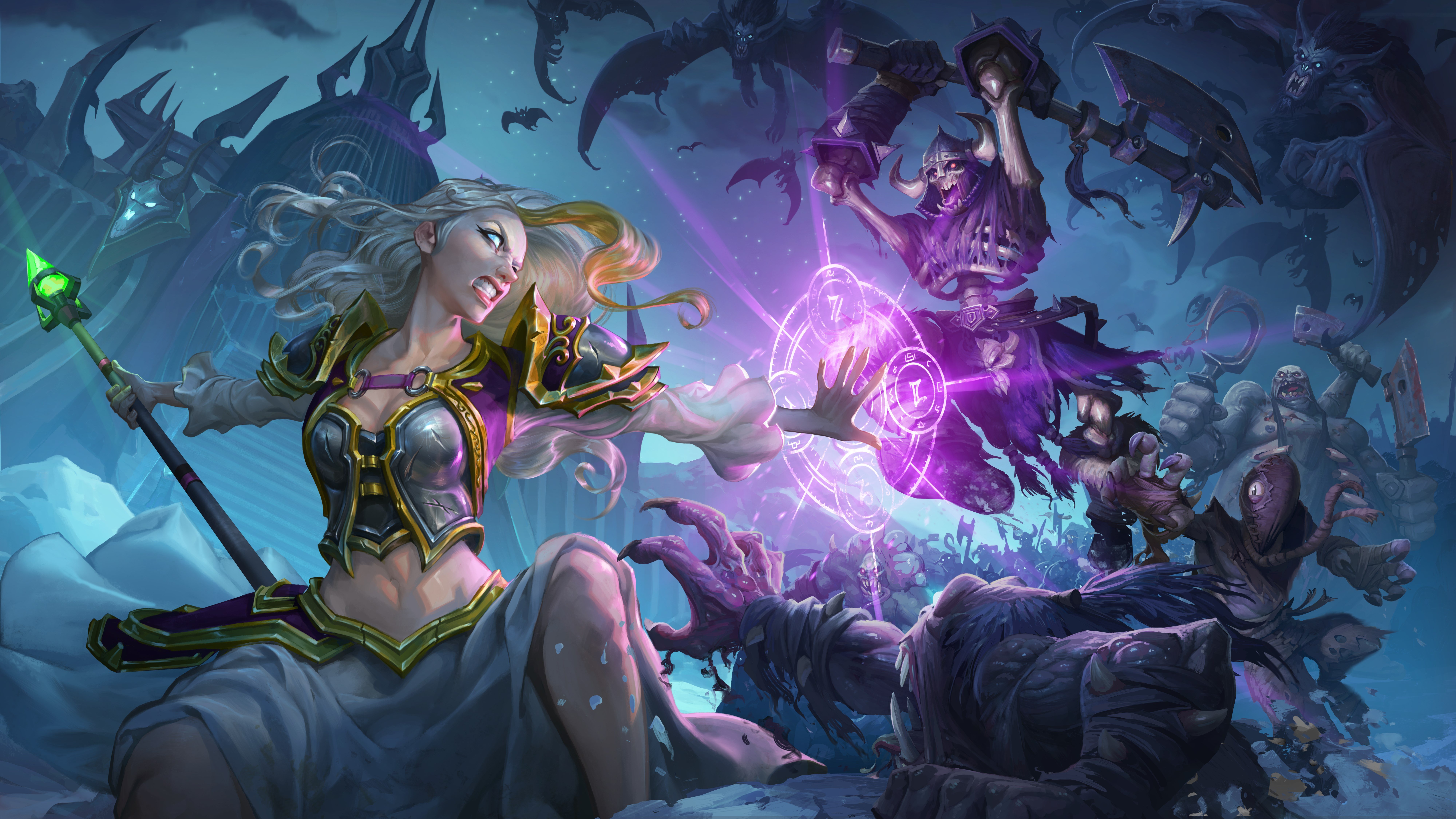 With the introduction of Death Knight Hero cards in the new Knights of the Frozen Throne expansion, many new decks have formed because of these new powerful Hero cards.

One such deck that is popular is Elemental Mage because of the way Frost Lich Jaina affects Elementals in her deck. When played Frost Lich Jaina gives all of your Elementals, in your hand and deck, Lifesteal. Not to mention her new hero power spawns a Water Elemental if you are able to kill a minion with it.

The crucial part of this deck is to draw Frost Lich Jaina early to play here on curve so that your elmentals are given lifesteal. That’s why there should be a lot of card draw in your deck so that you get to that point.

Needing to draw Frost Lich Jaina is a weakness of this deck because that is your main win condition. But when you do hit that point there are great combos in the deck.

The first of which is the interaction of Baron Geddon and Frost Lich Jaina’s interaction with elementals. The two damage that Baron Geddon at the end of your turn will heal you for every damage dealt. Though Baron Geddon may have the best synergy with this deck, your other elementals will still be much stronger with Forst Lich Jaina and will provide strong options as the game goes on.

Another interesting combo features the new mage legendary Sindragosa. Sindragosa spawns two Frozen Champion alongside the 8/8 body, the spawned minions have one health and will give you a random legendary as a Deathrattle. This works great with Frost Lich Jaina’s hero power as you get both a Water Elemental by killing the Frozen Champion with it, but you will also get the legendary card from the Deathrattle.

It is all about the late game with this deck but you have tools that will get you to that point soon and help keep you alive as you find your key cards that will bring you victory. Card draw live Arcane Intellect and Acolyte of Pain get you the big cards you need while secrets like Ice Block and Counterspell help keep you alive.

If you are on a tight budget and cannot afford to craft some of the bigger cards in this deck, they can be substituted by cheap Elementals that will take advantage of Frost Lich Jaina. Cards like Fire Fly, Servant of Kalimos, and Igenous Elemental will provide you strong options. Adding to the Elemental package increases the value of these cards in the later game, even if they are a little bit weak on their own.

Though this may not be the deck that you can climb the highest with, but it is a fun and interesting deck to play and mess around with.