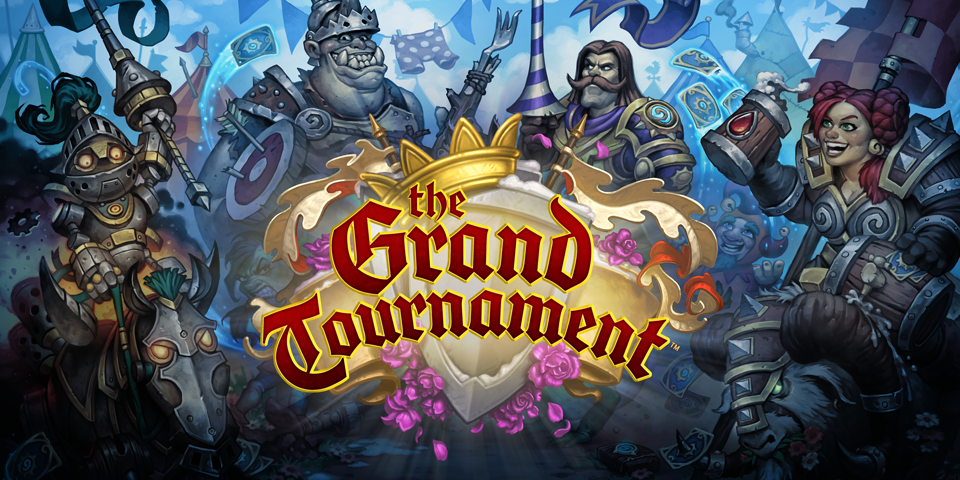 Justicar Trueheart is a 6 mana 6/3 that replaces your hero power with better a one. If you liked pushing the hero power button, now you can do it for twice the value. Well, not all classes get to double their hero power. Hunter gets “Deal 3 damage to the enemy hero”, Warlock can draw a card without 2 damage penalty and Rogue gets only +1 attack on their weapon, which sucks. This card is obviously really slow. To gain good value from it, you need to use hero power at least 3 – 4 times. The most relevant hero power upgrade is probably Warrior’s. Doubling armor gain can prove to be powerful if game draws out. However, Justicar Trueheart is competing for the 6 mana spot with Shieldmaiden. Shieldmaiden gives armor right away, saving you from fast decks and enabling Shield Slam the same turn. If meta slows down, Justicar will maybe replace one Shieldmaiden in Control Warrior deck.

I think Priest’s hero power upgrade can be relevant. Heal for 4 hp can help you survive. Later in the game, with Prophet Velen, it can do some crazy stuff like healing for 8 or Auchenai Soulpriest, Garrison Commander combo for 16 damage. Maybe it will not be that good, but I would like to see the new Prophet Velen Priest deck after TGT.

When Lock and Load is played, it gives you a random Hunter card for every other spell played that turn. If this effect stacks, you can play double Lock and Load, play a few spells, get two cards for each and fill your hand. Hunter has a couple of good, low-cost spells like Hunter’s Mark, Arcane Shot, and Tracking. His secrets are also not that expensive, so you can play them together with Lock and Load for extra value.

I think that this card does not fit in current competitive Hunter decks. However, it can find its place in controli-sh types of decks. We have already seen people trying out Control Hunter that runs Acolyte of Pain, Wild Pyromancer, and Hunter’s Mark. Maybe Lock and Load and other new card will push Control Hunter as a viable constructed option.

I advise you to avoid this card in Arena. You can try it if you have crafted a bunch of cheap spells and no card draw, but do not expect too much.

Blizzard, if you really want Hunters to stop hitting face only, you need to give them better control cards than this. Why would you pay 6 mana for three Webspinners, when you can play Savanna Highmane for the same cost? This card will not be played in constructed decks, because it means that you need to sacrifice the whole turn 6 hoping that Webspinners will return some value. There are much better 6 drops out there than this one.

Arena is a slower format and because of that you can play Ball of Spiders as a card draw. You can treat it as a slightly more expensive Nourish that gives you three 1/1s.

Frost Giant starts at 10 and costs 1 less mana for each time you use hero power. It does not have to be in your hand to get discounted, but you need to use your hero power at least 5 times to get a good price. This means that if you play Frost Giants, you want to play the long game. You want to stall and play hero power a lot. Sounds like Handlock, but I do not think it can find its place there. Handlock already has enough late-game threats. You do not use hero power more than 4 or 5 times per game and until then, Frost Giant would usually be dead in your hand.

It can be used in Echo Mage decks. Echo Mages stall the game. When opponent drops them bellow 10, they fill the board with Molten Giants using Echo of Medivh, then heal up with Antique Healbot or play Ice Block. The problem is that they rely on their opponent to make a mistake and drop them low without killing them or popping the Ice Block. With Frost Giants, Echo Mage would fully control setup of their combo.

North Sea Kraken will become the biggest common neutral card in the collection after TGT is released. At the moment, that place is taken by Force-Tank MAX . We can expect to see Kraken in Arena draft very often and that is because this card is playable only in Arena. In constructed decks, you cannot afford 9 mana 9/7 that deals 4 damage. Big Game Hunters (BGH) are everywhere now when Dr. Balance is ruling a seven mana slot. Sacrificing the whole turn 9 to play North Sea Kraken, just for it to be BGHed, would be devastating and quite possibly cost you the game. Competitive, high-cost cards that are BGH targets usually have an immediate effect like, for example, Alexstrasza or Ragnaros. In many cases, you do not really care if they get countered by BGH because you play them for the effect, not the body.

For Arena, Stormpike Commando is a slightly above average card. North Sea Kraken is basically Stormpike Commando on steroids. While its battlecry can clear smaller minions, with 9/7 body it can also kill Boulderfist Ogre and survive.

With only 1 attack, this card is really bad. The fact that it heals you for 2 every time you use your hero power does not mean much if you wait for turn 4 to deal with turn 1 drops of aggressive decks. By then you are probably dead and Medic will not save you. To make things worse, with 1 attack it cannot deal with 2 drops, so you can forget about clearing that Knife Juggler that is stabbing your face. If you want heal, Antique Healbot is a much better option. I would not pick it in Arena either, but maybe it can help if you play a class that does not heal and you want to stabilize after early aggression from your opponent. However, that is highly situational.

The effect of this card is so cool! It would be good if it was not so slow. Wilfred Fizzlebang is a 6 mana 4/4 that discounts cards drawn from your hero power to 0 mana. When I see that discount I get so excited thinking about a dream: on turn 10 you play Wilfred, tap to draw Lord Jaraxxus and then make 6/6 Infernal with his hero power. Oh its sooo good! And also incredibly unrealistic…

If you want to play this card you would put it in some late game deck with a bunch of high cost minions. Maybe in Handlock? The thing is, more than half of cards in Handlock deck cost 4 mana or less. You need low cost cards if you want to survive to late game. Because of that, there is a high chance you will draw something like Mortal Coil or Darkbomb from your turn 8 Wilfred Fizzlebank/Hero power play. It is just too slow to be playable in this kind of meta. It also contests the 6 mana slot with Emperor Thaurissan.

Holy Champion is Lightwarden’s bigger sister. It has a 3/5 body with same text as Lightwarden: ”Whenever a character is healed, gain +2 damage”.  The reason Lightwarden was not played is because it cannot defend itself, and can be easily removed because of 1/2 body. A common play with Ligtwarden is on turn 6 when you play Injured Blademaster, Light of the Naruu and hero power heal on Blademaster. That gives you 4/7 and 3/2 on board.

Holy Champion is tough enough to survive clash with Piloted Shredder, the common 4 drop in many decks today. After every heal it becomes a bigger threat. Because of that, it can be amazing in Arena. In constructed, if it survives on board, crazy plays may follow with things like Wild Pyromancer and double Circle of Healing. If the board is full, that kind of play can easily buff Holy Champion’s attack to 15+.

This card is so bad – it Saps itself if you use hero power. In constructed, it is incredibly bad and there is no way it will find its place in any competitive deck. Druid of the Flame has similar stats, but is better because it gives you flexibility of playing it as 2/5 or 5/2 and it does not return in your hand if you use hero power. If Druid of the Flame did not see any competitive play, I do not see a reason why Coliseum Manager would.

However, it is an average Arena card. People already play Brewmasters to “heal” their minions after trade, so in Arena, Coliseum Manager can show its full value.

Savage Combatant’s Inspire effect is really powerful. It enables you to use hero power for 3 damage. The problem with Savage Combatant is that it trades badly with Piloted Shredder and cannot really find its place in standard Druid decks. Druid usually runs six 4 drops: two Swipes, two Keepers of the Grove and two Piloted Shredders. You cannot cut Swipe because it is your only AoE removal, you cannot cut Keeper because it is one of the best cards in Druid deck, and there are two reasons Piloted Shredder is better than Savage Combatant in today’s Druid deck. First, sometimes it is hard to remove both Piloted Shredder and 2 drop that gets summoned from it. That extra body can be used for 2-6 damage with Force of Nature/Savage Roar combo. Second, you do not want to use hero power after turn 4. That is the time when you want to start dropping your big minions like: Druid of the Claw, Sludge Belchers, Emperor Thaurissan, Sylvanas, Dr. Boom, Ancient of Lore, etc. Turn 5, 6, 7 are crucial for Druid. That is when they swing the game back into their favor and setup for turn 9 combo kill. Because of that, you cannot afford to hero power even though it deals 3 damage.

Savage Combatant is a beast, so it synergizes with Druid of the Fang. Savage Combatant also represents buff to Webspinner, because its Inspire effect works with Hunter’s hero power.

In Arena, it looks amazing. Although its 5/4 body is easily removable, its Inspire effect is good enough for me. I would draft it almost every time I have a chance.