Control Warrior is an archetype that’s definitely here to stay, Control Warrior is one of the stronger decks out there. I have been playing this archetype for a long time now, and I can assure you that you can reach legend every season with it. Depending on how aggressive the ladder meta is, Control Warrior might just be the best deck you can play. There are different ways to build your own deck, and this article will show you how. 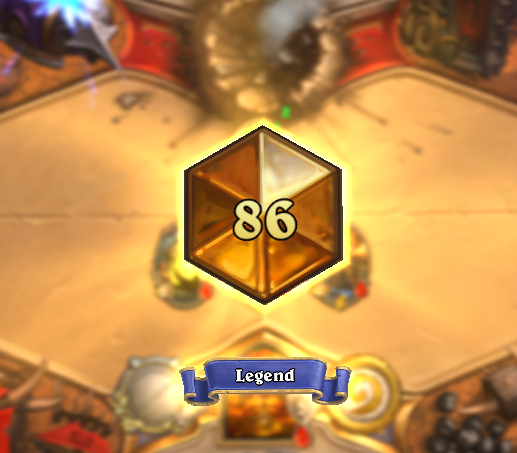 The deck has 21 core cards. The remaining 9 will depend on what matchups you want to be strong against.

Big Threats – Grommash won’t be able to finish the job alone, he needs help. More big threats you have means better chances vs a control matchup. Put less in your deck when you play vs aggressive decks.

Dr. Boom – still overpowered at the moment. Usually, it’s best when you play it on turn 7. If you find yourself in a position where the board is tough to deal with but you don’t want to Brawl it, dropping Boom is a good play. Patron Warrior gets to take advantage of this card; you might consider not putting it in your deck.

Baron Geddon – Control Warrior’s Consecration. It wipes your opponent’s board (most of the time) and is a 7/5 body. Savannah Highmane is one of the scariest cards Control Warrior has to deal with, but with the help of your 1-to-cast removals, Baron finishes the job with ease.

Ragnaros the Firelord – best card if you’re always lucky. It is strong against Freeze Mage and Rogue. If you don’t have a removal to answer your opponent’s big threat, drop Ragnaros and pray you win the coin flip.

Ysera – one of the best late game cards you can play. Ysera is great against the control matchup and Druids. 12 life is hard to deal with so make sure that your opponent has used their removal on your other threats first.

Alextrasza – turn 9 Alex into Gromm combo is the quickest way you can win. Alextrasza will save you when you stabilize a bit late in the game. Going back to 15 life seals the deal vs aggressive decks.

Deathwing – anyone who plays this card on his deck has major balls. It is your “last resort” card and gives you another chance to steal the game. You don’t get to play it in most games though.

The BGH Factor – Big Game Hunter has become problematic for Control Warrior from time to time. It’s a big tempo swinger and it always gets value because we play a lot of big threats. You can take another direction and play threats that BGH can’t deal with. Kel’Thuzad, Sneed’s Old Shredder and Ysera are minions you want to take.

Magic 6-drops – finding the right cards to fit in your slot is crucial. A lot of decks make big plays on turn 6 and 7, like Ancient of War (Druid) and Savannah Highmane (Hunter).

Sylvanas Windrunner – this card usually takes the spot. Great against Highmane or just a minion steal late in the game. Sometimes works as a taunt as players don’t want to give it value.

Emperor Theurissan – not my favorite for this archetype but a lot of players have been getting good results with it. Also makes Sylvanas + Brawl possible without the coin. I expect you to play heavier minions if you have this in your deck.

The Black Knight – comes in and out from time to time. Expect this card to do great work when Taunt Druid is popular.

Sunwalker – is ladder too aggressive for you? Sunwalker is really hard to deal with especially when aggressive decks silenced your Suldge Belcher. The card isn’t that popular anymore but it is still good.

Iron Juggernaut – a card that really catches opponents off guard. Juggernaut works best against combo decks because they draw into the bomb most of the time.

Double Brawl? – the popularity of Patron Warrior has made players add another Brawl in their deck. It’s not wrong to play a second copy but I don’t like it. There are times when it gets clunky in your hand and you don’t really get to play both. Double Brawl, in my opinion, was good back in the time when Mr Yagut made it popular (around 9 seasons ago). Aggressive decks now are not like the ones we fought back then, they are faster, and I don’t know if a 5 cost spell will do the job for you. You can invest your low-cost minions: add another copy of Cruel Taskmaster or Unstable Ghoul, include an Ironbeak Owl to deal with Nerubian Eggs, Mind Control Tech also swings the board to your favor and it costs only 3 mana.

Tech Cards – the deck is reactive so you really have to pay attention to what people are playing. Certain cards will assist you in your road to legend. Here are some you can consider:

Harrison Jones – an auto-include in my list these days as weapon classes are becoming popular.

Gorehowl – works best in a control-heavy meta. It also makes your life easier when you expect people to play Harrison Jones, just make sure you give them your Death’s Bite or War Axe.

Sen’jin Shieldmasta – your baby Belcher. It’s great vs aggro and something to play on 4.

Piloted Shredder – feel like you want to go faster? It gives your deck a midrange vibe. It is tough to deal with and makes your Druid matchup better.

Loatheb – still one of the better 5drops out there. As combo decks become popular, his value becomes so important. Anticipate your opponent’s combo and block it with Loatheb. It is also handy to play on curve.

Whirlwind/Revenge – deals with pesky 1-life minions without you using the second charge of Death’s Bite. Revenge does extra work in some cases, not that bad if you are willing to spend the extra mana.

Druid – drop minions early to seize board. Control the tempo and make sure you stay out of combo range. It’s one of the toughest matchups you will face.

Handlock – handle Mountain Giant with removal. Twilight Drake is a bit annoying cos you don’t want to use removal on it, hitting it twice with weapon is better in my opinion. You should never attack face until it’s pretty late in the game.

Control Warrior – get Acolyte value early in the game. The player who has more cards early on has the advantage. If you do have the advantage, pressure your opponents by dropping threats until they can’t handle it anymore. Be careful with flooding the board, they have Brawl most of the time. Late game, consider fatigue. Sometimes, you don’t want to play your draw cards.

Always remember that you should consider your mana curve when building your deck. Control Warrior varies differently from player to player. Find the version you are most comfortable with, and the one that suits the meta best. Be bold, be creative and always have fun!

I am Chalk, a high-level legend player from the Philippines and an analyst for team Fade2Karma. Please support me and my team by following us on twitter, @F2K_Chalk @Fade2Karma. For coaching inquiries, send me a DM.