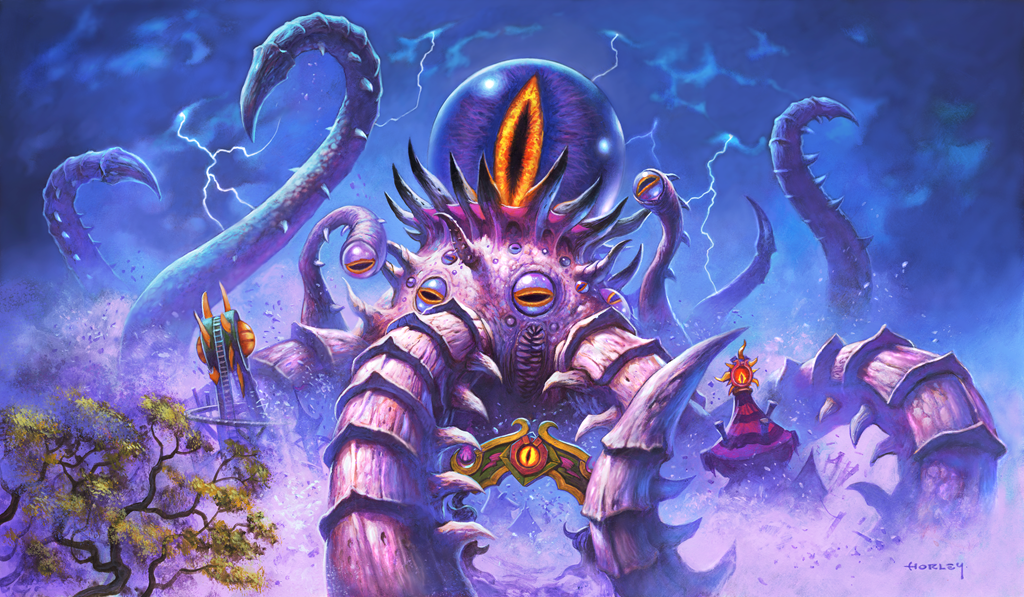 Blizzard has capped off a month of Hallow’s End themed fun with the announcement of Hearthstone’s next expansion, Madness at the Darkmoon Faire.

Alongside the expansion announcement, Blizzard revealed a variety of Legendaries, as well as a new keyword, Corrupt. Cards with Corrupt become Corrupted after you play a card of higher cost with it in your hand. The new Legendary minion Y’Shaarj, the Defiler brings huge support for the Corrupt keyword and will likely spawn a number of interesting decks.

Y’Shaarj is joined by a host of Old Gods that some fans might recognize from Azeroth’s past. If you played Hearthstone during Whispers of the Old Gods, then you likely recognize C’Thun and his crew. Alternatively, if you’re someone who raided during Battle for Azeroth in Hearthstone’s parent game World of Warcraft, you’ve been dealing with Old Gods for months.

Here are all of the Legendaries revealed from the next Hearthstone expansion.

N’Zoth, God of the Deep

Tenwu of the Red Smoke

This article will be updated with all of the new Legendaries as they’re revealed.