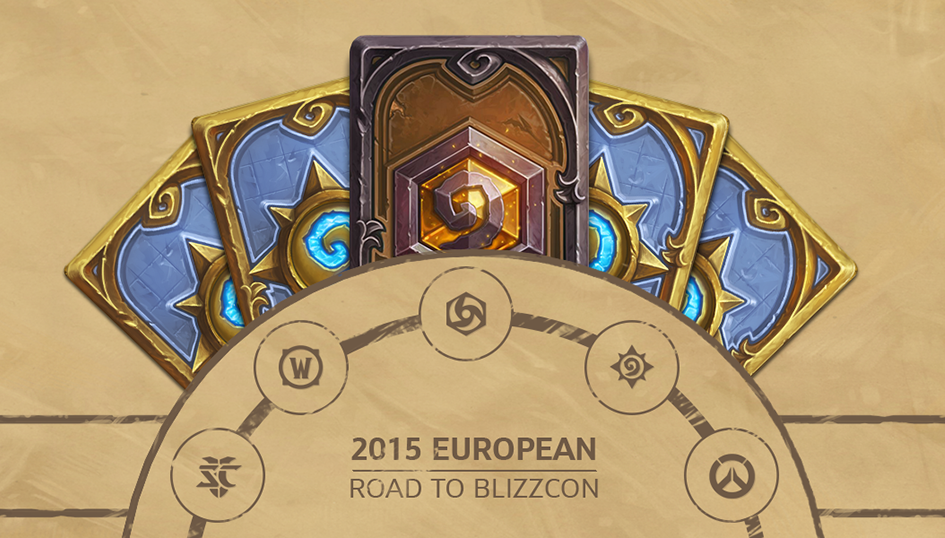 With the Hearthstone World Championship 2015 coming to an end this Fall, we are reviewing the top players from each region, starting with Europe.

The European qualifiers with a $25,000 prize pool finished with ThijsNL coming first and taking a $10,000 share.

Thijs “ThijsNL” Molendijk is a Hearthstone player from the Netherlands, currently playing for Gamers2. He is most known for his ZOTAC Cup results, which gave him some major exposure since he is the most successful player with 3 titles on his cache. Apart from these and among other minor  tournaments, he also went on to win at DreamHack Masters Bucharest 2014 with a runners-up finish at the DreamHack Hearthstone Championship. He is one of the most consistent Hearthstone players in the world, with many high legend finishes and great overall performances at tournaments. There are many from the Hearthstone community that are aleady favouring him as the winner of the HWC. Second place was earned by Neirea, taking a $5,000 share.

Eugene “Neirea” Shumilin is a Hearthstone player from Ukraine, currently playing for Team Liquid. He is most known from his stream and his countless top 20 or top 10 legend finishes in ranked play. He hasn’t competed in a plethora of tournaments as of yet, but he is doing a great job correcting that. He finished top 8 at the DreamHack Hearthstone Championship and has also competed in Vulcun Deckmasters and other tournaments such as Kinguin For Charity – Winter Edition 2015 and Prismata Cup #2, performing well. Coming in 3rd and 4th place and taking home a share of $2,500 each were Lifecoach and Ostkaka, respectively.

Adrian “Lifecoach” Koy is a Hearthstone player and an ex-poker player from Germany, currently playing for Gamers2. With his analytical way of thinking and deep knowledge of the game, he is streaming a lot, interacting with his viewers and also commenting on high-level matches. He has many high legend finishes, including several in first. Apart from that, he also boasts many top tournament finishes in tournaments such as Viagame House Cup #2 and the ROOT Gaming Hearthstone Invitational. He also came in the top 4 at the DreamHack Hearthstone Championship, and was a runner-up in  WCA 2015 – Europe Pro Qualifier, The Pinnacle 2 and Kinguin Pro League 2015 Season 1. There are many that claim that if Hearthstone had more time per turn, Lifecoach would be even more dominant than he already is. And last but not least, Ostkaka, who recently signed with Na’Vi.

Sebastian “Ostkaka” Engwall is a Hearthstone player from Sweden, currently playing for Natus Vincere. He became widely known after his great performance and runner-up finish at SeatStory Cup III. After that, he was seen much more often in tours and competed in ASUS ROG Summer 2015, where he placed in the top 8 and in the Legendary Series Season 2 Finals. He is also known as one of the best ladder players, with many legend finishes. The future is bright for this young one. Which one of these exceptional players is your favourite and why? Let us know in the comments below. Stay tuned for the next part of the series presenting the Americas’ finest.