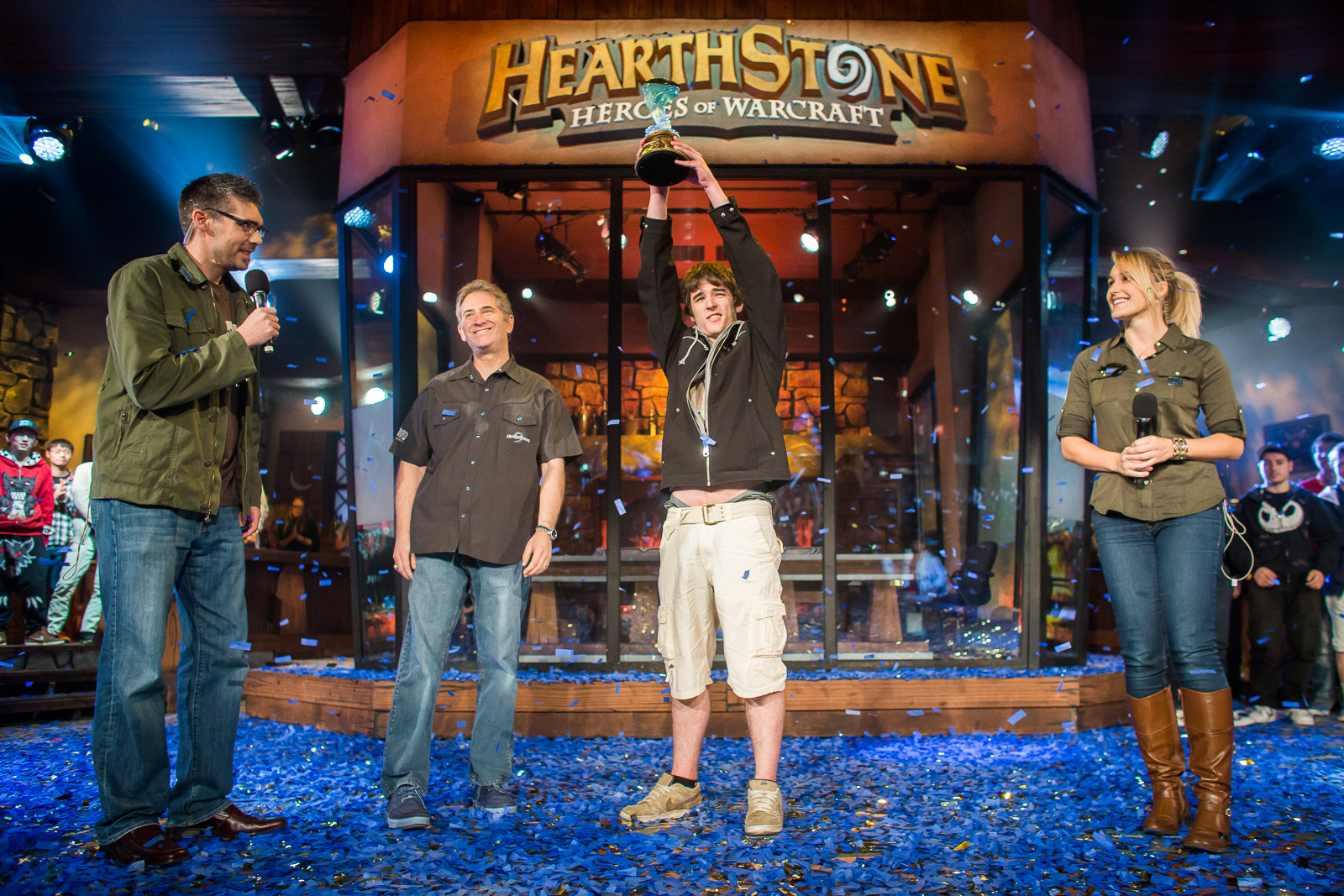 It’s been well over a year since Hearthstone last had a major team league in the West—something fans have been crying out for. Tomorrow the wait ends, and the ESL Trinity Series begins.

Eight trios, flying the banners of some of the biggest franchises in esports, will compete in best-of-11 matches until Mar. 2. The top teams will advance to a live finals at the ESL studios in California, with $75,000 up for grabs for the winning team.

This is a big moment for Hearthstone esports. After growth slowed in 2016, this league could get 2017 off to a big start as the major players in the scene attempt to stabilize and consolidate their positions.

Here’s everything you need to know about the league, the teams involved, and how the matches will play out.

What is the format?

For each match, the teams will submit nine decks—one for each class in the game. Each team will ban out two of their opponent’s decks, leaving seven decks from which the teams pick a final lineup of six.

The teams then play a best-of-11 match in the Last Hero Standing format—once a deck loses a game it is locked for the rest of the match, and you lose when you have no decks left. Unlike the Archon Team League Championships where each player was assigned a couple of decks to play, all six players will be playing every game of every series. They will do so with open communication, which viewers will be tuned in to throughout the broadcast.

The format requires a huge amount of strategy, deckbuilding skill, and team work. The teams will have to argue out each individual play, make their move within the short timeframe of a turn, and try not to fall out in the process. Matches will be long, and real-life fatigue will play a part.

How will the league be broadcast?

The broadcasts will be presented from ESL’s studios in Burbank, California, with TJ Sanders and Brian Kibler slated to call the action.

The players themselves will be playing from home, adding another level of difficulty to the communication, until the league reaches its final stages.

The matches will be played on Tuesdays and Wednesdays starting tomorrow, with two matches per day. Games will start at 1pm ET (10am PT) for the duration of the seven week season and will be aired on ESL’s Hearthstone Twitch channel.

Who are the teams?

The lineup features some of the biggest brands in esports. Two Hearthstone world champions, over a dozen tournament winners, and some wildcards too.

G2 Esports are easily the favorites to win it all. The trio of Dima “Rdu” Radu, Thijs Molendijk, and Adrian “Lifecoach” Koy is the most decorated in the game, with the Archon Team League Championships title also under their belt. The weight of expectation is firmly upon this European trio.

Although the team is relatively new, having just brought on a third member in time for the league, Alliance will be one of the teams to watch. The Swedish organization picked up a trio of players to represent the team and their country in three-time major winner Jon “Orange” Westberg, 2015 world champion Sebastian “Ostkaka” Engwall, and consistent journeyman Harald “Powder” Gimre.

Virtus Pro will be a force to be reckoned with. After starting out as rivals at the 2016 European Winter Championship, Artem “DrHippi” Kravets, Ole “Naiman” Batyrbekov, and Raphael “BunnyHoppor” Peltzer have formed a formidable unit. The team has been represented in countless major tournaments this year, with DrHippi finishing second in the world championship.

CompLexity will be looking to turn potential and underdog determination into results. Jan “SuperJJ” Janssen was impressively consistent throughout 2016, but did not win a major title. Simon “Crane” Raunholst has long been considered one of the best minds in the game but he has also not borne this out with results, while perennial prospect Tugay “MrYagut” Evsan will be looking to show just why he was so highly touted for so long.

The only all-American lineup in the tournament, Luminosity Gaming will also be hoping to live up to their billing. Branded a U.S. “super team” when they were formed last year, DreamHack Austin winner Keaton “Chakki” Gill and the experienced Paul “Zalae” Nemeth will be partnered by top young talent Frank “Fr0zen” Zhang.

Speaking of veterans, 2014 world champion James “Firebat” Kostesich, early leader Cong “StrifeCro” Shu, and 2014 World Esports Championship winner Andrew “TidesofTime” Biessener will round out the lineup for Cloud9. With Firebat having casted more than competed in 2016, StrifeCro having made just the odd appearance and TidesofTime having spent the past two years struggling with whether or not he loved the game anymore, this lineup will now have to deliver on a big stage.

Though 2017 is only a few weeks old, the ESL Trinity Series promises to be one of the most entertaining and competitive events of the year. The players will be tested to the limits of their skills—and Hearthstone fans will finally have another team league to get invested in.