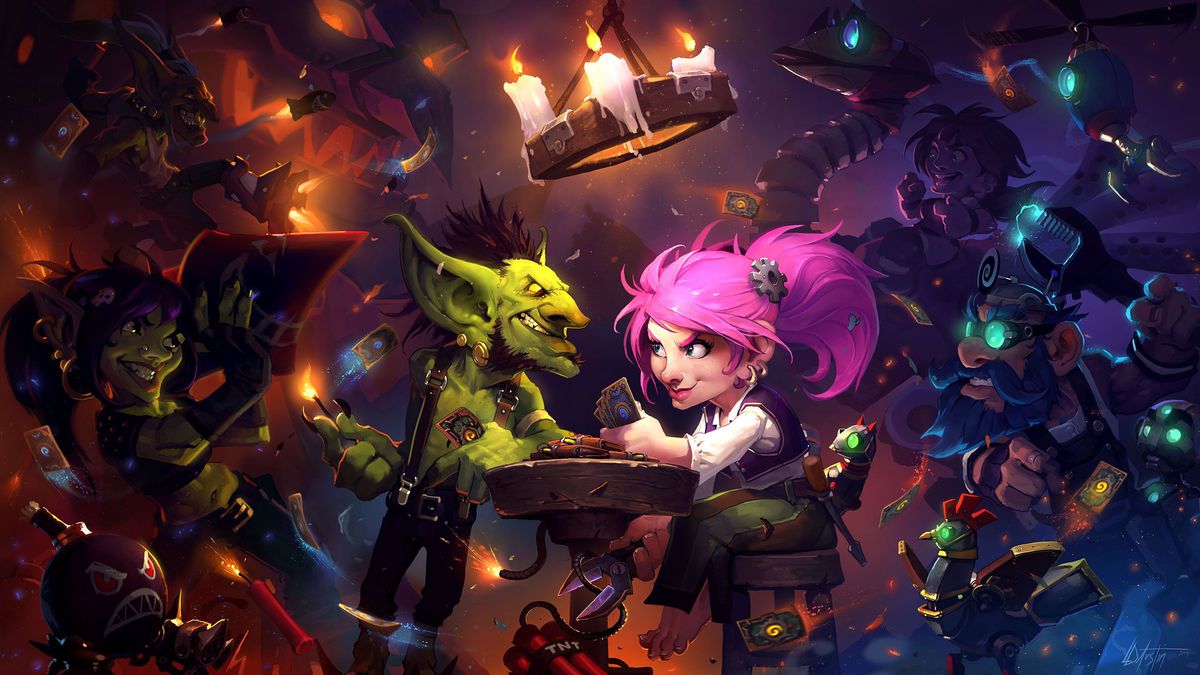 Hearthstone‘s Arena mode has had a Halloween face lift—and it has totally changed how it plays.

For the duration of the Hallow’s End event, Arena drafts no longer feature just the cards of one class. Once you’ve chosen your first class, you choose a different hero power. Then you can draft cards from both classes.

This leads to some pretty crazy decks, and what cards your opponent will have is more unpredictable than ever.

There is one obvious winner in this: Rogue. Stealing cards and benefiting from having cards of other classes to play has been a feature of the class for a while now. Although it hasn’t seen any real play in the Standard, dual-class Arena is its playground.

Two cards in particular are basically broken as hell right now—Ethereal Peddler and Obsidian Shard. Ethereal Peddler is a five mana 5/6 minion, meaning it’s already great in Arena. But in dual-class, its effect reduces any non-Rogue class cards in your hand by two mana.

Obsidian Shard is a four mana 3/3 weapon, not that great normally. But when its cost reduces by one each time you play a non-Rogue class card, it’s nuts.

Losing to Rogue can be a little frustrating, and most players are going to pick it when its an option. Given you get two shots to hit it, it’s a pretty decent chance you’ll see some Rogue cards.

The mode can also lead to some hilarious crazy plays.

Dual-class Arena is a lot of fun, and everyone gets a free entry for the event—but don’t hang around. It’s only available for a week.