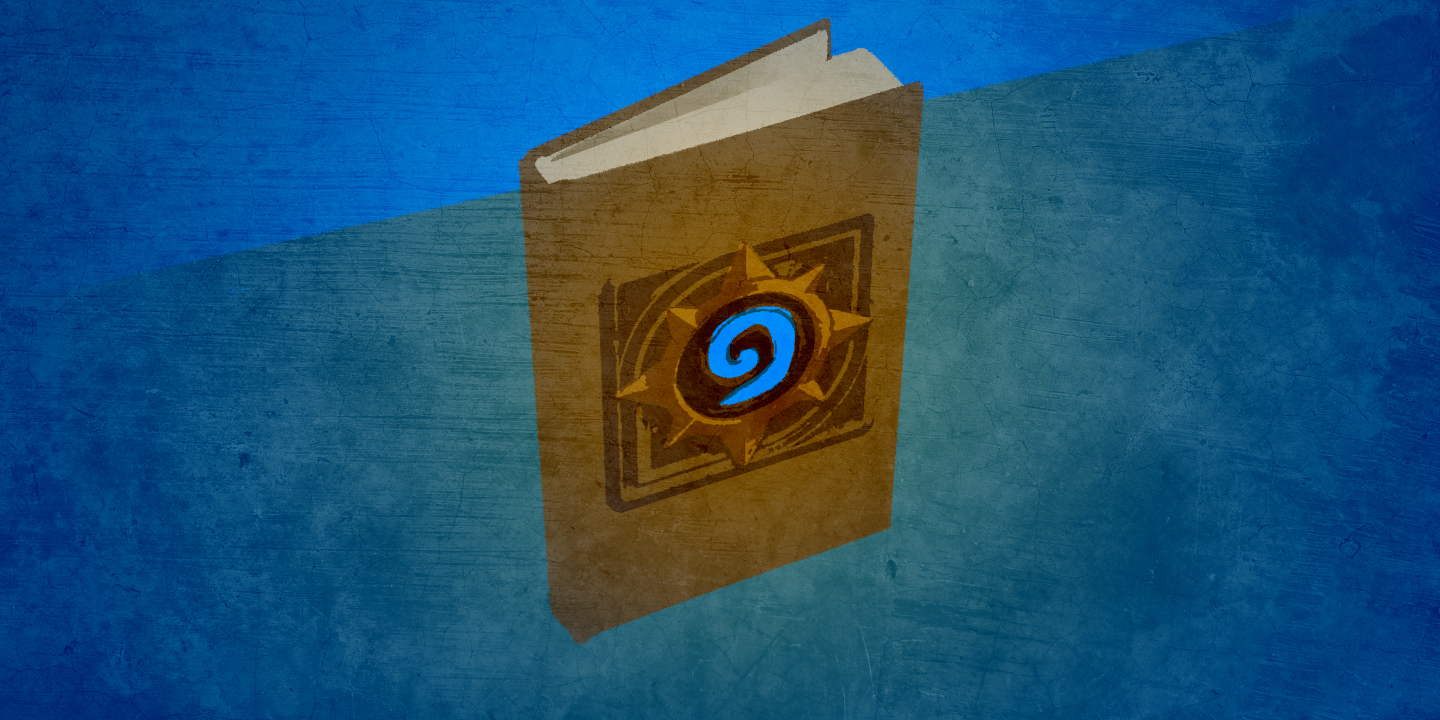 More than 50 million people played Hearthstone in May, according to Blizzard. That’s impressive, given that none of them have ever read the rules for Hearthstone—because you can’t. There’s no rulebook for the wildly popular digital card game. Should there be?

A video game not having a rulebook is normal. Nobody would expect Skyrim or Gran Turismo to have a rulebook. That would be weird. The game engine should handle all of that, so you can just focus on playing. Hearthstone, however, is a video game representation of a card game. The game is all about the direct consequences and interactions of the 850 plus cards. Most non-video games, card games especially, are hard to play if you don’t know the rules.

The basics of Hearthstone take only minutes to learn, which is key to its success. You and your opponent can both be attacked and targeted, you play minions, you point spells with your finger or cursor (depending on the medium). It’s fairly simple. Where it gets more complex is when cards come together and interact in such a way that’s fairly unintuitive.

For example, recently I played a game in which my opponent had a Brann Bronzebeard in play, who causes creature cards to trigger their come-into-play abilities twice. The next turn, he played Blade of C’Thun, which kills a creature when it comes into play, adding the victim’s stats to the rogue’s C’thun. The Blade targeted a 4/4 creature, and because of Brann, his C’thun gained eight attack and health. But how was my creature around to be killed a second time?

Even the most experienced players can get the interactions wrong. Octavian “Kripparian” Morosan has played thousands of hours of Hearthstone and is one of the game’s most popular streamers on Twitch. More than that, he specializes in playing Arena, which has less standardized deck lists than constructed ladder play. In the video below, he takes a rules quiz devised by Hearthstone content creator Disguised Toast. He does pretty well, but not perfect, correctly answering five of the eight questions. The wrong answers really surprise Morosan, and he even goes as far as testing one of the scenarios because he can’t believe it’s true.

Morosan doesn’t think that the game needs a rulebook where all this gets delineated, however.

“While there is some spaghetti code and unpredictable outcomes with specific interactions, Hearthstone really does not need a rulebook,” he said in a Skype interview with me.

“It succeeds, as most great games do, to teach the player how interactions work just by playing the game itself a few times. While the basic knowledge and pattern recognition acquired through regular play sometimes fails to educate players on what will happen in the sub-one percent occurrence scenarios, the unpredictability often comes out positively in the form of surprise and shock value, rather than disappointment.”

In other words, the wacky, unintuitive scenarios don’t happen often enough to merit a rulebook.

Quirks, like some in the video, have bedeviled players since the game has been released. Without an official rulebook to draw upon, players have resorted to methods like requesting (and at times receiving) rules clarifications from the official Hearthstone Twitter account, or creating their own, unofficial rulebook.

The general consensus seems to be that players don’t mind not having a rulebook because the fringe cases where something unexpected happens occur very rarely. Especially in tournament play, players have used their decks hundreds if not thousands of times, and have almost certainly played against every deck present at the tournament. It’s very unlikely they’ll see something they haven’t seen before.

Much of Hearthstone’s success is owed to the fact that it’s easy to learn. Brian Kibler, who has played and designed competitive card games for more than 20 years, said a comprehensive rulebook could negatively affect this quality.

“A long list of rules can be very intimidating for new players and dissuade them from even trying to learn a game,” Kibler said. “Hearthstone has clearly been very successful in attracting lots of people who have never played collectible card games before, and I think a lot of that has to do with how much it feels like a video game as opposed to a card game.”

“If anything,” Kibler added, “having official rules about how things ought to work highlights when things don’t work that way, and calls into question why they work the way they do, which is a rabbit hole that can be dangerous to go down with a truly passionate fan base. “

Blizzard did not make any of the Hearthstone developers available for interview about the subject, but did release this statement by Ben Brode:

“We want players to be able to easily learn Hearthstone through firsthand experience playing the game,” he wrote.

“Sometimes, though, complex edge cases pop up that are not obvious to brand new players. In these situations, the game handles those scenarios so you don’t have to know the rules in advance in order to play. This is one of the huge advantages of an online experience. In fact, there’s a lot of fun to be had from these moments of discovery. If players are looking for information about specific card interactions, there are a lot of awesome resources our community has created, but for most players, these cases rarely come up and they can just focus on the fun.”

Does Hearthstone need a rulebook? As an online card game, that’s mostly a subjective question. Given that top players don’t think it absolutely necessary and Blizzard thinks it might distract new players from the game itself, the answer seems to be a resounding “no.”