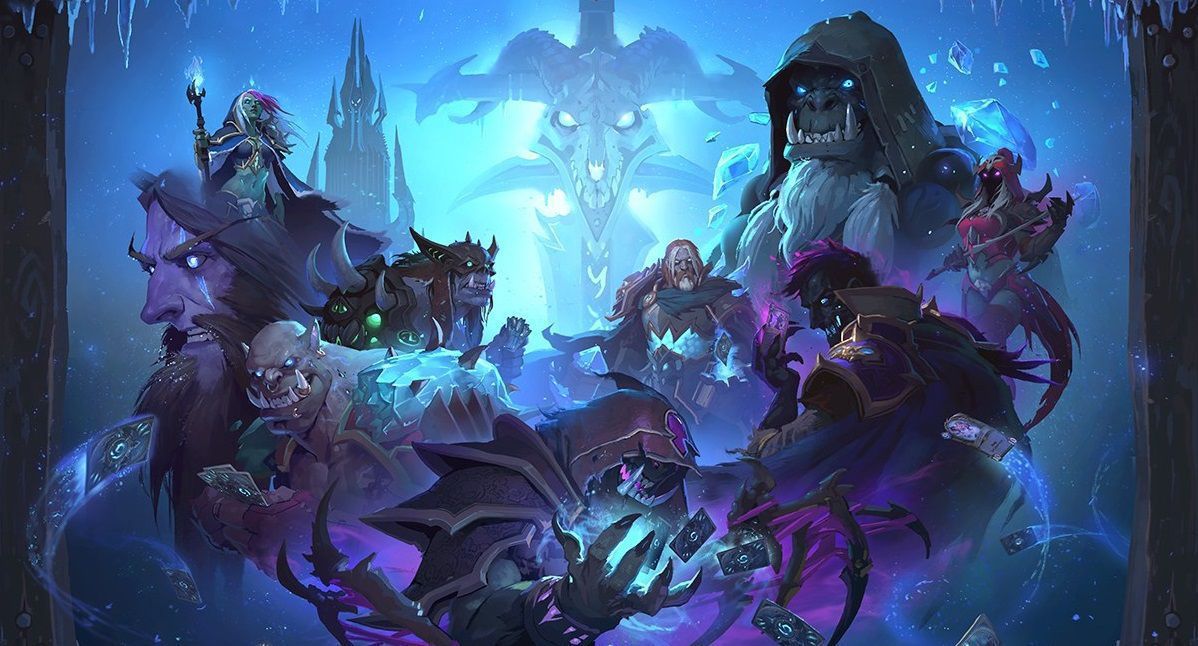 We’re less than one week away from the release of Knights of the Frozen Throne on Aug. 10, and today, two more cards from the set have been revealed.

The demon subtype is often overlooked when building a Warlock deck. The demons themselves either don’t do enough for their cost, or there’s not enough synergy available to promote a winning strategy. Today’s Warlock minion, however, looks like a step in the right direction.

Despicable Dreadlord’s effect will be most effective against aggressive decks, but because its ability is recurring, any opponent will have to respond to this card before developing his board. Dreadlord can set up a strong Defile or Hellfire on the following turn, and because of his five health, will often live through both.

While Despicable Dreadlord doesn’t have the power level to immediately put Control Warlock back on the map, it will see play should such a strategy emerge.

Happy Ghoul is a three mana 3/3 neutral minion. While not so appealing at first glance due to its vanilla body for its mana cost, Happy Ghoul provides a tempo play in the right strategy. Happy Ghoul’s mana cost becomes zero if your Hero was healed this turn.

The Priest class is the most predictable home for Happy Ghoul. Just a simple use of Priest’s Hero Power makes Happy Ghoul a free minion. Cards like Binding Heal and Priest of the Feast can also activate Happy Ghoul’s ability. While Priest’s tempo decks often revolve around spell cards like Divine Spirit and Inner Fire, perhaps Happy Ghoul opens up other avenues for tempo strategies.