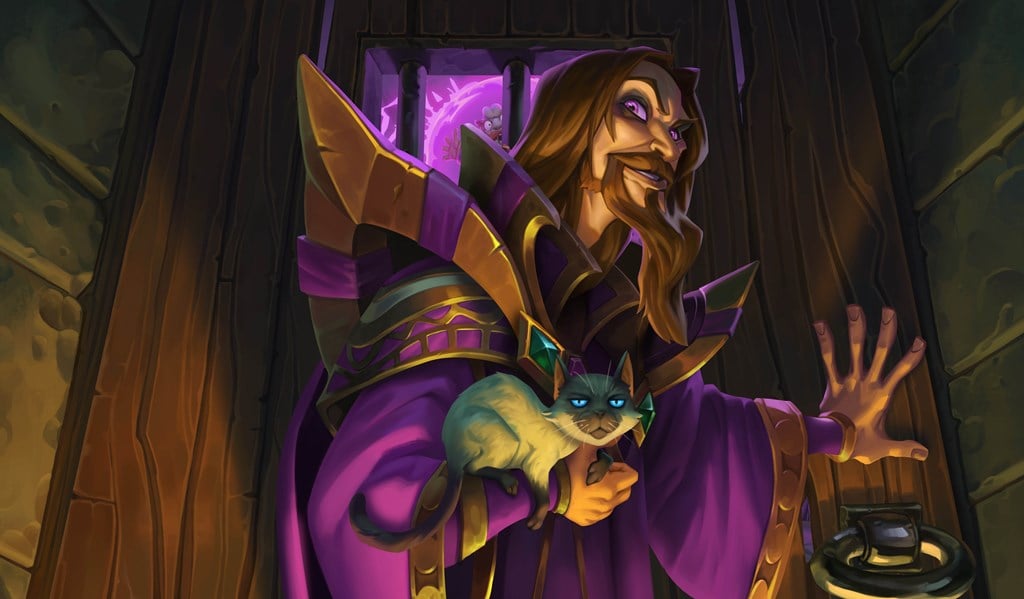 The next Hearthstone expansion is only two weeks away and the card reveals keep flowing. One of the latest cards unveiled today is a new Demon Hunter spell called Glide.

Glide is a four-cost spell that causes you to shuffle your hand into your deck and then you draw four cards. Glide also has Outcast, which means it has an extra effect if you play it from the outside of your hand. If you play Glide with its Outcast effect, your opponent also shuffles their hand into their deck and draws four cards.

Since Demon Hunter went live in Hearthstone, it’s arguably been the strongest class in the game. Though certain matchups could cause Demon Hunter to struggle, its power at launch resulted in the class being nerfed a handful of times already. Tempo Demon Hunter dominated the Ashes of Outland metagame, with a big part of the reason being the class’ powerful Outcast cards.

Since Demon Hunter joined the game with Ashes of Outland, Scholomance Academy will be the class’ first opportunity to receive new cards. This will allow Blizzard to tweak the class and adjust the game as a whole in a way that buffs or nerfs can’t. This could lead to a more balanced experience for Demon Hunter players and their opponents.

Scholomance Academy is scheduled to be released on Aug. 6. Hearthstone players can already pre-order the expansion in the form of two bundles, though.