As a Magic the Gathering veteran, I immediately drifted toward the Paladin when I started playing Hearthstone, as it was a good fit for my favorite deck archetype of all time, the “White Weenie”. I’ve become a mage fan since then, but still like to keep a good Paladin deck to alternate on the ladder and keep things fresh.

The White Weenie was a staple deck that despite ultimately relying on an aggro strategy, focused on fielding durable minions that would often have secondary useful abilities. To me, it always felt the closest to actually leading an army of tiny warriors across the board / playing table.

I was far from being the only old MtG hand coming to Hearthstone with this particular taste, and since the game’s beginnings, Aggro Paladin lists have been around, jumping up and down in popularity depending on the available cards. These lists saw their high point with the Goblins VS Gnomes expansion, and the loss of cards such as coghammer and shielded-minibot with the advent of Standard was a huge blow to the lists.

But not all is lost! The Old Gods bought some nice replacements to make up for those lost favorites. While the new aggro lists are arguably not as powerful as they were in their Goblins VS Gnomes glory days, they can still be competitive and a budget alternative for those that want to climb the ranks with a Paladin deck but can’t get the dust to craft that beast of a deck that is N’Zoth Paladin.

In this deck, on the other hand, most of the legendaries are firmly in the “nice to have” category and can be skipped / replaced if you lack the dust budget. Plus, it’s a comfortable deck to play, very easy for beginners to get acquainted with, and it does well in most matchups. Interested? Read along for my take on the deck, including a card-by-card analysis focusing on their most important synergies – plus some tips for the hardest matchups.

This is a very different list from Joseph’s “Divine Shield Aggro”, by the way – my list keeps a classic aggro paladin core, updates it and gives it some tempo and mid-range options, while his is much more aggressive. You should totally check out his guide and decide what’s more your style.

The Aggro Paladin framework thrives on fielding cheap minions from the very start of the match and snowballing the threat from there, often using paladin buff spells while at the same time using any spare mana to flood the board with the hero power. While the Paladin’s hero power is easily nullified by the Mage’s, the Druid’s and the Rogue’s (in the latter’s case, with a tempo loss to the Paladin player) the point is that the Paladin’s hero power should compliment the other cards on the board, forcing the opponent to let something through the gaps.

Darkshire Paladin takes it up a notch by focusing on increased survival all around. The linchpin of this strategy is the newly-minted steward-of-darkshire but you will soon see that this lovely lass is a removal magnet, so there are plenty of other synergies in the deck to make you you can stay in the game even if you lose her early on.

As for the rest, this is business as usual: you’ll want to start by dropping either a selfless-hero or an argent-squire and then buffing them up with blessing-of-might and blessing-of-kings , or following them with greater treats. Make favorable trades when you can, go face when you can’t, empty your hand, play divine-favor, rinse and repeat.

argent-squire and selfless-hero are your openers. You want to start with them whenever you possibly can.

You may balk at the thought of playing a selfless-hero into your opponent’s hero power without having another critter in the board to grab the free divine shield, but that will usually by a correct play. Remember that your critters are cheap, you can always refill the board with your hero power, and unless your opponent is playing rogue, he’s incurring in a tempo loss. 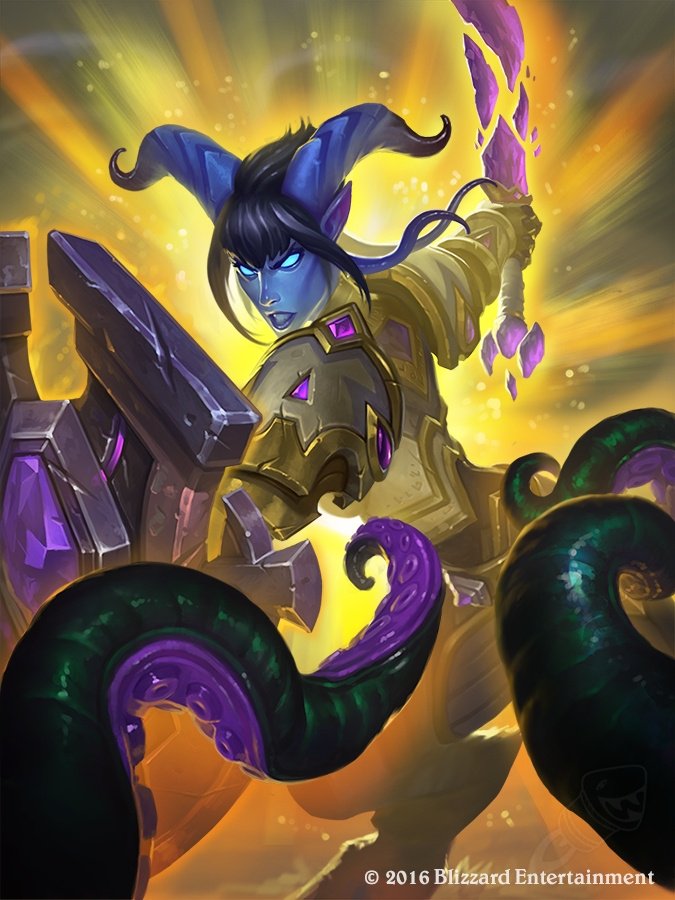 argent-protector and abusive-sergeant are there to facilitate early trades. While some times it may be required to play them just to build up your board, this is far from optimal and should be avoided, as this deck is quite light on removal and so you need to make your trades count.

bilefin-tidehunter seems like an odd choice at first but it synergizes quite well with both knife-juggler and the star of the show, steward-of-darkshire . And there are worse targets for your buff spells.

Almost every minion in the deck works with the Steward, and twisted-worgen is no exception. Even the old favorite, ironbeak-owl can get some Steward love – though obviously that’s a bonus. The owl’s true purpose here is getting rid of the pesky taunts that are the death toll for this deck.

To make the best out of the Stewards’ divine shields, make sure to hold onto blood-knight and rallying-blade , but don’t get too greedy – if you get two activations, that’s already great value! 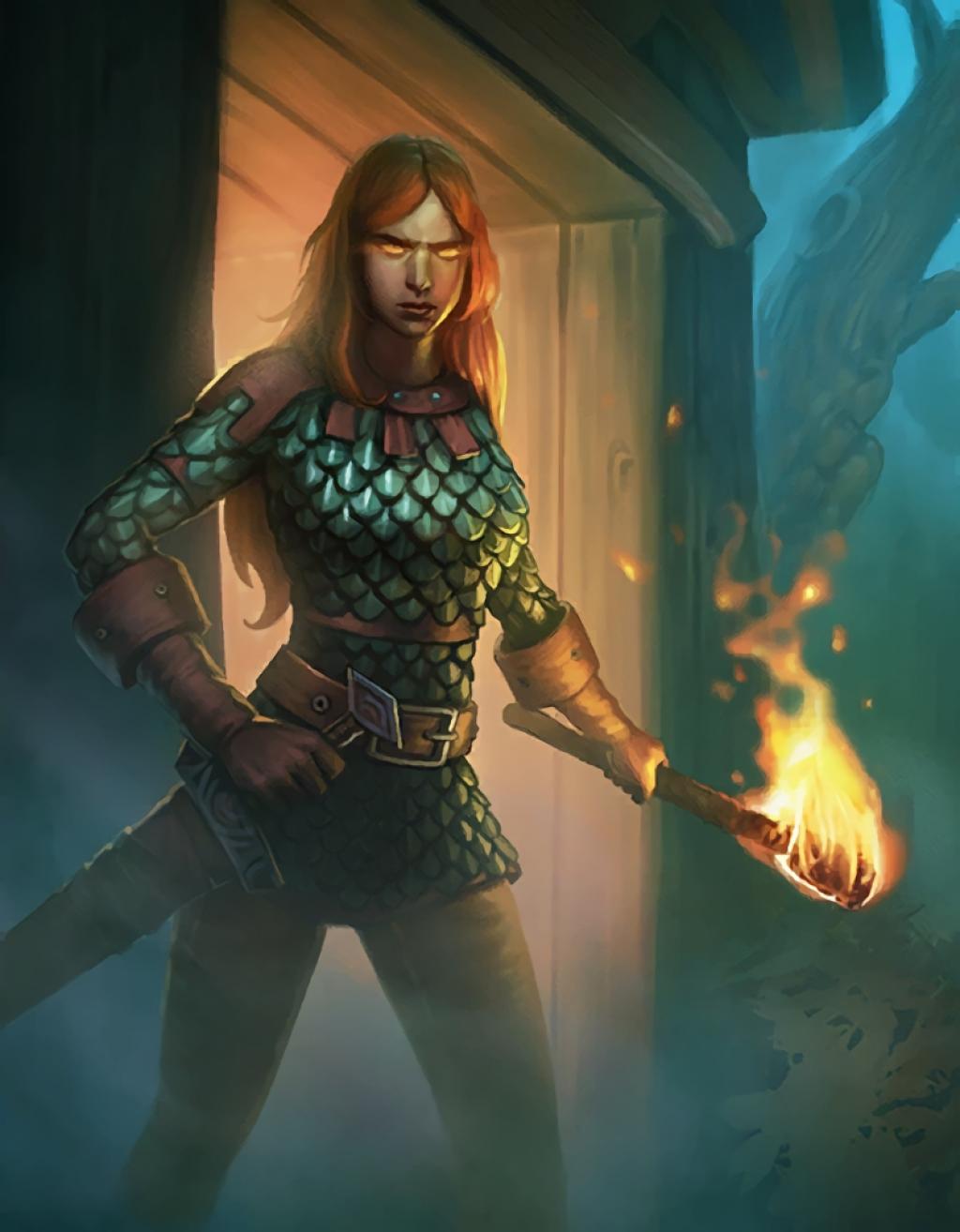 The same can be said about the steward-of-darkshire herself – you shouldn’t just play her “dry” on turn three (unless you are quite sure your opponent won’t be able to remove her, of course), but you shoud’t play chicken for too long, either. This isn’t a midrange deck or even a tempo deck – this is an aggro deck with a strong tempo leaning and a couple of mid-range options.

These mid-range options come in the shape of keeper-of-uldaman and justicar-trueheart . The former can give your weaker minions – preferably the ones with a divine shield – a decent boost to both attack and health, or cut huge taunts down to a manageable size. The latter will let you keep refilling your board even after you’ve exhausted your divine-favor goodness – and bonus points if you’ve managed to draw a steward-of-darkshire in the meantime. Don’t forget that what makes the Justicar such a great card is that her effect stays on even after her death! I’m constantly surprised by how often people forget that in the heat of a pitched game.

Finally we use legendary paladins tirion-fordring and leeroy-jenkins as our finishers. Leeroy is a walking (running!) turn nine pyroblast to the face if you happen to have blessing-of-kings (and close enough with blessing-of-might ). 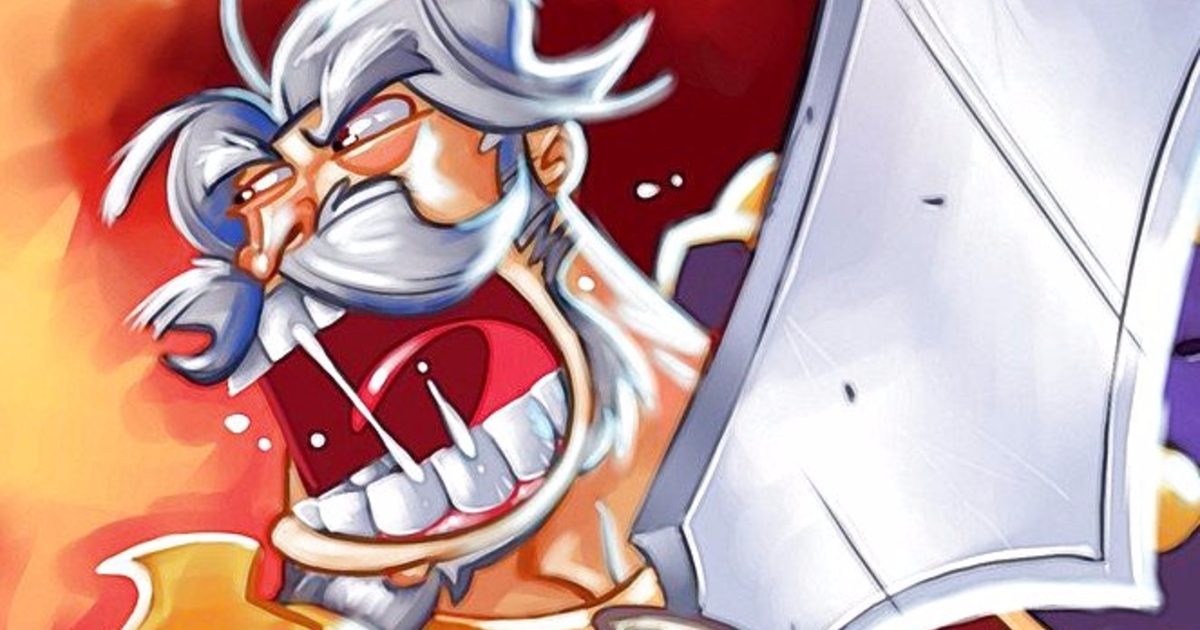 Fordring is a bit slower but the kicker is that, most times, your opponent will be forced to remove it and, barring any silence shenanigans, you’ll end up with a shiny new ashbringer , a decent finisher onto itself.

Now, in my testing I was fortunate not to go up against many taunts. When I did, my weapons and keeper-of-uldaman were up to the task. But taunts are indeed a problem for this deck, and it is especially weak against C’Thun Druid.

If you see yourself meeting many of these across the board, you would do well to swap your mid and end-game tools – I recommend you let go of justicar-trueheart and tirion-fordring – in favour of some combination of equality and consecration.

This is also true, by the way, if you are on a budget and want to lower the decks’ overall cost. The aforementioned cards are a bonus to extend the decks’ life into the endgame, but ideally your opponents should be dead before then.

If you find that you are not fast enough for that, then we can up the deck’s early aggression: remove ironbeak-owl, justicar-trueheart and tirion-fordring for an extra blessing-of-kings and two truesilver-champion.

Again, a leaner, more budget-friendly deck that may even grant you better results on the right meta.

Welcome to the shortest mulligan guide ever. Go for argent-squire and selfless-hero . That is all.

Still here? Oh, ok. If you meet a Druid, you should try to find and keep one (and only one!) of keeper-of-uldaman or ironbeak-owl. Your early game will take a hit, but you’re 100% sure to need it later on, or his first huge taunt will shut you down.

There are better decks to play with if you want to rank with, truly. But not as Paladin, not unless you can afford the huge dust cost of a good N’Zoth Paladin. If this looks like it’s up your alley, Nuba has a great list that you should check out – I might write a guide for it if he doesn’t do so soon.

For the budget-minded Paladin player, though, or for those of us that really enjoy playing this archetype, the Darkshire Paladin will prove a solid way to rank up – just keep in mind that it’s essential to have a notion of what you are up against in the meta and apply the tweaks described in the “Alternate / Tech Cards” judiciously.