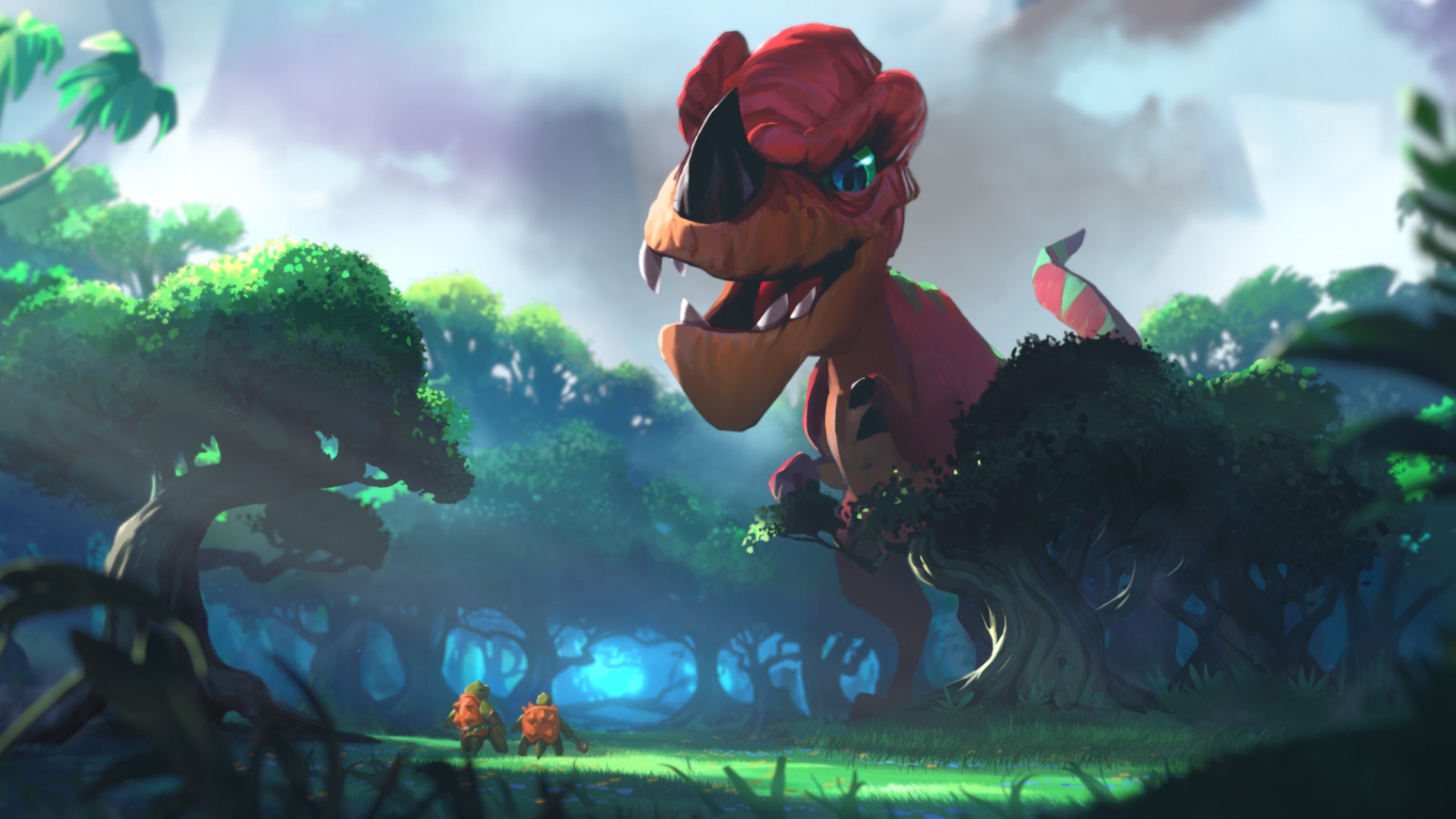 After a three-week break since Journey to Un’Goro it announced as Hearthstone‘s latest expansion, Blizzard is ramping up the hype machine.

With card reveals set to get underway this weekend, the company a new video has been released to tease some of the content players might see in the new expansion.

The video stars Danny Pudi of ‘Community’ fame as Professor George Herbert Doyle IV. In what promises to be the first in a series of videos, he explores some of the plant life in Un’Goro with hilarious if predictable results.

The video has its own comicbook movie post-credits scene. Those who stick through the credits will get a first glimpse at a new Paladin legendary minion. The reward for the Paladin quest in the set, Galvadon’s stats aren’t revealed in the clip. The card costs five mana, just like the previously revealed Priest reward Amara. Blizzard also released pages from “E Malone’s expedition journal” this week featuring reference to a group of “turtle people.”

Between this new video, the original announcement and game director Ben Brode’s incredibly popular rap turn, Blizzard is really upping its game with the video content around this expansion release. Players will be hoping as much effort has gone into the creation of the set when it is revealed over the coming days and weeks.