As a hardcore Mage fan I’ve been slightly annoyed at how little love the Hero has been getting from my Hearthstone Players’ colleagues. So I set to work researching and testing a CThun variant for my all-time favourite Tempo Mage.

Yes, this is fundamentally the old Tempo Mage framework, retooled to make the most out of everyone’s favourite Elder God as an end-game, karate style one-hundred-punch finisher. Making best use of your C’Thun-empowering cards throughout the early and mid-game stages, you not only work to control the board but also prepare to deliver your brutal late-game play.

Interested? Read along for what I believe is the best deck list in circulation and for some important tips on how to play out each game and a card-by-card analysis of the deck’s most important working parts, as well as some general advice on making your Mulligan decisions.

If you’ve got any experience with  Tempo Mage, you’ll find it very easy to find your C’Thun Mage groove. Early on, your priority should be able to assume a quick presence on the board, and then snowball your threat from there while keeping in control.

Your main tools at this stage are mana-wyrm and frostbolt, although you should make sure you keep pushing out as many C’Thun-fuelling minions as possible during the early and mid-game.

Your obvious win condition is slapping down on the board an overgrown cthun and seeing your opponent get eye-punched to oblivion, but the beauty of this deck is that you have a couple of other, very viable finishers – think archmage-antonidas happily giving you fireball after fireball while hiding away behind a couple of twin-emperor-veklor.

Even if you don’t get to this dream scenario, you have plenty of removal to ensure that meaty drops like faceless-summoner and sylvanas-windrunner can still pack a punch.

That’s a pretty happy spot to be in.

arcane-missiles can be useful to deal with an early aggro rush and is especially good at dealing with those annoying divine shields that are starting to become more and more popular on paladin lists. But make no mistake – this card’s primary purpose in this deck is fattening minions.

Early on this means feeding your mana-wyrm, and in the mid-game to late game you’ll want to use it to fatten your cthun via cult-sorcerer. Remember to use it before you make trades or use your other removal spells, so you can maximize its effect and minimize your reliance on RNG.

mana-wyrm is your Most Valued Play (MVP) on turn one and it can easily trade favourably with most early game minions. Feel free to nuke any first / second turn enemy minion with frostbolt in order to fatten the wyrm for the next one.

cult-sorcerer is the new sorcerers-apprentice, only instead of cheapening your spells it makes them nastier – and feeds cthun as a bonus. Do your best to ensure at least one activation from him. Considering his low mana cost and the removal at your disposal, it shouldn’t be too hard.

disciple-of-cthun brings great value to your early game. Its ping can combine with arcane-missiles or a previously played mana-wyrm to assert your early board dominance, while leaving yet one more body on your side of the board. Granted, if you are facing another Mage or a Rogue, it’s not an especially durable body, but even so, it’s something your opponent needs to deal with.

arcane-intellect is your standard drawing engine. In the early game you should use it liberally to fatten either your mana-wyrm or your cthun; in the late game you’ll want to use it to look for your finisher. Don’t rush using up those 3 mana crystals, though.

Unless you have lost control of the board and need more removal options in your hand – and if you’ve gotten to that point, you’re in bad shape – you should always prioritize removing threats and building your deck over hungrily going after the stars of the show.

fireball, flamestrike and polymorph are your mid-to-late game removal and you should use them liberally to ensure your minions maintain their board presence for as long as possible. Don’t play chicken with polymorph unless you suspect your opponent is running a problematic late game minion ( tirion-fordring,  ragnaros-the-firelord, etc) in his list. fireball can double as a finisher if you’ve been able to go face for a good chunk of the match, but you really shouldn’t save it for that purpose.

faceless-summoner is such fantastic value that it’s almost criminal not to include it in any Tempo Mage moving forward. This, along with azure-drake and cthuns-chosen, will be the backbone of your mid-game – and will divert your opponent’s attention from dealing with any early-game minions that you may have been able to keep alive.

twin-emperor-veklor should be your transition to the late game, and it should prove relatively easy to activate his battlecry. Don’t be greedy and try to hold him off until you can combo it with brann-bronzebeard. One activation is usually good enough to stump most opponents, and you want it on the board as early as possible.

Do hold on to brann-bronzebeard in order to draw more value out of your other battlecries, though. Brann is a lightning rod for your opponent’s removal, so if you decide on playing him solo on Turn 3, you’re likely going to have a bad time.

And really, you shouldn’t have to wait a lot. This deck is chock-full with battlecry goodness. At worst, you should be able to use Brann to fatten cthun that much faster.

How lucky are you feeling? Depending on the meta and your own tolerance for taking face damage, defender-of-argus can be switched for an extra  cthun  feeder in the form of twilight-elder or cult-sorcerer. A doomcaller would fit well in the deck’s theme, but I’m not a fan of the 8-mana cost. Feel free to consider it, though.

If you’re more budget-minded, most of the costier cards – sylvanas-windrunner, twin-emperor-veklor and archmage-antonidas – aren’t absolutely essential to make the game work. If you are looking to craft, I would invest in archmage-antonidas simply because he provides an extra win condition.

The others, you can replace with your favorite neutral taunt, or even with an extra  defender-of-argus should you choose to go down that road. Remember that, cool as their effects may be, both twin-emperor-veklor and sylvanas-windrunner are just fancy ways of stalling your opponent until his inevitable demise at the hands (tentacles? eyes?) of cthun. Or you until you can drop archmage-antonidas and fireball his face off.

If you get a mana-wyrm on your starting hand, look for arcane-missiles and frostbolt. Again, I stress that arcane-missiles  are pretty cool to use later on to feed your  archmage-antonidas or cthun himself, but it’s better to use them sub-optimally to win the early game that to save them for an optimal end game scenario that you might never get to. 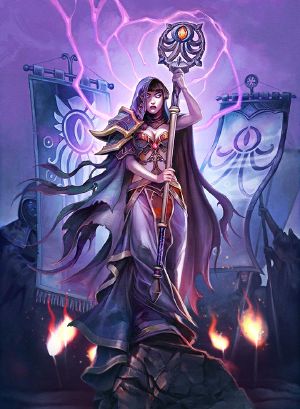 If you aren’t fortunate enough to start with the mana-wyrm, look for frostbolt and cthun feeders.

Other than that, there’s not a lot of specific matchup advice to give at this point in time. Your high value early minions should be your priority against aggro, as current aggro lists will flood the board with much more than your removal can handle. Versus slower decks, however, your removals spells will likely be pivotal in ensuring your mid-game dominance.

While this is a pretty solid platform to rely on while building and learning your C’Thun Mage deck, I’d be lying if I said this is a definitive list. Me – and much more talented builders than me – will likely be tweaking and experimenting with a lot of variants over the next few weeks.

I fully expect this to turn out to be a solid deck archetype up until the next expansion’s launch, though, as most of its cards provide good value on their own and there is plenty of card synergy throughout. The Tempo archetype is here to stay and C’Thun offers merely an interesting twist on it, powerful as that twist may prove to be. 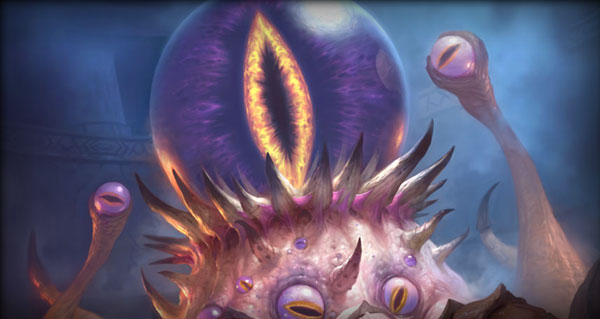 And if you love playing the Mage Hero as much as I do, make sure to also check out Nuba’s crazy fun Tempo Mage build (I have endearingly named it Nuba’s Roulette in my Deck Collection) – though you absolutely have to include yogg-saron-hopes-end for maximum fun factor!

Down in the comments, Fragmatica suggested switching one of the arcane-missiles for an arcane-blast for larger, more powerful minion stopping power.

A mysterious stranger also suggested some modifications, among which I really like the one about replacing defender-of-argus with mirror-image, making it easier to survive the early game.