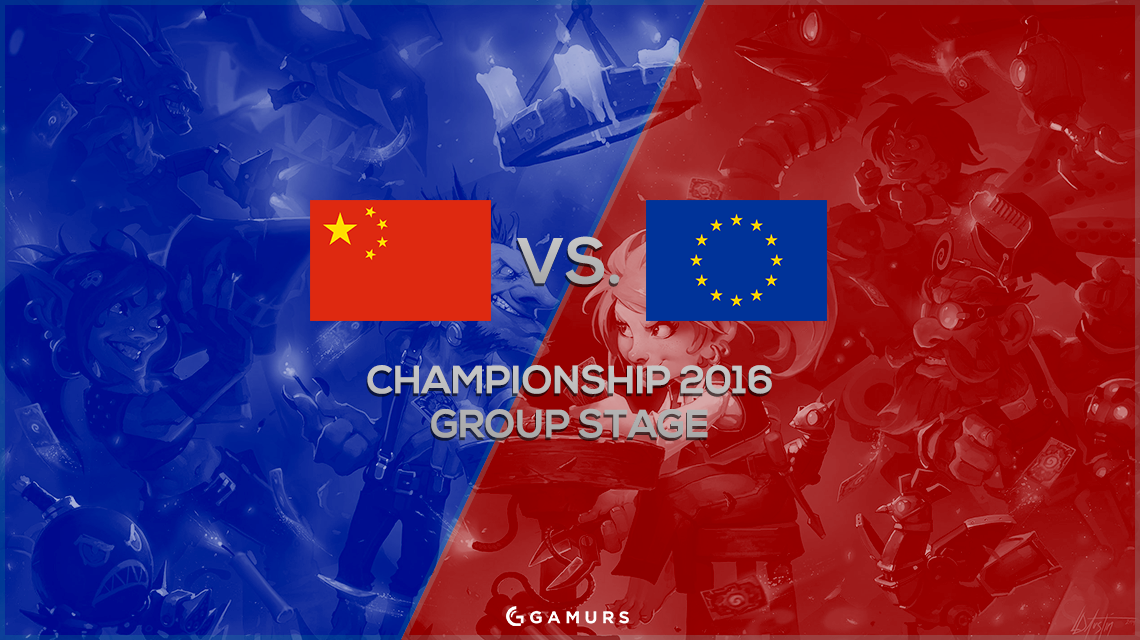 After some pretty intense days for both teams, the group stageis now over and both regions have four players to represent them inthe playoffs. China has shown that they are not here to messaround and they seriously want to win this event and the FerrariCalifornia, along with drawing the score at 2-1 by taking theirfirst win over Europe.

Group A concluded with European dominance as SuperJJ and WorldChampion Ostkaka managed to prevail over NightWalk and Pegy.SuperJJ was the big winner of the group as he won both of hismatches with a total score of 6-2. On the contrary, Group Bwas overwhelmed by the Chinese players as Lovelychook and XingSumanaged to knock Orange and the European Champion Naiman out of thetournament. Lovelychook was able to proceed undefeated as well witha total score of 6-1 out of his two matches.

Group C saw one of the biggest surprises in the tournament asThijsNL was eliminated after losing both of his matches. ZhangBowas also eliminated and the players that managed to make it to theplayoffs were Kolento and Breath. Last but not least, Group D alsohad one of each team advancing to the next phase as Lifecoach andSleepyShaman made the cut over StanCifka and LoveCX. Kolento andLifecoach both went out of the group stage undefeated, winning bothof their matches with a total score of 6-1.

All in all, China has shown that they are not to beunderestimated, and the playoffs will be even more interestingbecause we might as well see someone walk out of the eventwith a brand new Ferrari. The final stage of the event will starton Saturday at 16:30 GMT+8 and you can watch all the action here:www.twitch.tv/neotvbaoxue.