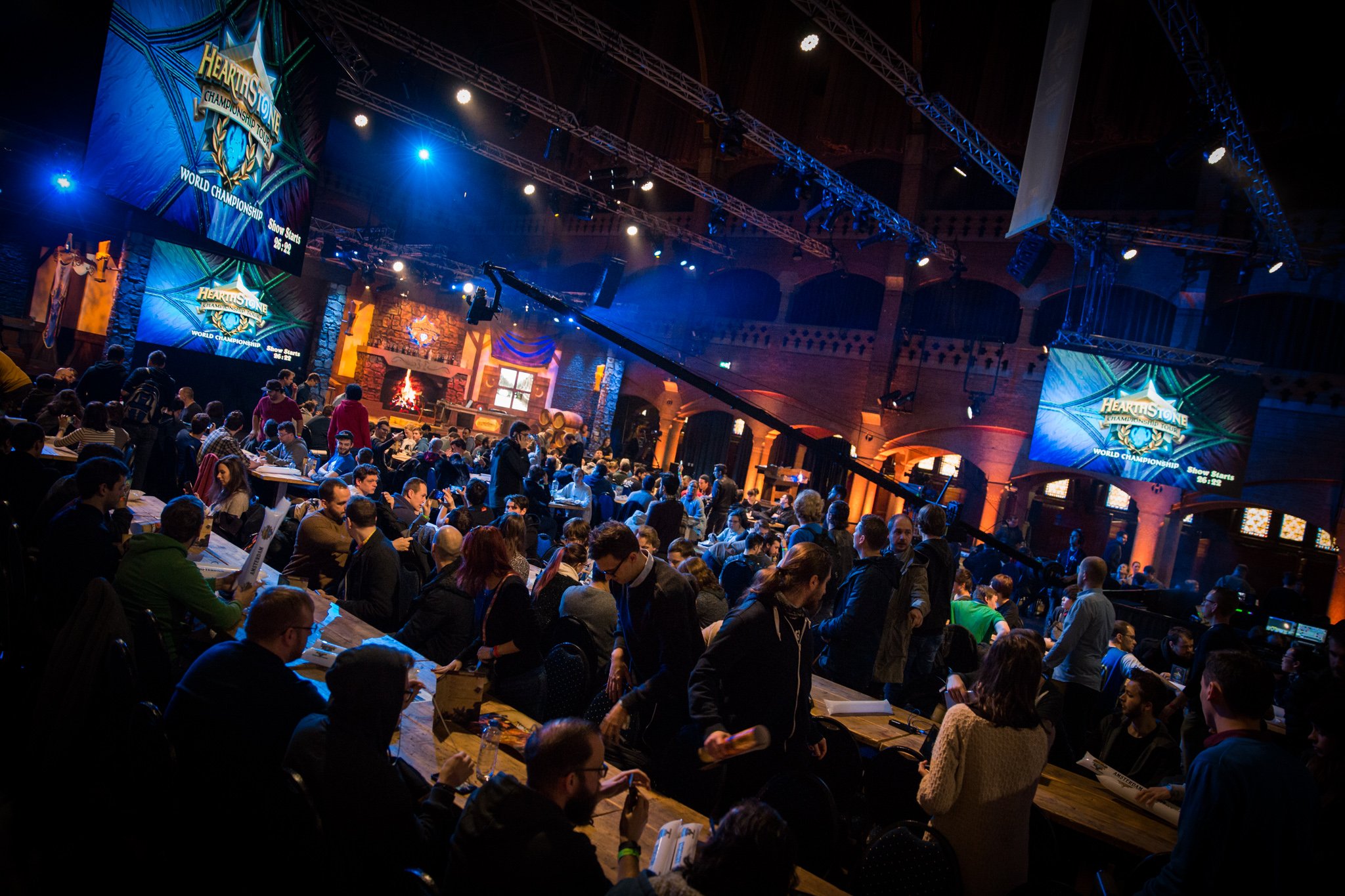 In 2016, Hearthstone esports was struggling.

After the game’s release in 2014, its first 18 months lifespan were filled with esports events. Sponsors and third-party organizers fell over themselves to get involved, and the game nearly reached a saturation point.

But then everything changed. As sponsors realized it wasn’t that easy to turn a profit on the game, they started pulling out. Some, like PVPLive’s Hearthstone Pro League, flamed out spectacularly, failing to even pay its players as the company was hit hard financially. Only some companies like DreamHack kept plugging away at the game.

Blizzard decided to make a change. After running two Hearthstone World Championships, the developer massively expanded its presence in Hearthstone esports. It launched The Hearthstone Championship Tour, with more international showpiece events and more chances to qualify for top prize money events. The Hearthstone Global Games satisfied the itch for team competition, while the Inn-vitational program played into Hearthstone’s less serious side—a strength the game has over other esports titles.

In late 2016, just before the announcement of the 2017 Hearthstone esports program, Che Chou joined as global esports franchise lead for the game. Put simply, he’s the man in charge of everything. He came from a community management and esports background in Halo, and quickly went to work expanding his team to cope with the massively increased workload.

Dot Esports spoke to Che about this shift in approach in 2017, the introduction of Tour Stops earlier this year, and how Blizzard plans to continue to grow Hearthstone esports.

Was there a strategic decision at some point from Blizzard to really get involved in propping up the ecosystem of Hearthstone esports with all these different events?

Che: I don’t think it was ever a question of Blizzard coming or even a concept of Blizzard coming in to revive the ecosystem because it was on the decline. From what I could see coming in for a year it felt like it was Blizzard’s recognition that, whether or not Blizzard gets involved, the community is going to rally around Hearthstone esports. They’re going to organize their own tournaments. They’re going to go the extra step of putting time and energy into creating a scene. I think it was Team 5’s deliberate decision at that point to go and honor that community and say, “Hey, we hear you. You guys have been on your own for a while. We want to come in now and really take a Blizzard approach to organizing Hearthstone esports.” That meant a huge investment and I think last year Team 5 decided to triple the investment.

I think it was basically a recognition that the community was going to do something. We needed to support them and their energy. I think when you talk about ecosystem, some of that was over the last I would say 12 months, my team are taking a more active approach on sanctioning a circular tournament. We wanted to start to create consistency across the HCT competitive field. We wanted to work with our organizers to align on consistency so that when players show up to compete, they’re on the baseline of quality or experience there.

Are you pleased with the impact of the Tour Stop program on regions like Latin America and South East Asia?

We knew we were going to change player behavior when we set out to go Tour Stops but we didn’t know exactly how, other than we anticipated that more people will go because that’s where the points are. The halo effect that it’s had has been that because the story is more unifie, a lot of regions that didn’t previously have much fanfare around Hearthstone esports, like Brazil or even Southeast Asia, they’re starting to just become hotbeds of the competitive scene.

People are showing up at these Tour Stops that they probably wouldn’t have previously just because that we’ve created a circuit where people feel like it’s desirable to show up because there’s a community there. It’s warm and it’s inviting, and we’ve specifically incentivized offline play. Offline tournaments are the future of Hearthstone esports and this is our transition to get there. So, we want to start doing more offline events when we start having people show up to more lifestyle events around Tour Stops.

On the viewership side or on the audience side, we have programs like Copa America or the Thai Major that got much more viewership than we thought they would because going on previous baselines they’re typically lower, so that was also a pleasant surprise.

Is the development of these offline Tour Stop events the natural evolution of the Fireside Gathering program?

I would see it as an organic cousin of the Fireside Gathering program. Hearthstone is a game meant to be played in person with another person. It’s a game obviously born online and it’s very efficient online but there’s no Hearthstone experience like an in-person experience. Having been to both Fireside Gatherings, as well as championship esports events for Hearthstone, just being there and immersed in that energy with the community, especially when there’s a curated event happening like at a Fireside Gathering, that feeling is unique to Hearthstone for sure.

When a third party like DreamHack want to host a Tour Stop, how does that process work? What input are you having into how that event is run?

With DreamHack in particular, it’s pretty straightforward. They basically put on an event. They front all of the production costs and we work with them on things like timing, branding, and consistency but for the most part it’s their event. That’s how they want to run their business, that’s fine. Honestly, that is ideally the path that we want to get to.

How did the Witchwood Inn-vitational come about, and how difficult was it to put together an event the day after an expansion release?

The Witchwood Inn-vitational was this idea that came out of a collaboration between our community team and the esports team together because the idea was, “Hey, you know what? There’s all these crazy new cards and all of these cards cycling out.” There’s going to be this huge question mark on how the game plays among our most influential players. Esports has an angle we could take with that and the community team and our team got together. We wanted was we wanted high profile players, influencers, and esports personalities to just get together and match up with interesting formats.

We put it together in about two and a half weeks. It was pretty spontaneous I would say, but I’m overall glad that we can be agile like that and have an event that soon. As to challenges, mostly, I think just being able to find the right production partners and making sure we could put together something that’s fun and can showcase the new cards. Then I think in terms of the game itself, we did talk to Team 5 about the proximity of when this was landing in relation to their release.

How do the Inn-vitationals fit in to the wider Hearthstone esports plan?

It was something we came up with early last year. We didn’t really know exactly where we were going with this but we knew that we wanted a counterpoint to HCT that wasn’t serious esports 24/7. We can just experiment with it, and I think we did the first experiment at BlizzCon since we moved the World Championship out of BlizzCon for the first time, and the idea was we knew that we wanted it to be hype but we didn’t want it to be the same thing as your standard play.

I think that it’s still something we’re experimenting with. Ultimately, the brand will go on but I’m pretty bullish that we can stand up fun things quickly, and that we now have this program that we can call it something.

How important has it been to bring on people like TJ Sanders and Gnimsh to the esports staff, who have experience on the other side of Hearthstone esports?

it’s been critical, I would say the first thing you need in esports is obviously subject matter expertise. T.J obviously is just good at the game and you have to be good at the game to cast the game well. All across the team, it’s just full of guys and girls who are just immersed in Hearthstone all day. You need the authenticity because esports communities will sniff out anything disingenuous. Folks like TJ just bring that perspective that grounds us in the game so it’s great.